In summer Japan transforms itself to an endless party of festivals (matsuri 祭). In every prefecture, from the smallest town to the largest metropolis, events are held practically every week. It's hard to keep track of all the matsuri, especially in the larger cities. It's not uncommon to casually find yourself in the middle of a crowded street with people screaming, dancing and doing the craziest things.

It was the 4th of August 201and I was wandering in the center of Sapporo. I love to get lost by walking around without an exact destination. I was in the central area of Susukino (すすきの), the beating heart of Hokkaido's capital. Turning a corner, I run into a crowded side road with tens of food stalls selling every kind of food. On the main boulevard people dressed in traditional clothes were screaming like crazy, floats displaying miniature shrines were parked along both sides and a guy was warming the crowds with his crescendo from a stage. The show was about to begin.

In a few minutes participants with the same costume grouped together, each around one of the floats. At the signal of the directors, the groups lifted the massive wooden floats. Onto every of them a guy was standing balancing himself. He then started to scream rhythmically, waving a folding fan, and the hundred or so people below started to make the whole thing jumping up and down. The intense struggle was clear looking at those sweating faces, a cluster of bodies working synchronously in a perfect show of rough physical strength and teamwork.

It's a common belief that Japanese people are shy, maybe they are in normal life, but not during a matsuri like this. You will find people stopping you asking to take pictures of them and with them, screaming aloud in every direction, always happy and showing big smiles. It’s a very pleasant atmosphere and you can really feel the positive vibes in the air.

The next show was a dancing competition between eight different mixed groups of boys and girls performing Yosakoi dance. This traditional kind of dance originated in Japan more than sixty years ago and it's often part of this kind of events all over the country. The colorful costumes and the synchronous moves resembled very different characters, from martial artists to countrymen or soldiers. All the choreographies had unique elements to differentiate from the others: a guy waving a huge flag, people playing drums and even the traditional dragon dance.

When all the shows ends and the streets come back to normality, it feels like waking up from a dream.

Just get off at Susukino subway station and you will find yourself in the middle of the action.

Born on a cold day in December 1984, I am a computer engineer in Verona. I love martial arts, travel, Japan, food and of course photography. Photography is not only looking for beautiful pictures, it's more, much more; It means keeping memories, details, and moments that will inevitably become more and more blurred in our memory; it means waking up when everyone is sleeping; getting excited at the frost or under a thunderstorm when everyone is running away; learning to wait and knowing the surrounding environment; looking for new places and exploring forgotten ones, it means being able to see and enjoy what is surrounding us learning to observe with different eyes. 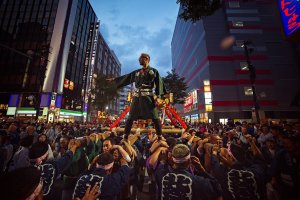 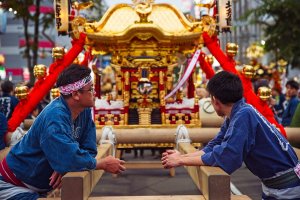 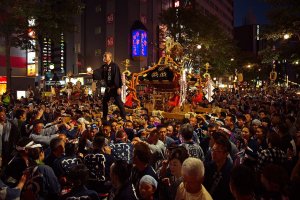 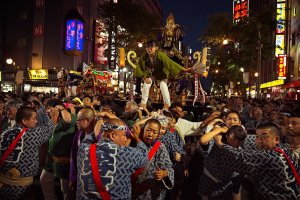 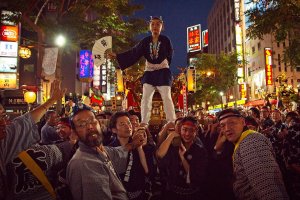 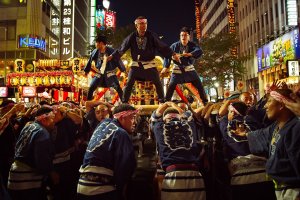