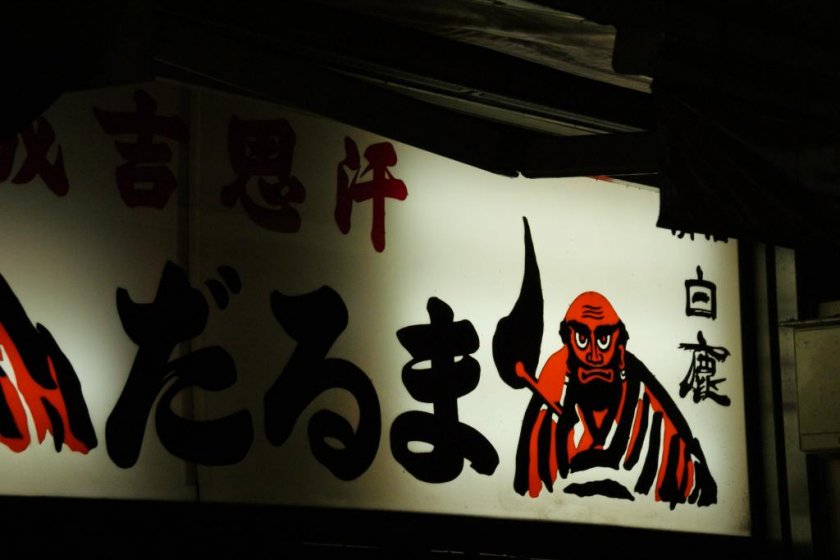 Those that think Sapporo is devoid of any real sites of interest or has nothing of real value to offer have completely missed the point. Hokkaido is a nature lover’s paradise and the gateway to all that beauty will most likely see you land at Shin Chitose Airport just outside the island’s largest city. While it’s true that Sapporo may not have a vast array of prototypical tourist destinations, it makes up for it with its restaurants and bars. Much like Osaka in the Kansai with its Kuidaore (loosely translated to eating and drinking oneself to ruin), Sapporo is the culinary epicenter of Hokkaido and it’s this aspect of the city that one should capitalize on.

After it was suggested that I try what the locals refer to as Genghis Khan grilled lamb, I couldn’t resist the prospect of table-side grilled meat over charcoal accompanied by mugs of cold beer. My city contacts met me near Odori Station in the center of town and we were soon on our way to Daruma Barbeque on the outskirts of the Susukino entertainment district.

Daruma doesn’t pull any punches — what you see is what you get. The mark of a good restaurant can be extrapolated by the length of its menu. I’ve found that a restaurant’s menu length is in inverse proportion to the quality of the final product. An establishment with a six page menu with everything from pasta to something referred to as “Thai” salad will end with mediocre, mixed or farcical results. Conversely, if a menu is succinct and small, you’re most likely in for a good night.

The menu at Daruma was only slightly longer than the typical dessert menu at a Chinese restaurant. The three of us sat down at the 15-seat u-shaped counter and promptly had a bowl of raw, sliced lamb placed in front of us and convex iron grills placed atop fiery embers of charcoal. A cube of fat along with sliced peppers and scallions were added by the counter ladies and we were off! I ordered a side dish of kimchi, one of my dinner companions asked for a bowl of steamed rice and we each had a tall mug of ice-cold beer.

We spent the evening grilling meat, shifting around the veggies until they were charred to our liking and then dipped each delectable morsel in the soy-based sauce (you could add chopped garlic and red chili flake to taste from condiment jars placed on the counter).

The place was packed and as soon as one group got up and left, another soon snapped up the vacated seats. The “Genghis Khan” style lamb is an example – one of many – as to what makes Sapporo so great: The food and the drinks! 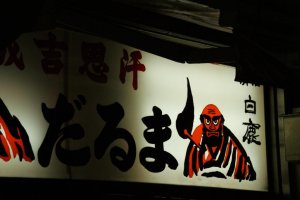 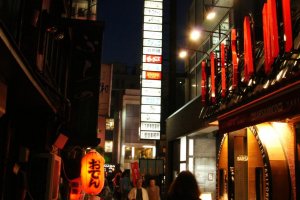