In the cosmopolitan neighborhood of Kitano-cho 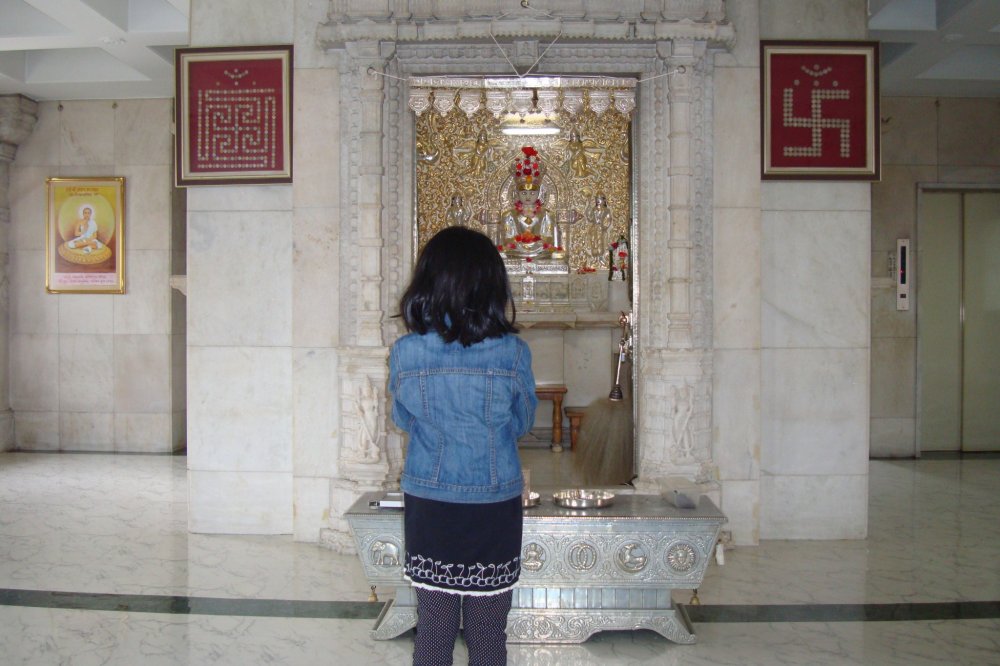 The second floor has the idol of Bhagwaan Mahaveer. My daughter was pleasantly surprised with the Indian ambience in a real temple in Japan. You can sit on this floor, offer prayer and meditate. 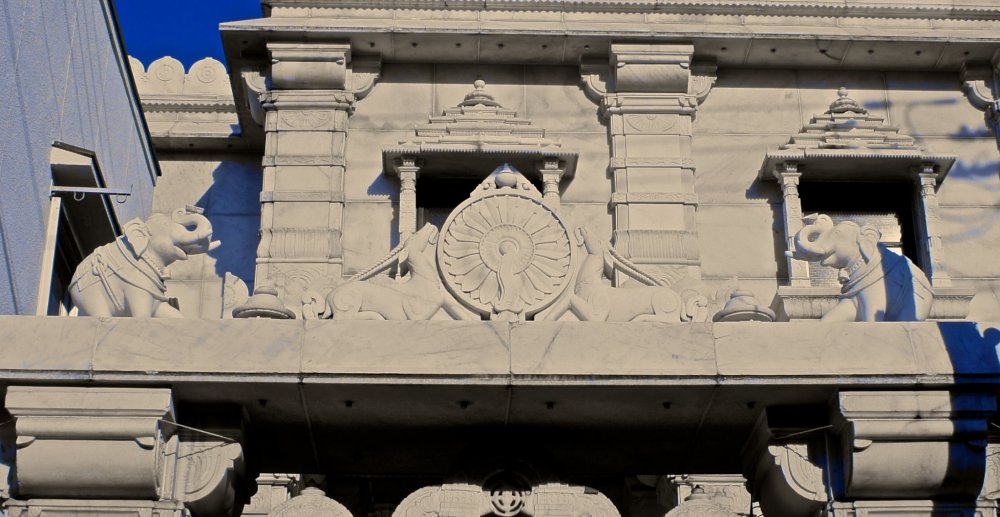 The architectural detail of the temple is extraordinary. The entrance is encrusted with tiny elephant sculptures, and it actually looks like a mini-Angkor Wat. The doors and the windows are also elaborately designed. You can spend quite some time here just watching the architectural beauty. 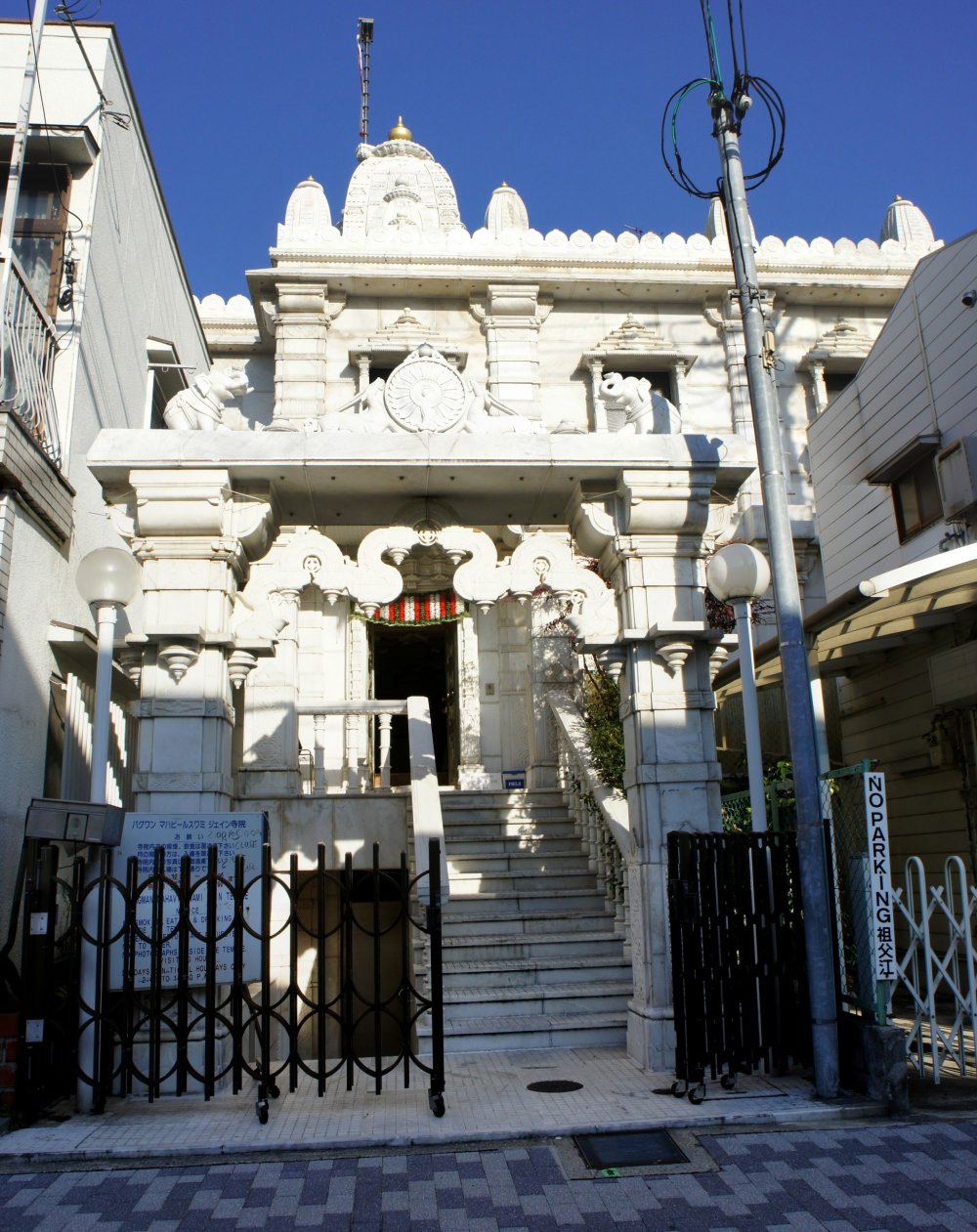 Kobe Jain Temple was opened on June 1st in 1985, when the Indian community in the city of Kobe was at its peak. The trust which maintains the temple, Jain Sangh of Kobe, consists of members from the local Indian business community. 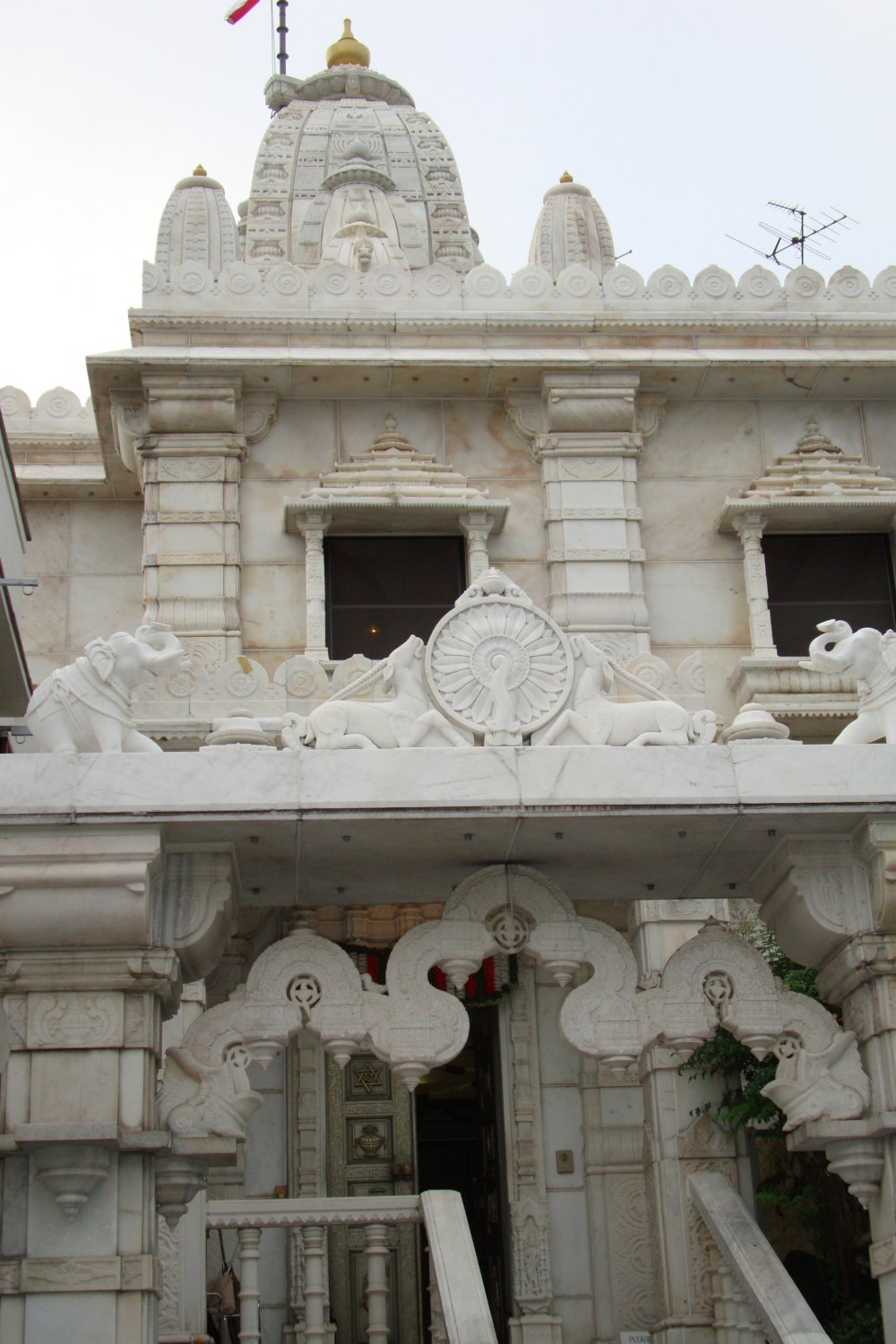 The structure is beautiful, made from sand stone and white marble, and the idol of Bhagwan Mahaveer was specially flown in from Mumbai, India, in the year 1984. To enter the temple, you will need to take off your footwear at the entrance. 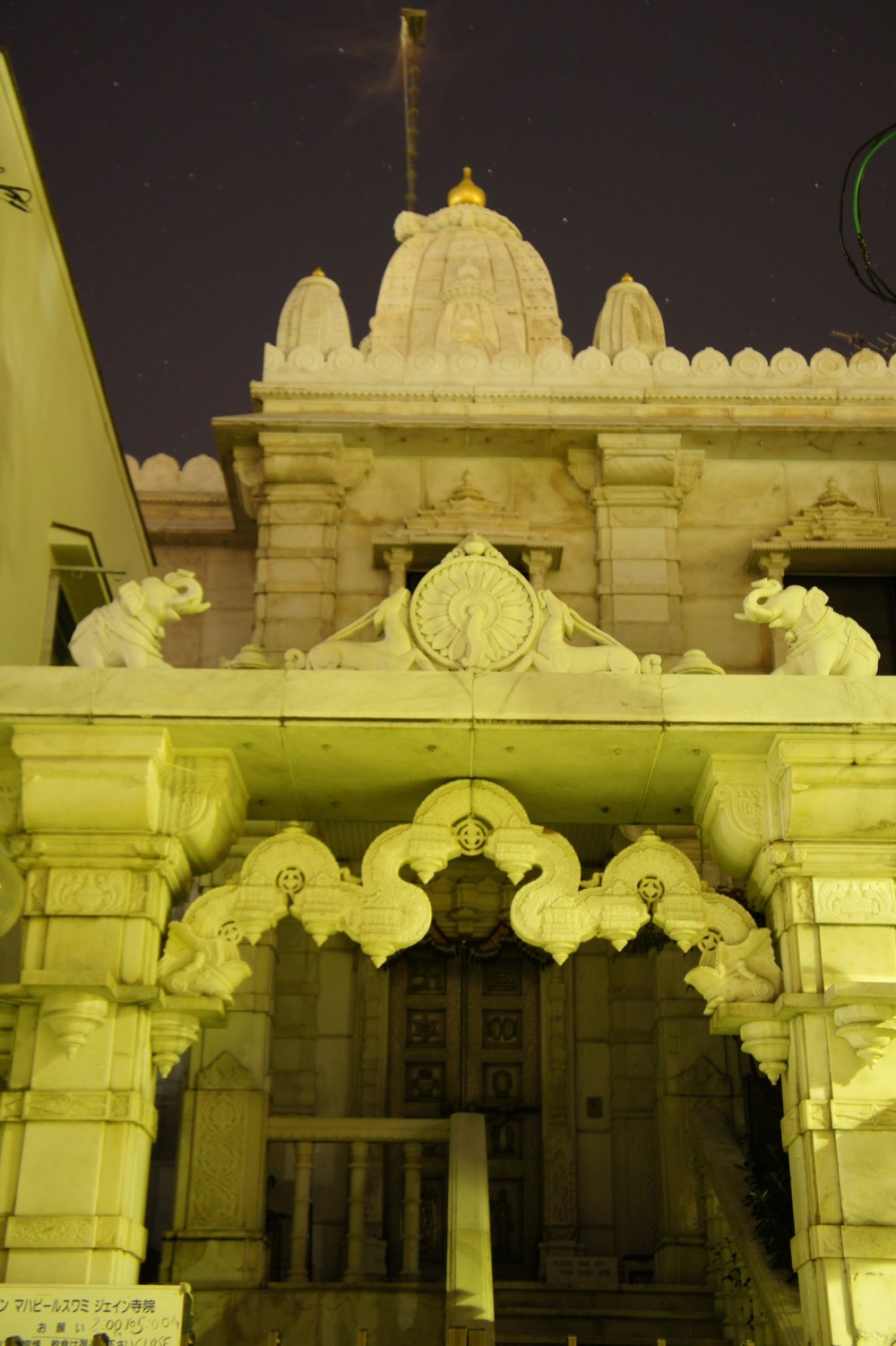 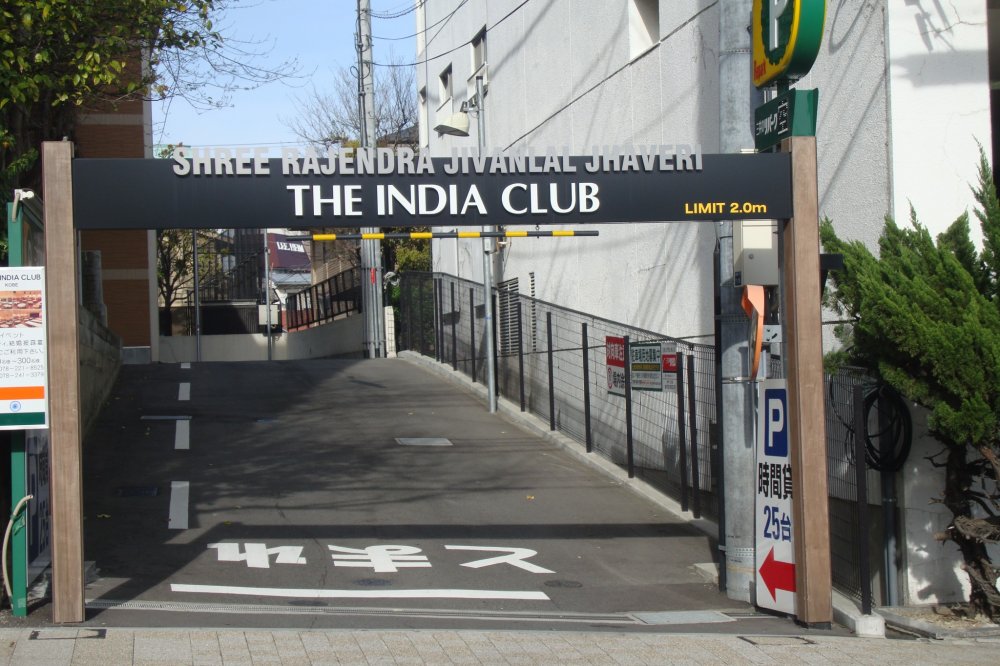 En route to the temple is "The India Club" which was established way back in 1904. The Indian footprint in Kobe is much older than the one in Tokyo, and most of all cultural activities and Indian festivals are held here at The India Club. 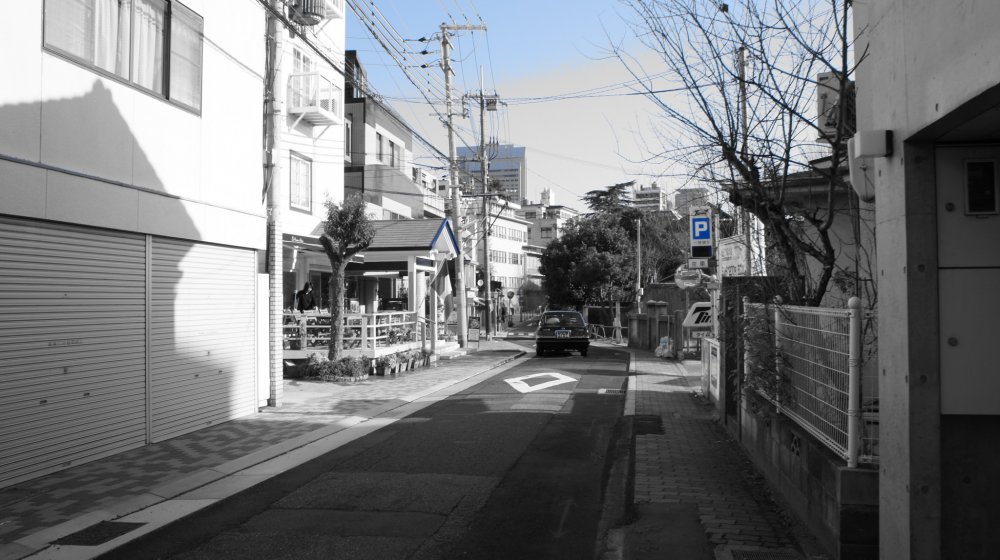 The street which leads to the temple looks just like any ordinary street in Japan, and the building is kind of well hidden. The snap is the exact spot from where you can get the first glimpse of the magnificent white marble temple. 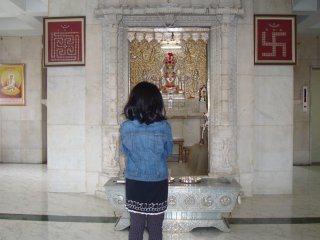 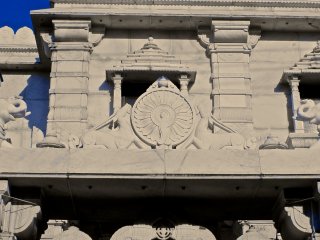 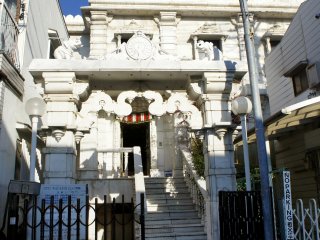 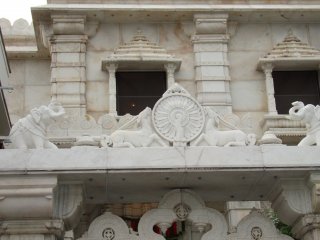 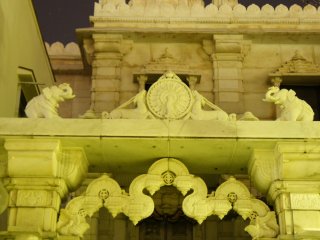 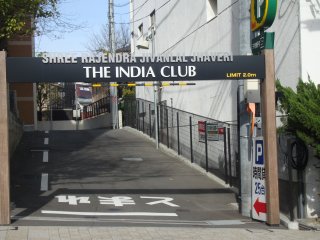 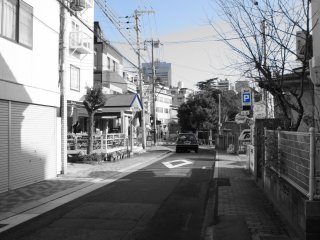 The foreign settlements in the late 19th century in Kitano-cho, Kobe, popularly known as ijinkan (foreigners' residences), are usually associated with Western style residences; however, Asian cultures are present, too. Kobe Mosque shows some Islamic influence, as does the Kobe Jain Temple nearby. This photo story is to convey the local Indian influence of the mostly second and third generation Indians settled here and mostly belonging to the Jainism faith of Central India. You can also visit the American Teddy Bear Museum and the Ijinkan Starbucks which are just a minute away—a truly cosmopolitan neighborhood.