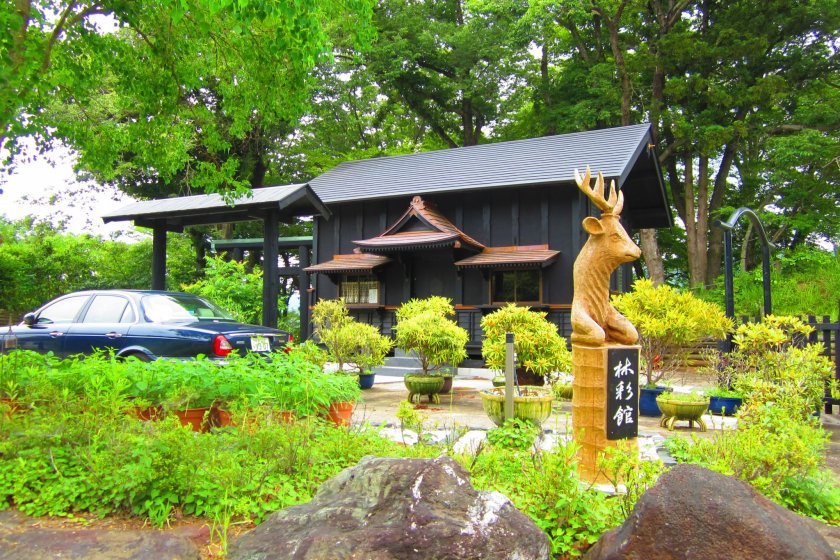 The Power of Hitachi's Izumo Shrine

An old rice storehouse from Akita, rebuilt as part of a dowry

Those of you acquainted with the main religious destinations in Japan will probably be aware of Shimane Prefecture’s Izumo Shrine, one of the most venerated Shinto sites in the country. You may not, however, be aware that there is a branch of Izumo Shrine right in Ibaraki, complete with its own new traditions and innovations. The Hitachi branch of the Izumo Shrine came about because the main god or kami of Izumo Shrine is Daikoku, the country builder, worked alongside Ibaraki’s own kami, Sukunahiko-na-okami, to begin building up the nation of Japan back in 871 CE. Thanks to this historical connection, it became a logical extension to create a place of worship for Daikoku in Ibaraki as well.

Ibaraki’s Izumo Shrine was first established in 1992, so the buildings and grounds are relatively new, but it offers the same feeling of sanctity and purity as you can enjoy at other shrines. In fact, in terms of comparisons, the large gate (torii) at the entrance to the shrine is actually the largest stone gate in all of Japan, thanks to the proximity of Ibaraki’s stone quarries, and the large sacred rope (shimenawa) displayed at the front of the public shrine is also one of the biggest ever made, coming in at a stunning 6 tons! If you look carefully at the base of the rope’s large tassels you will even catch sight of 10 yen coins stuck amongst the tightly-woven straw; the worshipper felt that being able to achieve such a difficult feat would surely bode well for their future luck.

The construction of the shrine is of the Taisha variety, with the arch of the roof facing the front; this is the oldest style of shrine construction, as the type with the arch of the roof facing to the sides was only devised once rain gutters had been invented much later. In front you will find the usual protective lion statues, Ah and Un; the one on the right with an open mouth is Ah, and the one with closed mouth is Un, representing the beginning and the end, the entirety of all things. It is interesting to contrast this with the concept of Alpha and Omega…

To the left of the entry inside the public shrine is a detailed carving of Daikoku, holding in his hand the much smaller Sukunahiko-na-okami god of medicine. Daikoku is known not only for country building but also for creating connections between people; to build a country one must first build villages, to build villages one must build households, to build households one must build families. So it is common for visitors to come seeking the ever popular connection charms (en musubi) sold at this shrine in order to find a mate, but these charms also help to connect friends as well as to create connections between effort and results.

Daikoku also watches over the spirits of those who have passed on, which is why the shrine has a graveyard on its grounds. However, in addition to the usual stone-based graves traditionally used in Japan, Izumo Shrine has implemented a new, more ecological approach to the afterlife. Popular in Scandinavia, eco burial involves the concept of ‘returning to the earth’ via being buried directly in the earth with a tree planted above. This way your body is nourishing a new life and returning to the source of all life. Already growing in popularity, Izumo Shrine is having a tough time keeping up with the demand for this new style of burial. They also offer special tombs for the beloved pets of believers, or the option of an eco burial, so that owners can rest assured that their furry family members will be safe in the afterlife as well.

The grounds also encompass a small shrine for Sukunahiko-na-okami and a shrine for the Dragon-Snake gods who are purported to guide all the other gods to the shrine for their annual congress in October. The former is believed to bring good health and cures for illness, while the latter proffers protection from disasters and removes impurities from the blood. There are plans to expand the facilities to include further shrines and art galleries, but for now the peaceful woods surrounding the shrine, which are known as the heart-protection forest common to all such shrines, are thick and silent.

Those visiting the shrine might also want to drop by the Izumo Annex, which houses a restaurant, a glass-blowing workshop, and a gift shop full of beautiful glass and metal souvenirs, to make a full day trip out of the experience. 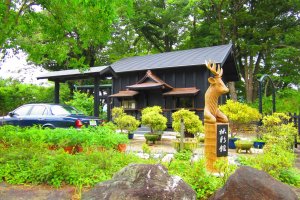 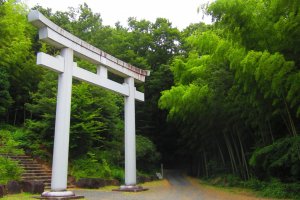 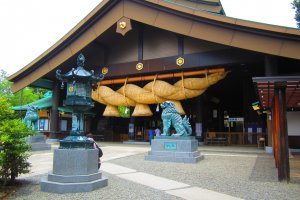 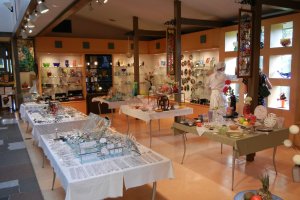 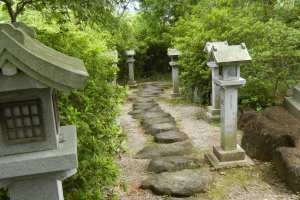 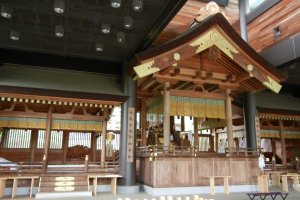