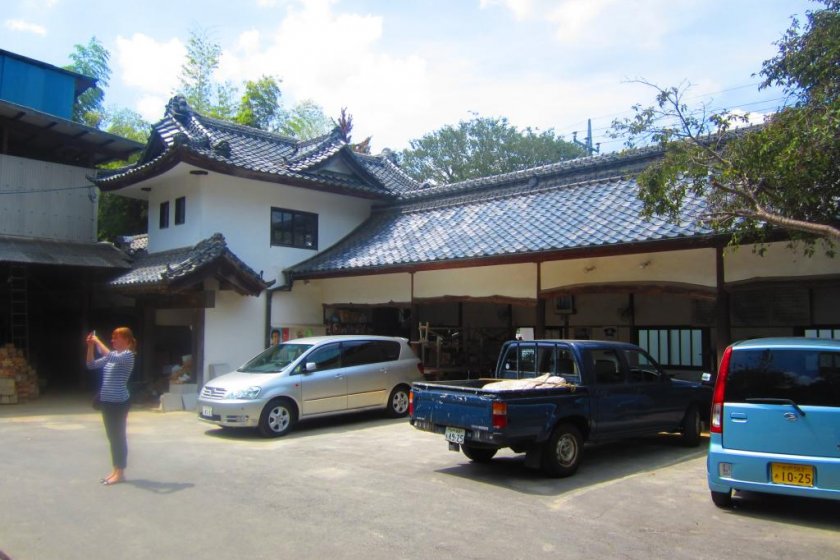 One of Kasama's Premiere Houses of Clay

The main building of Fukuda Kiln

Fukuda Kiln is one of Kasama’s many intrepid solo kilns and covering a sprawling plot of land in the hills of the city. The instant you enter the courtyard you are confronted with the evidence of the biggest and most well-known characteristic of the world-famous Kasama pottery style: the individuality and free-spiritedness. Here and there are pottery statues in a slightly Picasso style, men or women, torsos and birds, even a giant vase roughly 5.4 meters tall. Originally there had been several of these giant vases, one of which held the record of the tallest in the world, but the Great Eastern Japan Earthquake left only the smallest standing in one piece. However, not to let good earthenware go to waste, the owners cleverly used the broken shards to create a mosaic-like yard area, complete with a clay loveseat for visiting couples.

The kiln itself produces large amounts of tableware and knickknacks, its tiny shop crammed to the rafters with whimsical creations such as mugs with a face (complete with a nose to rest your glasses on!), ladle holders, and pins, as well as the standard cups, teapots and vases.

However, you could also elect to make your own pottery, if you’re willing to try your hand at clay creations. They offer three types of pottery classes, varying in price and complexity: hand-molding, painting, and spinning. Hand-molding is 1000 yen for an 800 gram cylinder of clay (which results in about 2 cups or one large bowl), and you receive instruction on different ways to make things before being set free for a few hours to see what you can produce. After you’re done they fire it and paint it for you (the artists choose the lacquer based on your work, some colors and types go only with certain dimensions), and within 30 to 40 days it is ready for pick up or mail (separate fees for wrapping and postage).

Or, if you’re less confident in your manual dexterity, you can try your hand at painting something already created. Whether pictures or letters or just a nice glaze anything goes, and it only costs 400 yen per cup or 500 yen per plate. From there it takes another 15 to 20 days for firing and drying, and finally you can take it home. Lastly, there is spinning something on the potter’s wheel, which is much more difficult and somewhat more costly. The clay is still 1000 yen per 800 grams, plus 1000 yen for set-up fees and 300 yen and up for machine fees, which gives you an hour to do your worst; you are also asked to clean up when you’re done.

The staff are very kind, and their explanations are thorough and easy to understand. Not to mention, there are some who speak English and there is English signage around the compound as well. They do ask for reservations for groups of more than 10 people, but if you number fewer than that you will probably be able to drop by most days and get fit in (operating hours are from 9am to 5pm, excluding lunchtime).

As an added bonus, the kiln hosts two museums, one featuring Kasama pottery from previous generations and the other showcasing pottery from around the world. If you’re already in Kasama this is a nice way to kill some time on the weekend, but it is definitely worth the trip from outside of town too. The views of the mountains are quite pretty along the way, and there are worse ways to spend a few hours than laughing at your own skill (or lack thereof) at playing with clay. 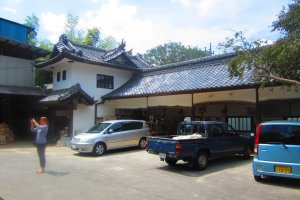 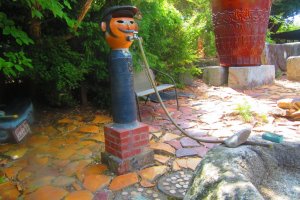 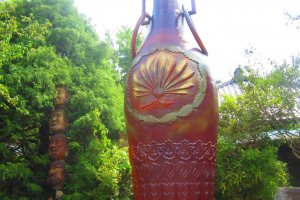 Kim a year ago
I'd love to visit here!
Reply Show all 0 replies
1 comment in total