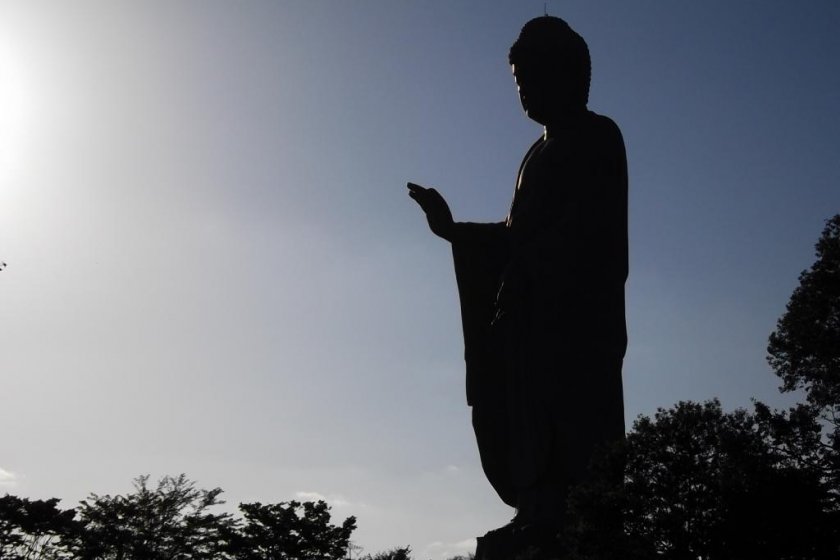 About an hour north-east of Tokyo, there's a big secret. Very big, in fact, about a hundred and twenty meters tall. Indeed, for about seven years after its completion in 1995 it was the biggest statue in the world, and it still ranks in the top three. In the flat agricultural countryside of Ibaraki it towers over the trees, over the pylons, over everything, yet a lot of people in Japan have never heard of it. It`s the Ushiku Daibutsu, an image of the Amida Buddha, a true gentle giant.

It is quite simply a jaw-dropping sight. I walked to it from the nearby Ami Premium Outlet, from where it was already clearly visible above the trees, and as I approached it just loomed higher, and higher, and higher. I actually took a wrong turning and ended up walking round three sides of a square to get there, but this took me through a graveyard which put me in a suitably contemplative mood, and also allowed me to view the statue from every angle. Even on a very hot summer afternoon, the serenity of the Buddha's pose and expression had a calming effect, heightened (if you'll forgive the pun) by its scale and by the silence of the surroundings. The only sounds were of aircraft from nearby Narita Airport, and the occasional chime of a bell from the garden in which the Daibutsu stands.

Arriving at the entrance proper I paid the entrance fee, walked through a little arcade of souvenir stands, then bonged a bell next to the gate. I took my time to enjoy the approach to the statue, a simple stone path with a flower garden on the right then another, larger bell and a carp pond; for 100 yen you can buy a bag of fish feed and watch the water churn as the carp squabble over it. But all the time the statue was there, casting its long, long shadow, exerting its soothing influence.

Around the back I came to the entrance to the statue, and once I was inside, a whole new experience began. The first room became dark, and I listened to some Japanese which I guess was an explanation of the statue's history or nature. Further on was another room with numerous small, brightly colored Buddha figures, leading into a larger space with soft colored lighting and meditative music, which put me in mind of a chill-out room at a Buddhist rave. Upstairs I came to an exhibition of art, statuary and photography on the history and construction of the statue, including a scale replica of a toe, which was a good two meters long.

From here I took an elevator to the fifth floor, 85 meters above the ground, from where you can look out through small windows over the garden and the surrounding countryside. Apparently on a clear day it's possible to see the Tokyo Skytree through the south-facing window, but not on the day I went; I did enjoy looking down at the path leading from the gate to the statue, and at the few, tiny people far below. Taking the steps down to the fourth floor, I found a shop selling more souvenirs, as well as Buddhist paraphernalia such as incense and statues.

Going back down in the elevator, the third floor was different again, the Lotus Sanctuary. The color here is gold, gold surrounding you, the walls lined from top to bottom with about 3300 images of Buddha, creating an atmosphere that's somehow both radiant and mellow. Suffused with warmth, I went down to the second floor and found another large space, softly lit and decorated, where I could rest for a few moments before emerging back out into the sunshine.

A few days on, I'm still moved and enthused about my visit; of the many places I've been in Japan, this is definitely now one of my favorites. It's simple, it's of Japanese culture but also has a universal appeal, and is both impressive and understated, as far as a 120-meter statue can be. Within easy day-tripping distance of Tokyo, the Ushiku Daibutsu is truly a unique experience. 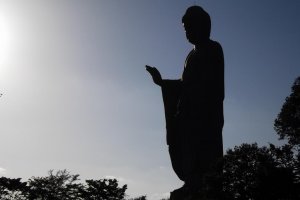 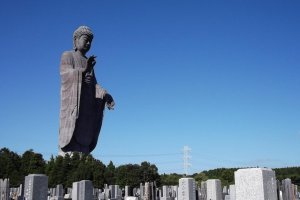 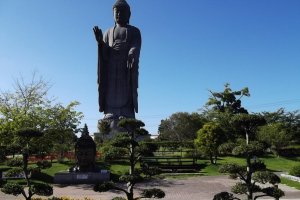 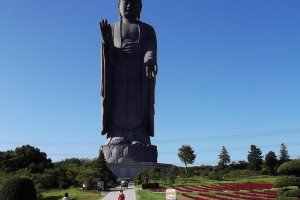 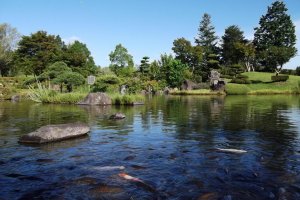 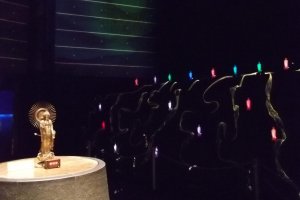 Elena Lisina a year ago
I was impressed, too!
Reply Show all 0 replies

James Rodrigues 6 years ago
Amazing! I had no idea there was such a big and beautiful Buddha-- I'll definitely check it out the next time I'm in the Tokyo area.
Reply Show all 0 replies
2 comments in total