Kanazawa enjoys a fortunate position, perched on the edge of the Sea of Japan. That location means that Kanazawa's kitchens are graced with some of the freshest seafood in the nation. Much of that seafood can be purchased at the Omicho Market, the city's wholesale fish market.

Omicho Market can trace its history back over 300 years, when it was created as a market to serve the privileged towns located at the base of Kanazawa Castle. In 1904, the market was opened to the public and has been considered one of the most popular places to shop for fresh food since its opening.

The marketplace boasts around 185 individual stalls, selling everything from fresh fish to prepared foods to local vegetables. Like any good market, the food on offer changes with the seasons. During my summer visit, the market abounded with local Kaga cucumbers and lotus root, while the fish stands held rock oysters and squid. In winter, buyers might be treated to green onions, daikon and yams, as well as bushels of crabs and sea cucumbers. Vendors will be glad to tell you what's in season.

As well as fish and vegetable stalls, the market also offers a number of eateries. Most of them take advantage of the market's bounty, with sushi stalls and seafood eateries making up the bulk of the options. The restaurants are scattered throughout the market's first floor; there is also a separate restaurant section on the second floor and a casual food court in the basement. Those who don't mind eating an early lunch can come across some decent deals. I stopped in at a kaitenzushi (revolving sushi bar) near the main market entrance that offered a ¥500 lunch set that would normally cost twice or three times that price in Tokyo.

The Omicho Market is in the center of Kanazawa, a short bus ride from either JR Kanazawa Station or Kanazawa Castle. Shops in the market generally open at 9am and close at either 5pm or 6pm. Sundays and Wednesdays are rest days for many of the vendors; most places are also closed on national holidays. 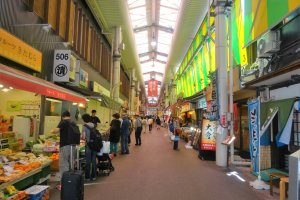 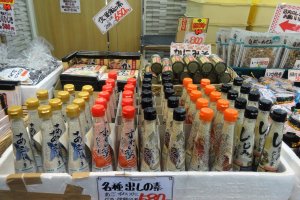 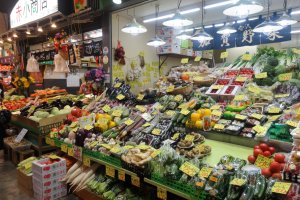 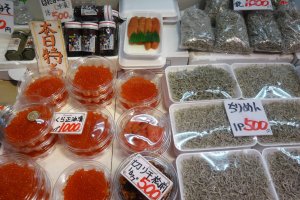 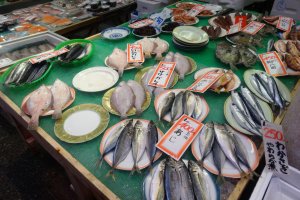 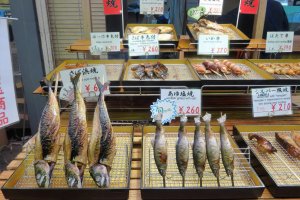