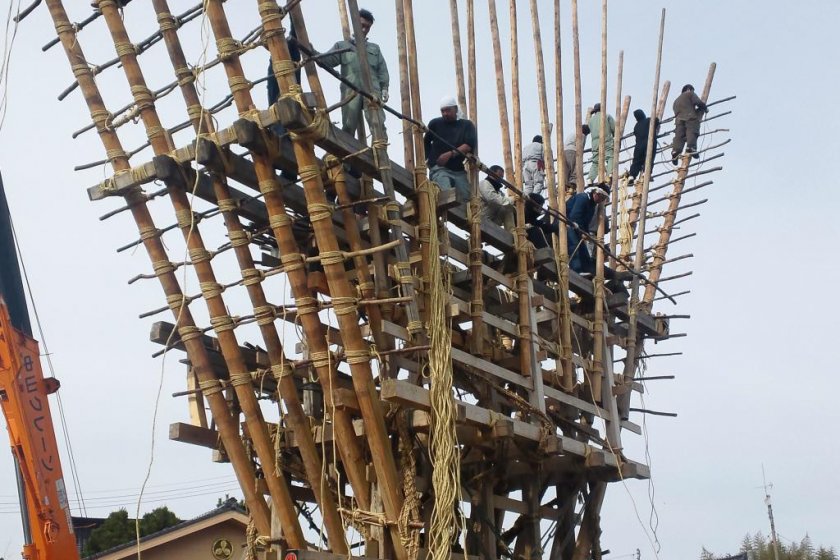 Not your average festival

Early May
One of the floats in the process of being built
Venue: Ohtokonushi-Jinja Shrine When: Early May 2023

If you want to see the best of what Japan has to offer, but you’ve seen the temples, the geisha and you’ve lost count of how many times you’ve been to the top of Tokyo Tower then you’re in luck. If you’re game for a little adventure, I recommend you journey to Ishikawa Prefecture to take part in the 'Seihakusai Dekayama Festival', a 3-day festival in the city of Nanao.

For 3 days during Golden Week, the sleepy city of Nanao hosts one of the largest festivals of its prefecture, its population nearly doubling in size as everyone returns home to participate in this time-honored event. Deemed an Intangible Cultural Property of Japan by the government, the three towns of Uomachi, Fuchumachi, and Kajimachi each pull their dekayama float through the narrow streets of downtown Nanao, accompanied by chanting, singing, and music.

Of course, like any proper festival, there are food booths and game booths, live music entertainment, and traditional dance performances. But the star of the festival, by far, are the dekayama floats that tower, tall and proud, over the festival-goers.

Dekayama literally translates to “large mountain”. Standing at 12-meters and 20-tons that is exactly what it is. Hand-built each year by volunteers from each town, these monstrosities are a sight to behold. I know what you must be thinking: surely they must have some kind of automated system to drive the floats. And you would be completely wrong!

Long, thick ropes are laid out at the front of each dekayama for town volunteers and any of the festival-goers wanting to take part in the action. Volunteers are then directed by a series of (uncomplicated) whistle signals as to when they need to start pulling. Don’t think for a second that it can’t be done! At times, the dekayama (and its volunteers) reach running speeds as it flies down the backstreets of Nanao. But, the most incredible part of the festival is watching these behemoths take 90-degree turns down streets that seem impossibly narrow. With the help of a huge wooden wedge shoved up under the wheel, and the muscle power of its volunteers, the dekayama are wrestled within a hands span of buildings and electrical poles until they are safely back on track again.

At points throughout the festival, the floats are “parked” (for lack of a better word) in the streets for festival-goers to get their pictures taken and volunteers to get a much-deserved break from their back-breaking work. Here’s a little secret that not even all the locals are aware of: you will notice little children scurrying under the floats and disappearing. This is actually the entrance to where you may climb through the innards of the dekayama and make your way (carefully) to the very top. Believe me, scurrying through it might take some time seeing as it may have been a while since you last climbed a playground jungle gym; and with all the children flying past you on their way up, you may encounter traffic; but reaching the summit and looking out over the festival gives you quite the rush.

Especially when the locals look up and startle at the foreigner waving down at them.

Wanting to avoid the life of a 9-5 working drone, I escaped to Japan and became an ALT. Now, I'm living one adventure at a time. 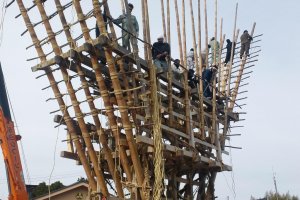 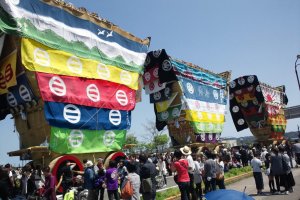 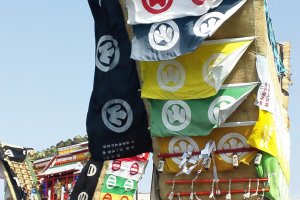