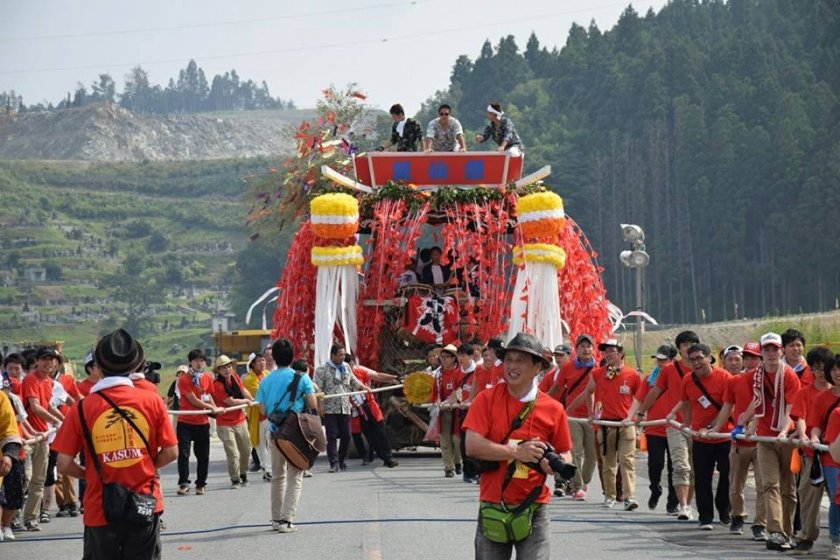 The Ugoku Tanabata, or Moving Tanabata, is held on August 7 annually in Rikuzentakata City. 12 groups of traditionally decorated floats with paper lanterns parade through the city. Participation in pulling the float around Rikuzentakata city is encouraged. In the evening, the lanterns get lit and makes the floats even more vibrant and stunning. The colors and decorations change, and each float competes for the most amazing appearance and style. The floats are displayed at the "Michi no Eki" nearby afterwards.

The Kenka Tanabata is also held the same day. The festival is based around the beating of taiko drums and fighting floats. In this tradition, the floats crash into each other while competing men, standing on top, swipe at their opponents with long bamboo poles. Join the locals as they cheer on their local neighborhood's float. If this sounds unclear, here is a video by the Tohoku Standard.

Rikuzentakata in Iwate gives visitors two tanabata on the same day. These festivals are a great chance to see a little bit of Iwate Prefecture culture and Rikuzentakata City's spirit. 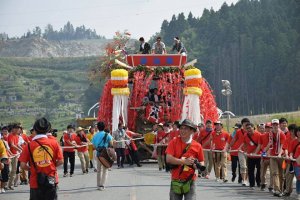 Elena Lisina a year ago
All festivals are in summer! Summer is too hot for me, alas!
Reply Show all 0 replies
1 comment in total