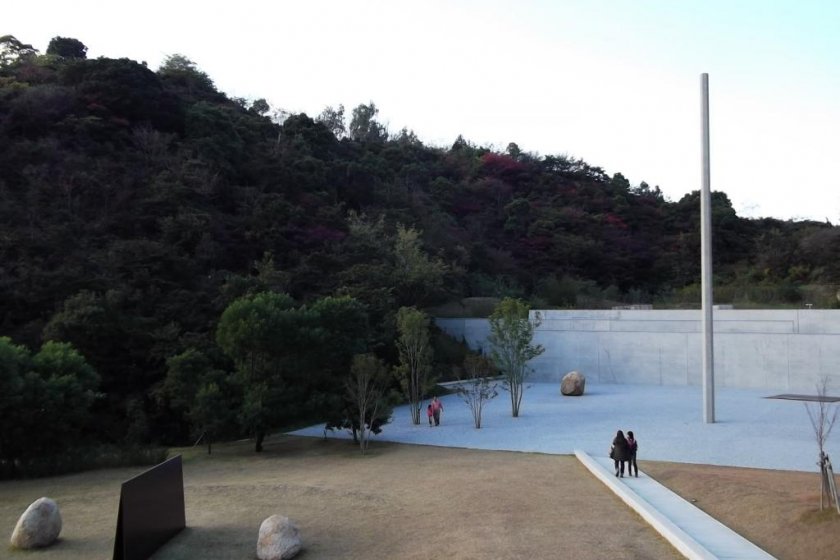 The view down the slope to the museum

At the museums on Naoshima, the art and architecture were designed to harmonize with nature, in some cases being built into hillsides to literally become part of the scenery. Most of the museums have wide-ranging collections, but the Lee Ufan Museum is dedicated to this Korean artist; along with the building, designed by storied Japanese architect Ando Tadao, his simple, understated works are perfectly suited to this setting.

The approach to the museum is a striking example, and sets the tone for what’s inside. There’s a gentle slope leading down to an open, grassy space bisected by a bare concrete path, and near the path there’s a shallow crater with an elegant, upright slab of metal flanked by two large rocks. At the end of the path you come to a flat plaza, home to another metal plate, this one flat on the ground, another rock, and a tall, unadorned column. These simple elements fit well together, and make a pleasing contrast with the forested hills behind the museum.

Having walked through the stark entrance passage, more like the entrance to a prison than a museum, I bought my ticket, put my bags in a locker, had a quick look in the small gift shop, then went on into the first room. This bright, airy space has two large paintings on each wall, abstracts with repeating, uncomplicated patterns in muted tones of beige, yellow and deep blue, while in the center of the room there’s a rock placed on a glass-covered iron plate. The atmosphere here is warmly restful, with a subtle interest in the glass in the center; as I walked round it reflected the ceiling lights, the paintings and the other visitors.

Less subtle is the ‘Silence Room’, a darker, barer space with just a big steel plate leaning against the wall; its hulking appearance reminded me of the monoliths in the movie 2001: a Space Odyssey, imposing and mysterious. By contrast, the ‘Shadow Room’ isn’t so much a room as just an alcove, containing a carved stone about half a meter high; where its shadow ought to be there are a series of gentle images projected on the floor, of running water, of the ocean, of the moon, of the stone itself. It’s alluring enough, but didn’t really hold my attention for long; I’d like to see it done on a larger scale.

The final room is the ‘meditation room’, a fairly large, empty space with a wooden floor, its walls almost totally white. The only interruption to the whiteness is a teacup-shaped outline on each wall, shaded to gradually become darker from left to right. The atmosphere here is truly calming, the silence heightened and enhanced by the tiny echoes of the visitors’ footfalls.

Like the island’s other museums, this is more than just a place to look at pictures; the art and the space synergize to create an immersive experience, more than the sum of its parts, which can be enjoyed in different ways. In the meditation room a group of people were sitting on the floor, leaning back on their hands and chatting softly, their murmurs blending in with the music on my iPod; as in the first room, they weren’t a distraction, but were part of the experience, like the carp in the pond of a Japanese garden. And like such a garden, this is a place where art meets nature, to leave visitors relaxed and refreshed in both body and mind. 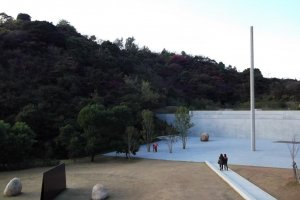 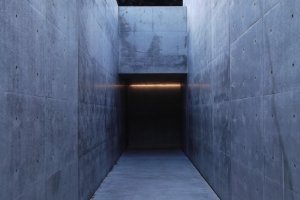 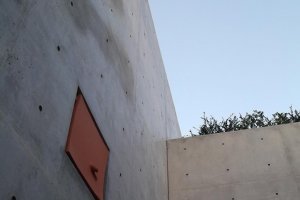 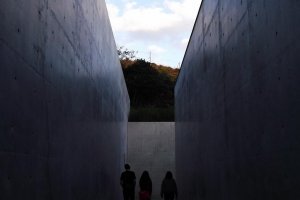 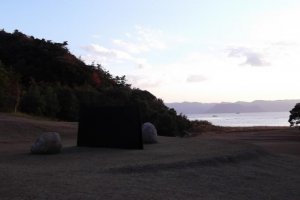 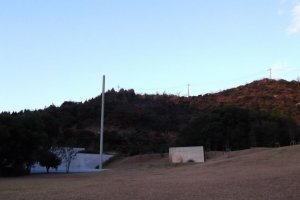