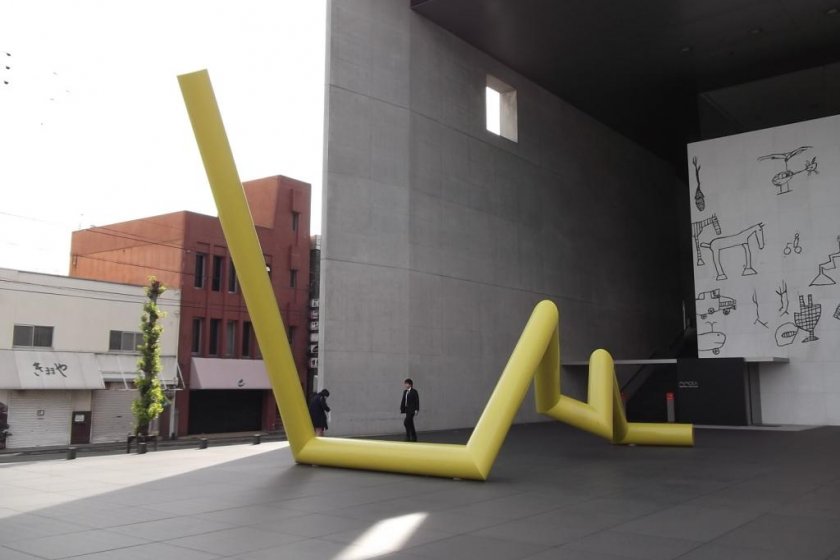 Marugame might be best known for its loftily perched castle, but it’s also home to what must be one of Japan’s most striking art museums, the Marugame Genichiro-Inokuma Museum of Contemporary Art, thankfully known as MIMOCA for short.

Directly in front of the station, MIMOCA was designed by renowned architect Yoshio Taniguchi, who redesigned New York’s Museum of Modern Art in 2004; its open-box façade and huge, cheerily-colored sculptures and mural immediately grab your attention, and the works inside are no less impressive.

Opened in 1991, it’s dedicated to the work of Kagawa-born artist Genichiro Inokuma; an influential figure in modern Japanese art, he was friends with Picasso, and lived in Paris, Hawaii and New York as well as Japan. During his career he painted and sculpted in a range of different styles, influenced by the places he lived in and the artists with whom he mixed; the museum rotates its displays regularly, so on any one visit you’ll see a snapshot of his work, either based around a theme or at a particular point in his career.

When I was there the spacious, airy galleries were displaying a diverse selection of his portraits where the style, poses or incidental detail often added an element of intrigue that drew me in and had me paying closer attention. There were also a number of his small sculptures and models in the display cases around the rooms, which were fun to look at and a good demonstration of his creativity and versatility.

MIMOCA isn’t only about Inokuma, however; in a regular series of exhibitions called ‘MIMOCA’s eye’, it also showcases the work of a range of contemporary artists, often from overseas. The curators also make an effort to draw in and interact with the local community, holding events such as lectures, concerts and kids’ workshops; on my visit, one of the galleries was given over to some wildly inventive art created by local students, and we were invited to vote for our favorites.

After you’re done looking at the art, there’s a small shop where you can browse for souvenirs such as cards, prints, scarves and tableware; you can also relax in the small lounge, over a coffee or snack at Café MIMOCA, or in the Cascade Plaza, an open space where a couple of odd sculptures pose in front of a wall down which water is constantly, well, cascading. Like the museum, the plaza is well named. 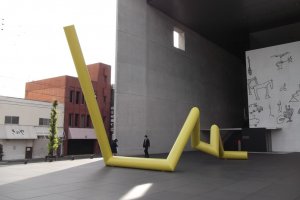 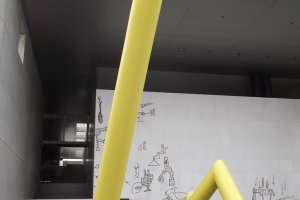 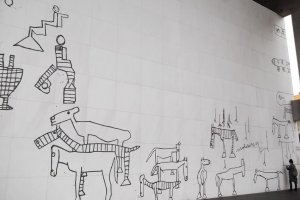 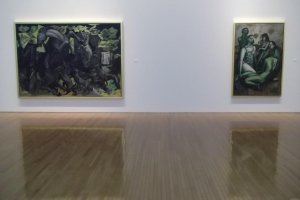 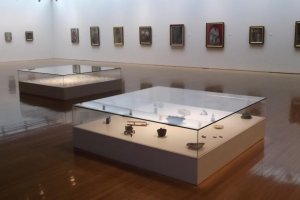 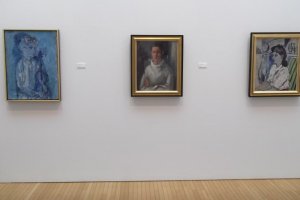