There are numerous illumination events that pop up across Japan during the colder months, and many of those involve decorating the area around train stations to bring commuters some seasonal joy. One such event is the Atsugi Illumination 2021, which is scheduled to run from late October through until mid-February.

The illumination lighting time is from approximately 4.30 pm until midnight, but this can differ slightly in line with sunset times. If you're in the area and looking for an easy way to add some cheer to your festive season, be sure to stop by.

For those who opt to drive, there are several paid parking lots in the surrounding area. 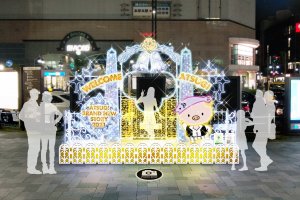