Enjoy the peace at an attractive local temple 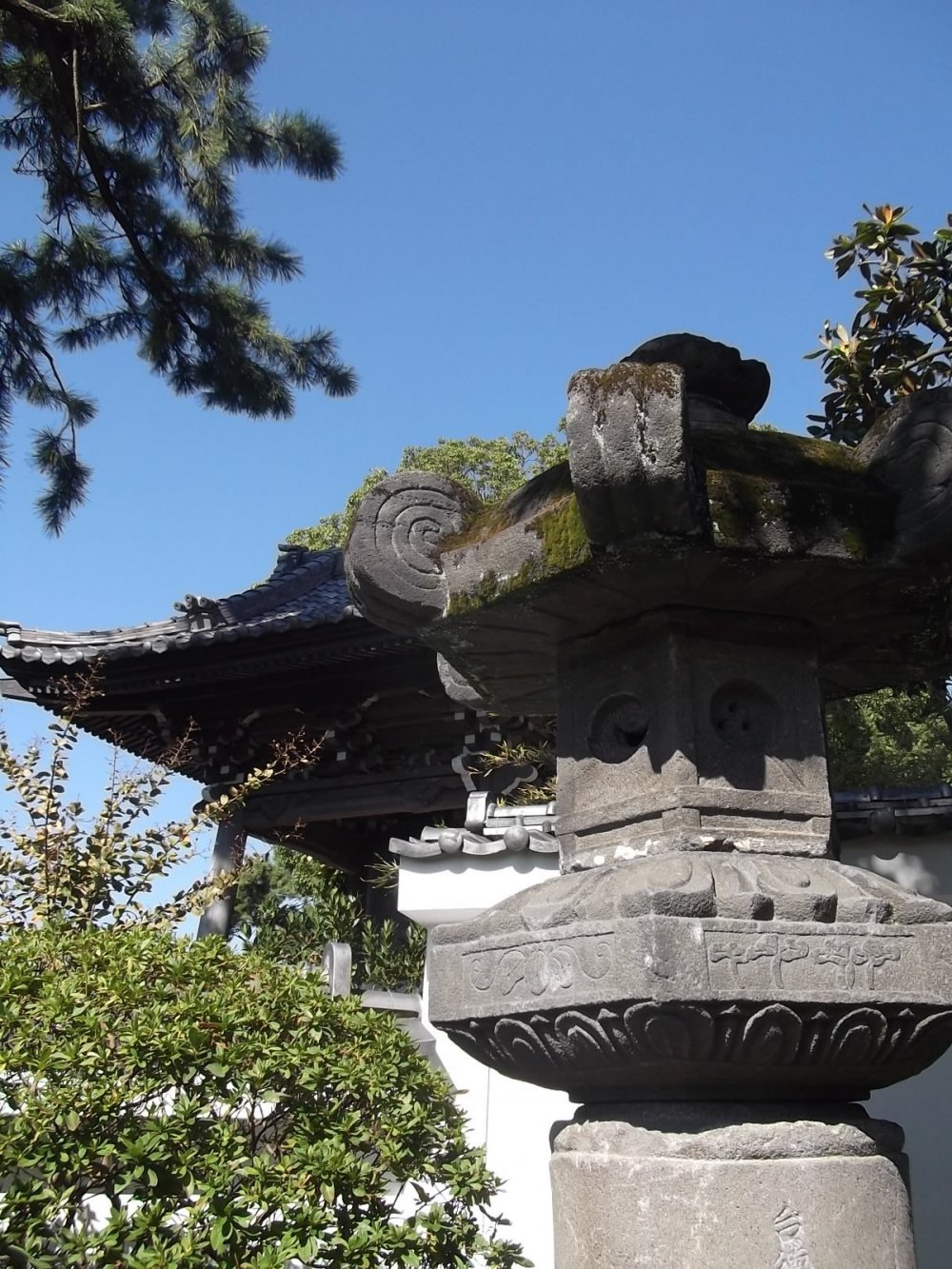 An old lantern in the grounds 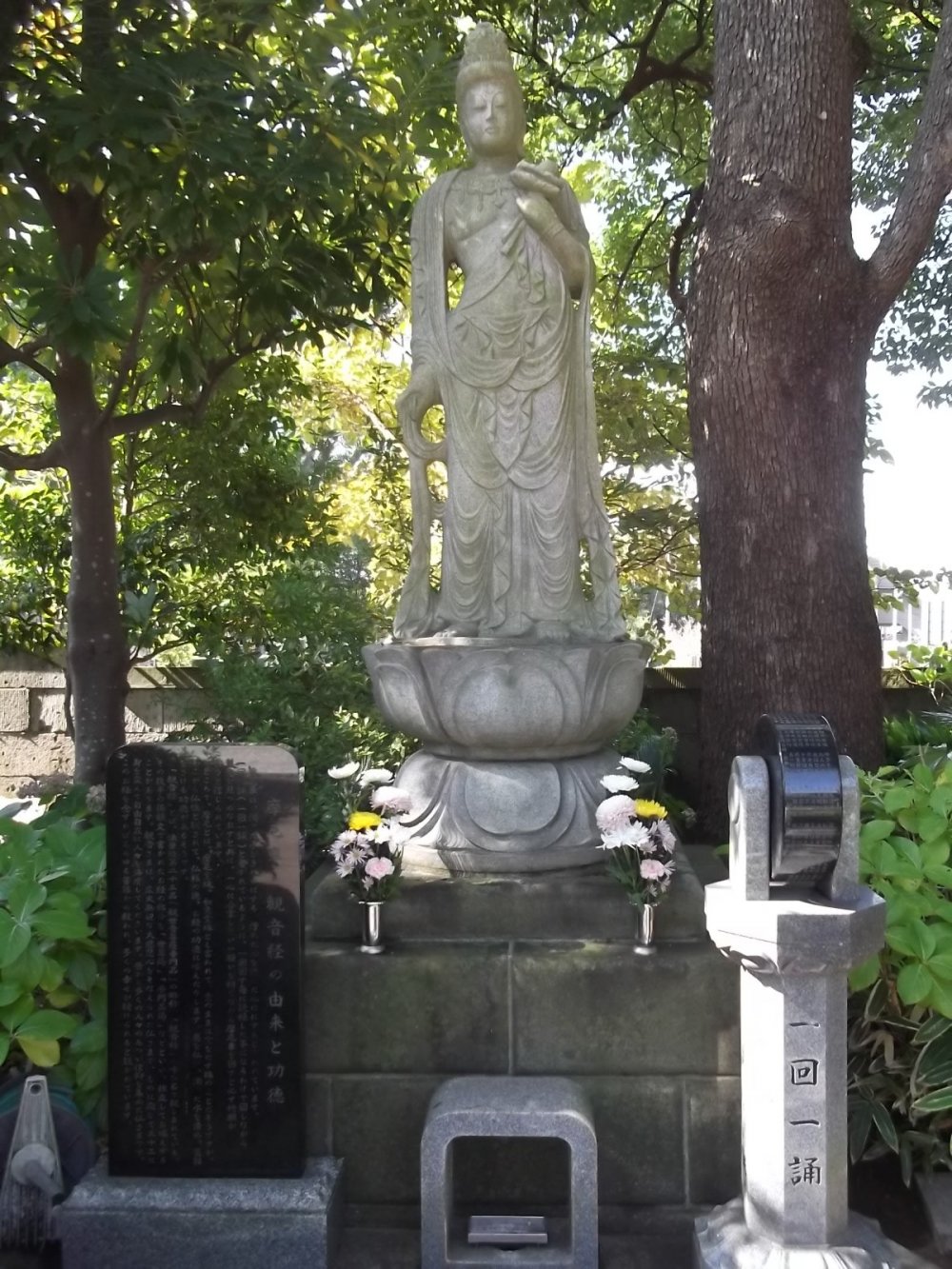 The Kannon, the Buddhist goddess of mercy 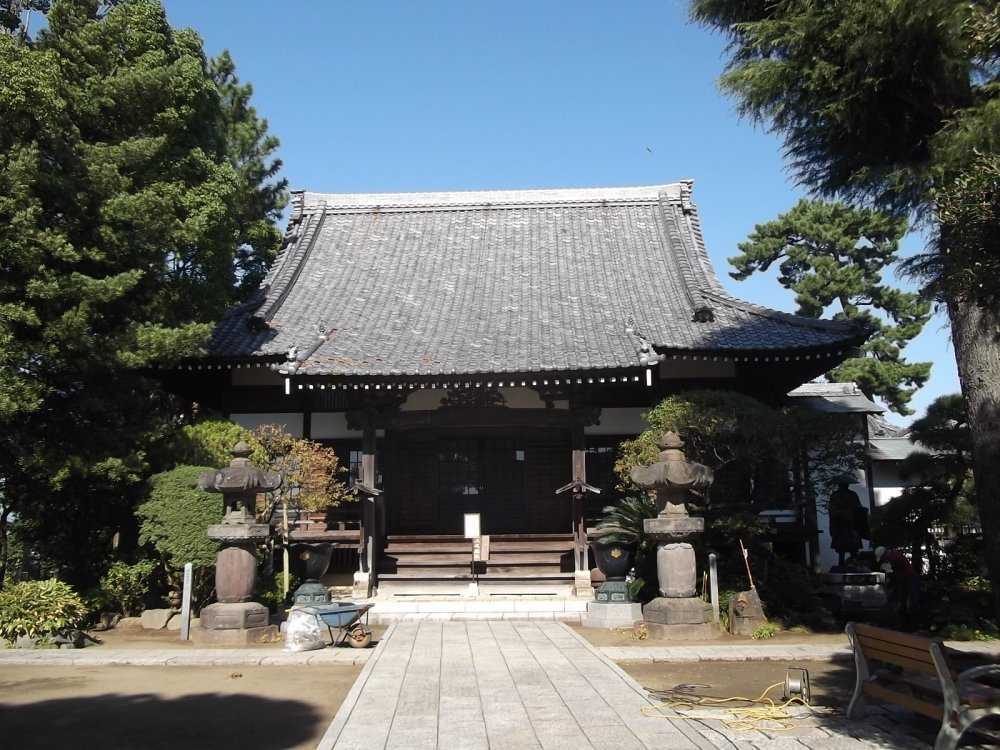 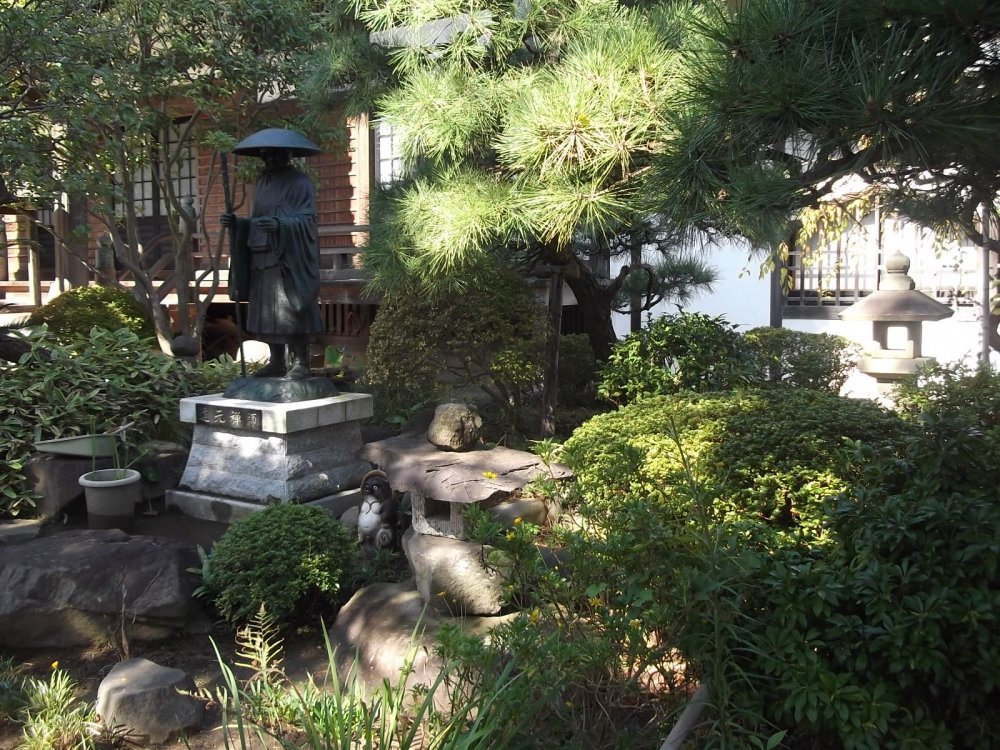 The greenery around the prayer hall 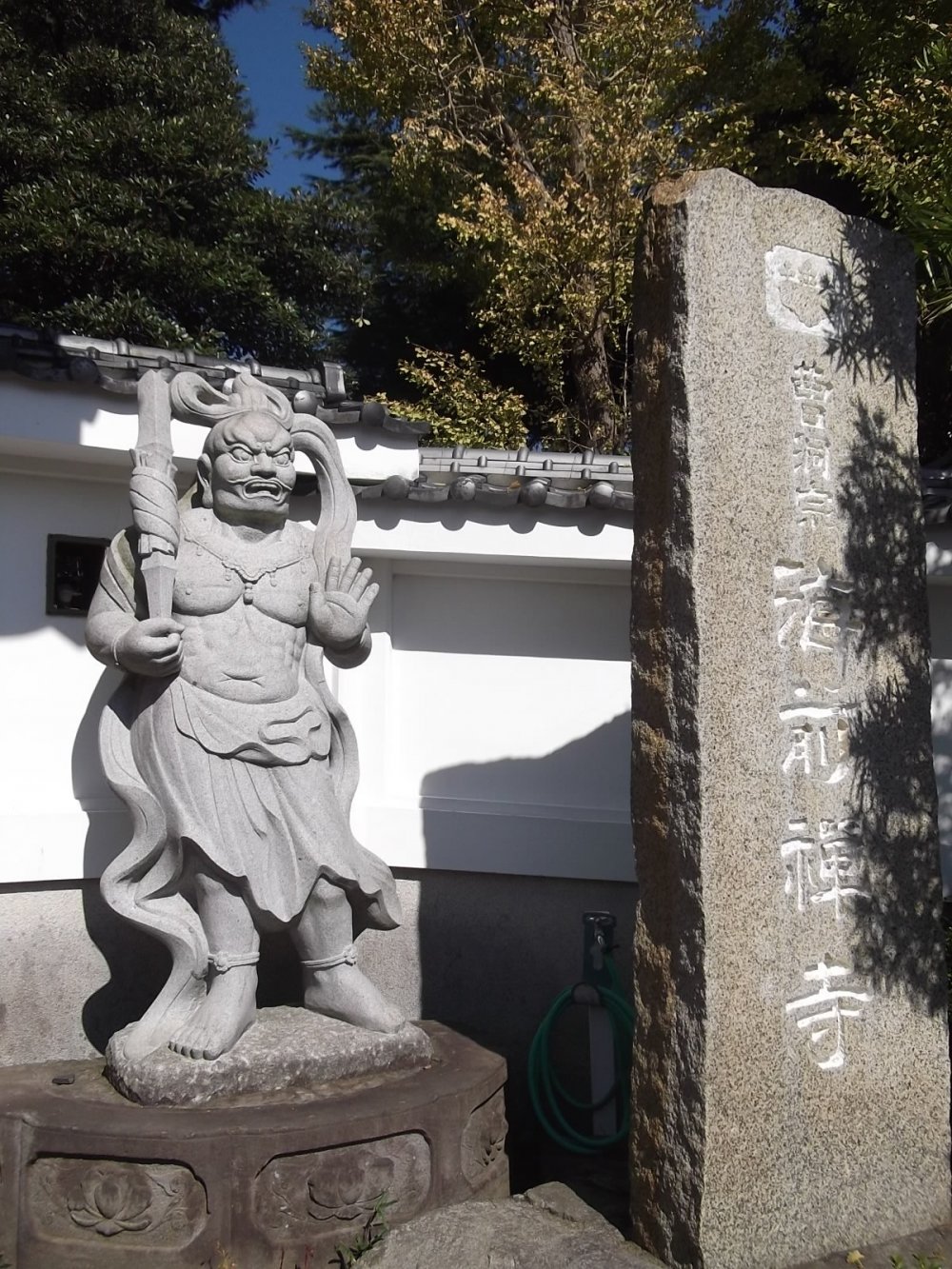 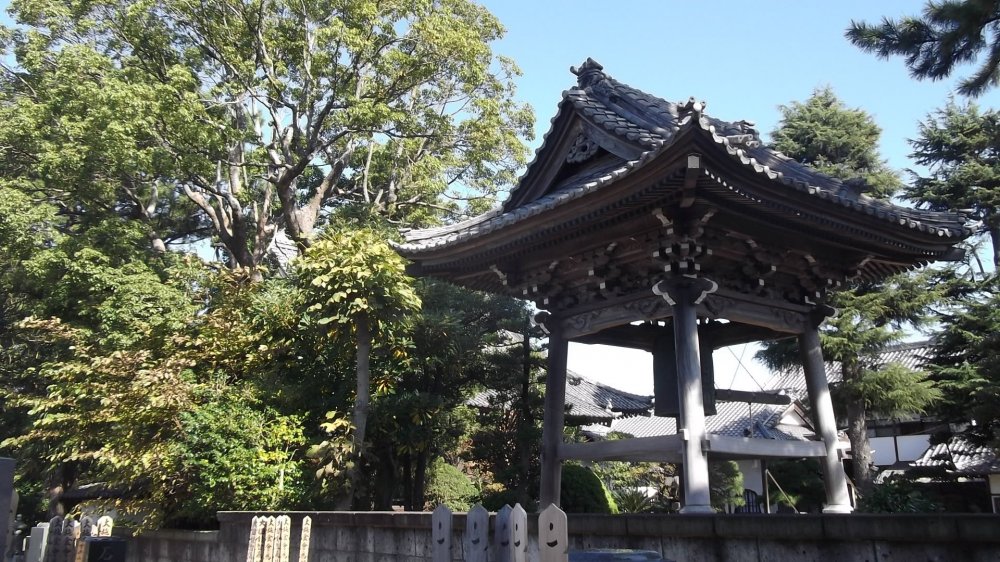 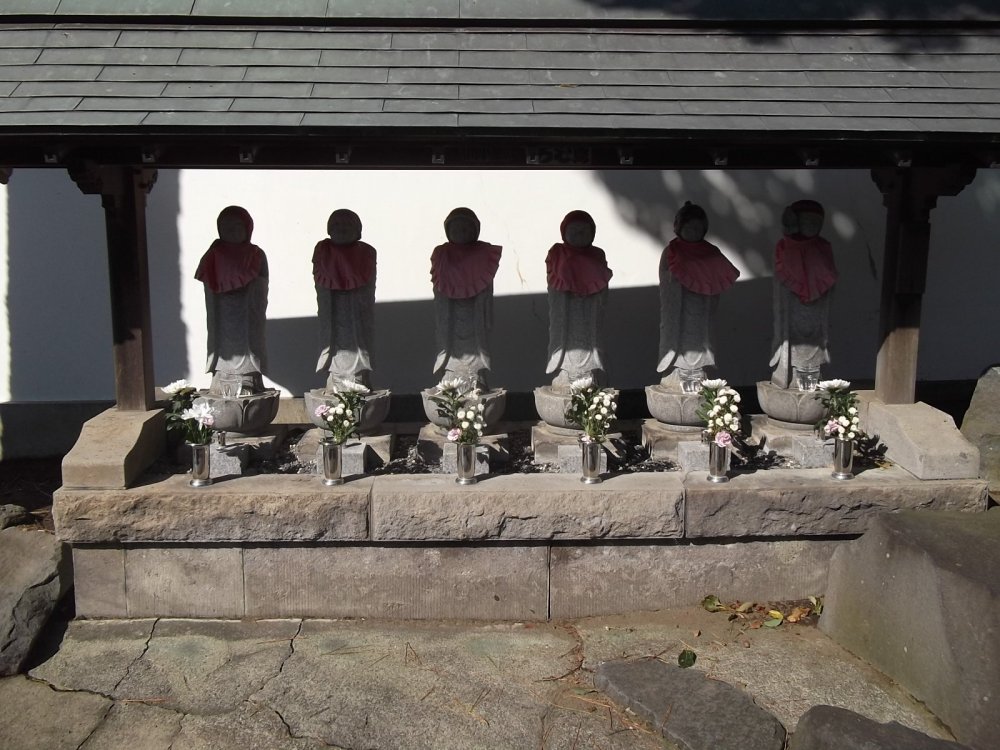 Six Buddhist statues at the entrance 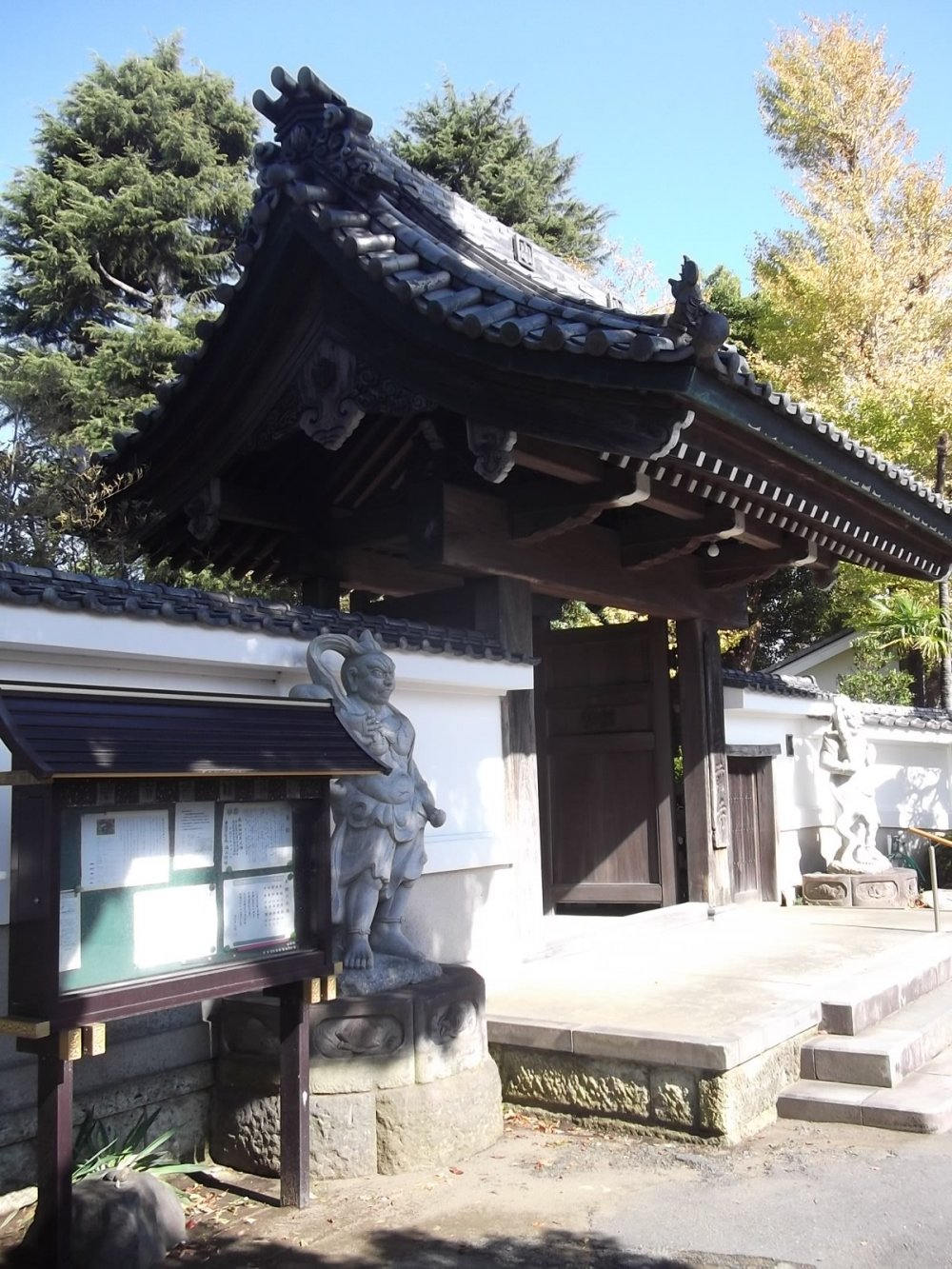 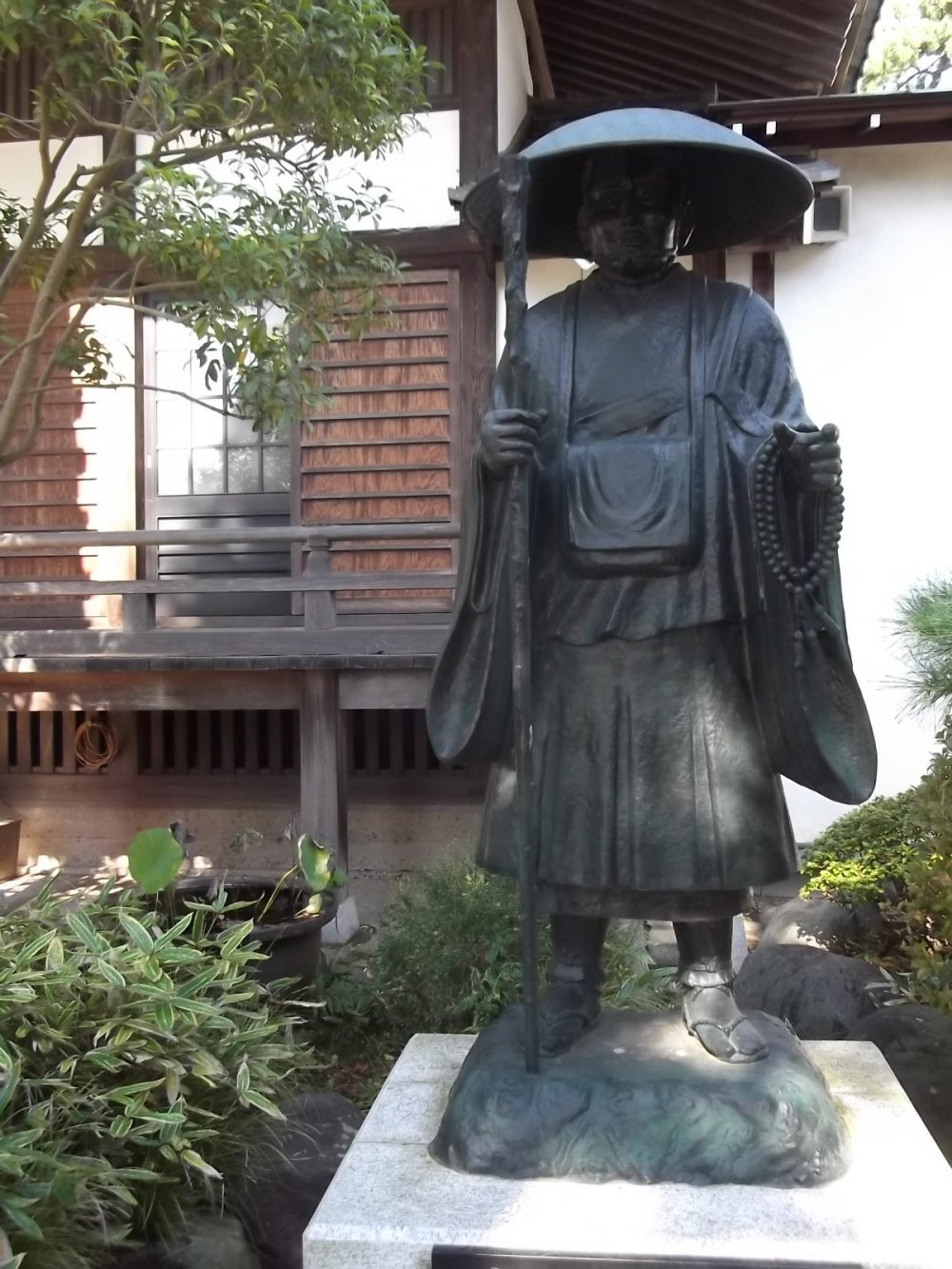 A statue of a pilgrim 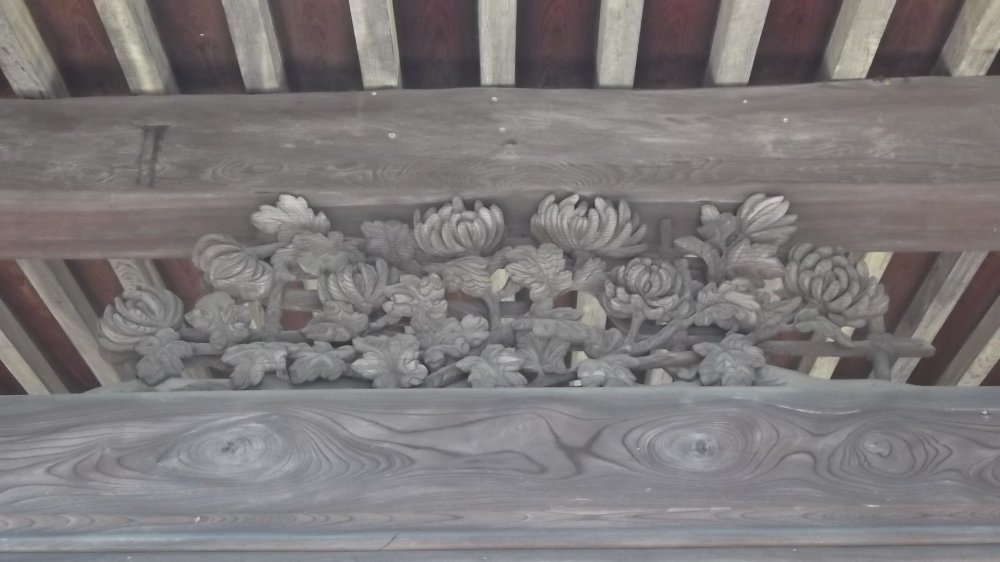 Beautiful, intricate carving under the eaves of the hall 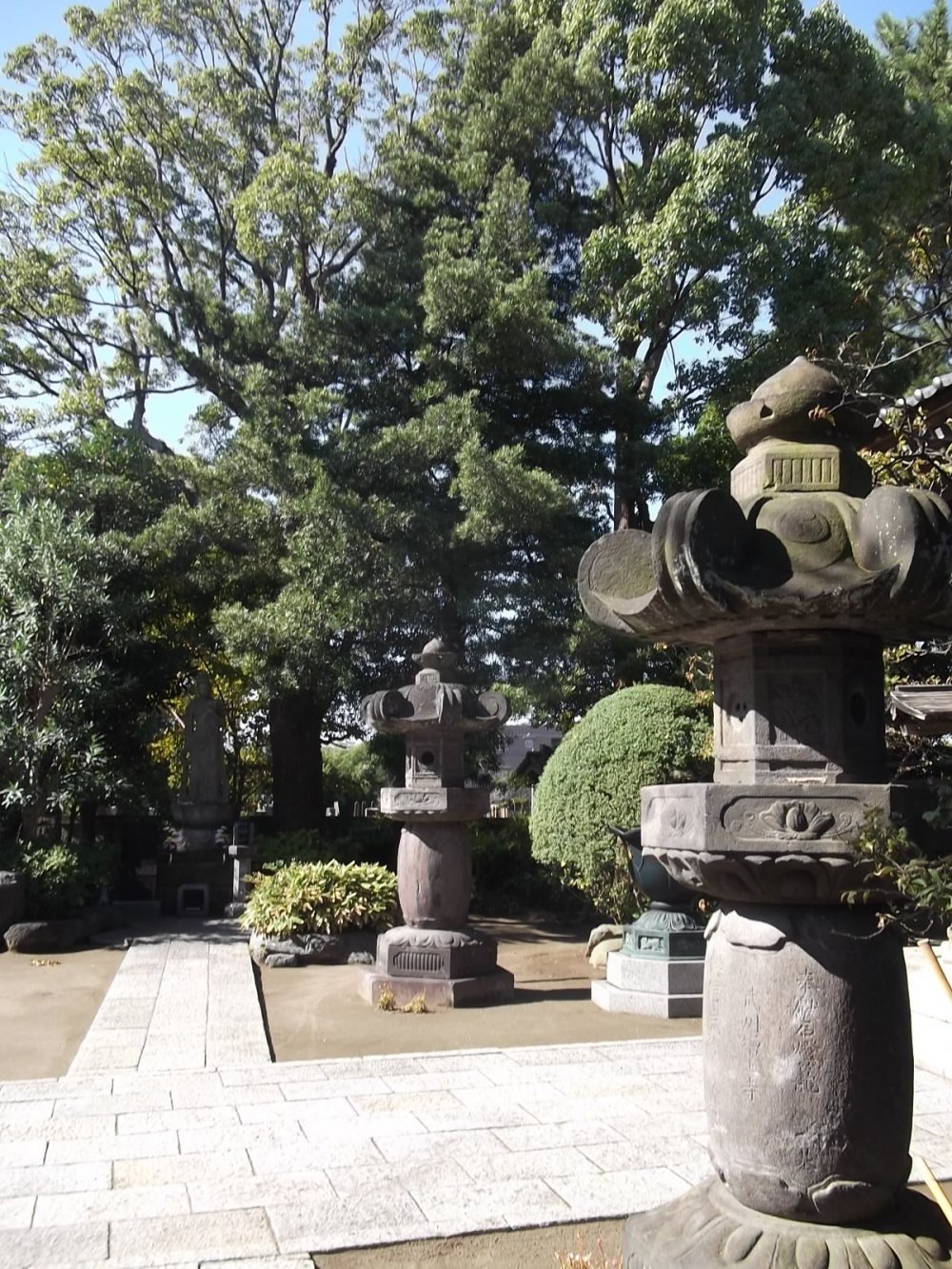 Two large lanterns light the path by the hall 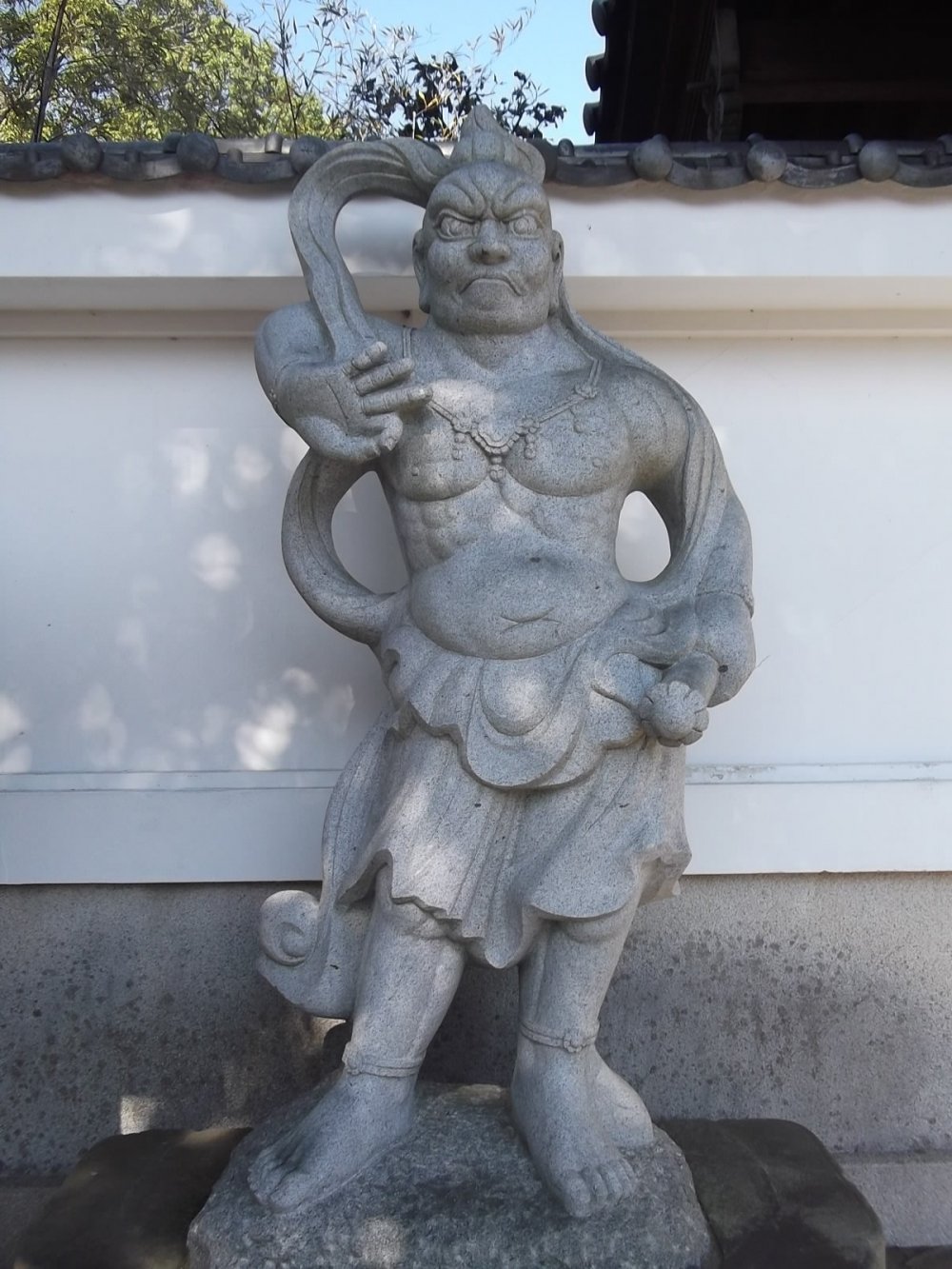 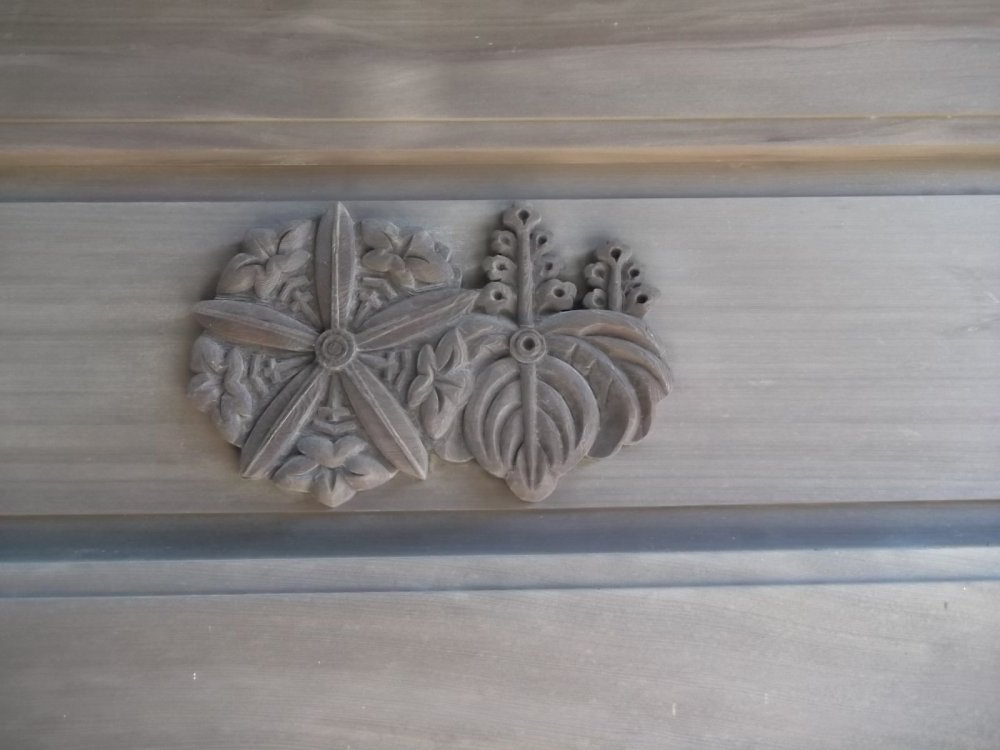 A carving on the gate 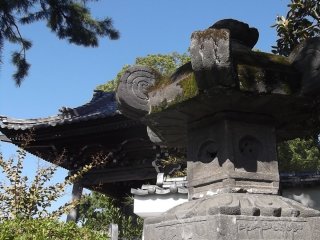 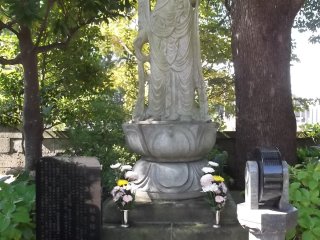 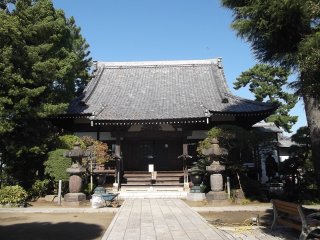 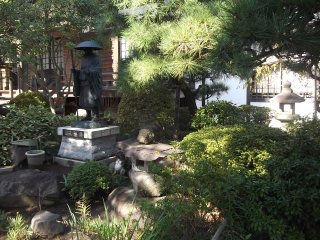 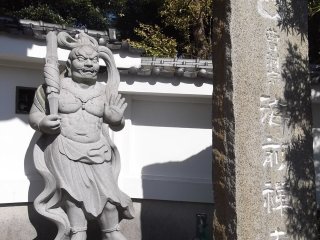 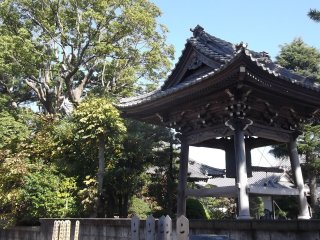 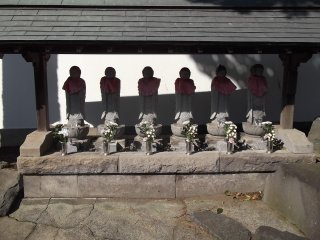 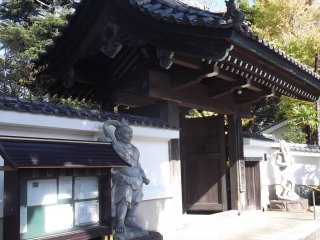 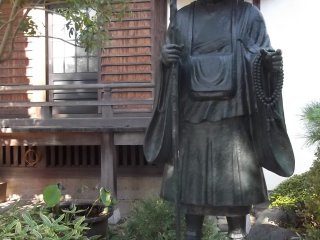 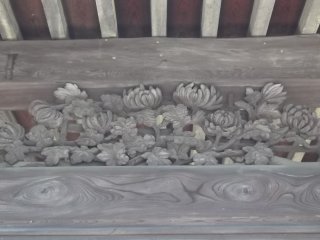 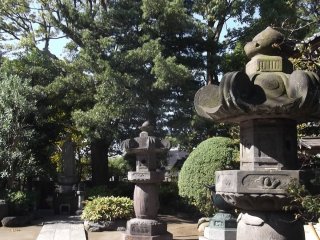 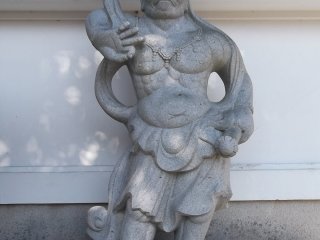 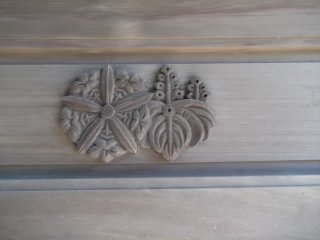 Sometimes you don't have to go far to find interesting places. However small it may be, every town or neighbourhood will have at least one shrine or temple, sometimes intimate, sometimes more imposing. Walking to my local hospital one day, I spotted what looked like a temple gate and, it not being an emergency, I decided to investigate.

I found Kaizen-ji, a very pleasant temple not far from Chigasaki station, and I did enjoy a pleasant few minutes poking around, taking in the atmosphere. For a suburban neighbourhood temple it's relatively grand, with an elaborate gate guarded by two imposing demon statues.

In the grounds there are a couple more Buddhist statues, a stoic pilgrim and a serene deity, and there are two impressive stone lanterns standing like sentinels in front of the main hall. Look up under the eaves of the hall and you'll find an attractive wooden carving; often temples will have a dragon looking down here, but at this temple you have a bunch of flowers, carved in intricate detail.