Free 2 Weeks of Wi-Fi for Tourists

Tourists can access the internet for free with NTT East

For its reputation as a technologically advanced country, Japan is woefully behind many other parts of the world in terms of WiFi service.  The WiFi that exists is nearly never free, and if it is, it's slow and unreliable. This can make life tough for travelers. One program that is working towards remedying that problem is the free WiFi for tourists service offered by NTT East, a major telecom company in Japan.

NTT East's service provides tourists with free access to the internet for 14 days (336 hours). The service is easily acquired at many major spots around eastern and northern Japan, and can be accessed at over 30,000 hotspots.

The first step is to pick up the "Free WiFi" pamphlet and card from one of many locations around Yokohama, Tokyo (Akihabara, Harajuku, Asakusa, etc.), all the way up north (Nikko, Nagano, Miyagi, Niigata), and even in Sapporo.  A list of distribution points can be found on their website.  Because this program is only available for tourists, you need to bring your passport to get the card. Just look for the pink "Free WiFi" signs as shown in the photos posted on this article.

Once you obtain the pamphlet and card, you can then log onto the system at one of the over 30,000 hotspots around the country (a list of which can also be seen here, including full PDF maps of the Yokohama area, and which are also mapped out on a function on the sign-in window when you connect). Accessing the internet is a piece of cake, and just involves following the instructions explained in the pamphlet.  The service is also available in Korean, Chinese, and regional Chinese (Taiwanese and Hong Kong) forms.

In my personal experience, I picked up my pamphlet and card at the Tourist Information Office in Yokohama Station, which is located between the two Central Gate exits of the JR trains. A large pink "Free WiFi" banner told me I was in the right place. The person working at the desk spoke excellent English, and not only gave me the materials but also walked me step-by-step through the process of signing up and logging in. I then tried to connect at a few different hotspots located in the area - it worked great at 2, but for some reason I wasn't able to connect at a third, which was a department store connected to Yokohama Station. However, at the Tourist Information Office, the woman mentioned that that specific hotspot was a new one, so it's possible that it was still being worked out.

This is a great service for tourists and travelers navigating their way through Japan. 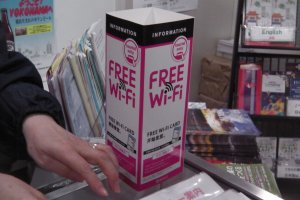 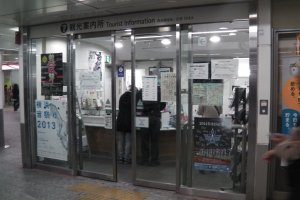 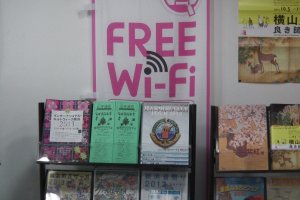 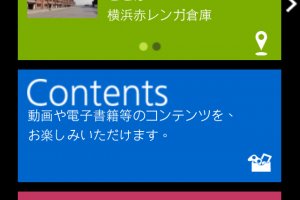 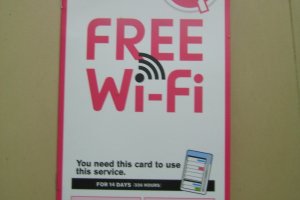 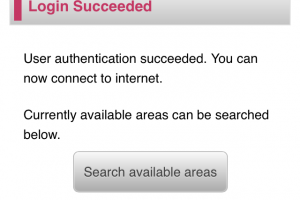 Selena Hoy 5 years ago
Love these! Hope it spreads.
Reply Show all 0 replies

mi9he 6 years ago
this is a very good news to hear! I mean, it is really difficult to go to places without map or direction from web when we want more details in English, especially the local train route
Reply Show all 0 replies

Paul Walsh 6 years ago
This is a good start, hopefully it will continue and make it west too!
Reply Show all 1 replies

Selena Hoy 5 years ago
For sure. Although I was just in Kyoto and they have a lot of free wifi spots around the city. Hope other cities follow suit.
Reply
4 comments in total