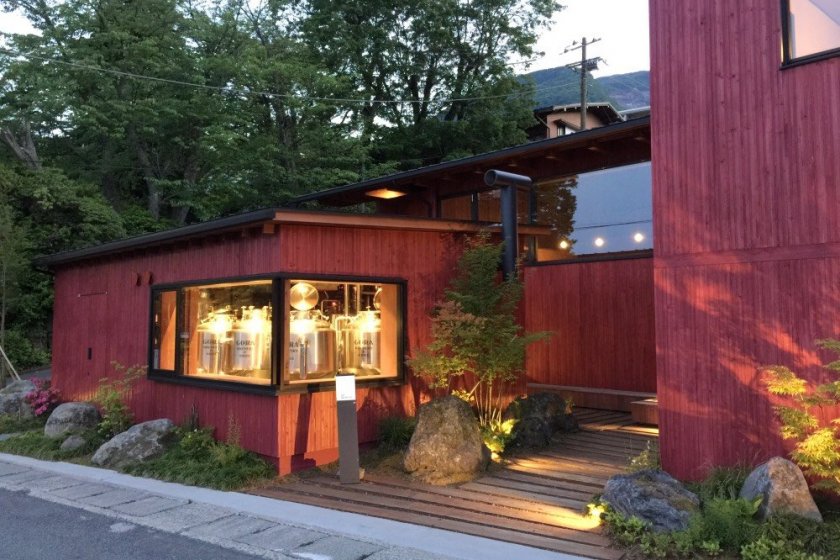 Hakone offers many options for quality, traditional Japanese food, but if you are craving something different and a touch quirky, Gora Brewery & Grill might well be great choice. The restaurant and brewery opened in 2017 as a sister store of Itoh Dining by Nobu, in Gora, high up in Hakone's mountains.

This stylish eatery collaborates with famous chef Matsuhisa Nobu and offers some of his signature dishes that can be enjoyed along with locally produced craft beer. Born in Saitama Prefecture, near Tokyo, Nobu owns more than 40 restaurants around the world and is known for his fusion cuisine, very much influenced by his experiences abroad.

Wherever possible, Gora Brewery & Grill uses local ingredients both for the food and the craft beer produced on site. The menu pairs with its beers and includes creative starters like burdock chips and wagyu beef gyoza in addition to classic options such as fish and chips and fried chicken. The restaurant's grilled highlights include Nobu's famous black cod miso or the succulent Japanese pork rib loin spicy grill. There is also a vegetables section with dishes like umami tomato salad, grilled shiitake mushroom or shishitou pepper with yuzu miso.

To produce its craft beer, the brewery uses 100 percent natural water from Hakone and has won a few awards for its creations. Gora Brewery's Hakone Amber was awarded the gold medal at the International Beer Show and Hazy IPA won the Silver Award at the International Beer Cup 2020. Its head brewer previously worked at Rise & Win, from Kamikatsu, in the Shikoku region. The drinks menu also offers wine, sake, gin and whisky, as well as soft drinks.

Open from lunch to dinner, Gora Brewery & Grill is also an option for a break in the afternoon for those exploring Hakone. Outside, it's possible to have a glass of beer while enjoying a relaxing footbath. The rock garden outside can be appreciated from the counter seats, through a large glass window.

Volcanic design symbolic of the region

The restaurant was designed by Hiroshi Nakamura & NAP, an award-winning Tokyo-based architecture office. The idea behind the project is to mimic Hakone's natural elements like its volcanic eruptions, fire, smoke, moss and rocks. A great amount of volcanic rocks were, in fact, excavated from the ground so that the rock garden could inherit memories of ancient eruptions in the area.

The wooden structures were built with cedar trees harvested locally. A key component of the interior design is an imposing ancient tree that divides the internal space of the restaurant. Placed as a structural pillar, the large fallen cedar tree is over 300 years old and used to stand along the road leading to Hakone Shrine. Like the rocks, the wood, and the ingredients, the sacred tree is another element used intentionally to evoke Hakone's history.

With its food, beer and design, Gora Brewery & Grill combines the best of the local area with a penchant for international style. 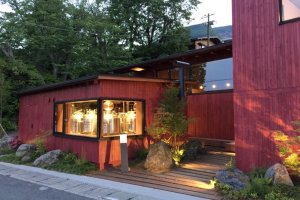 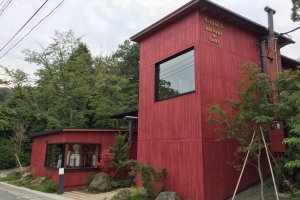 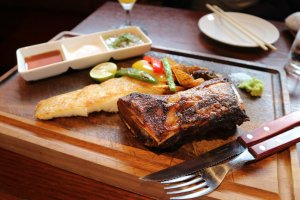 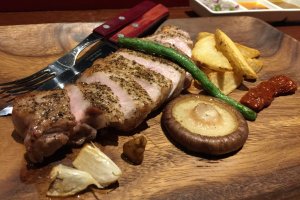 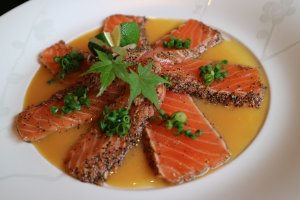 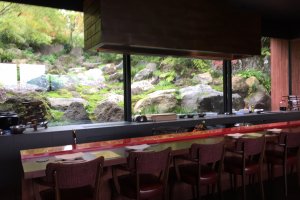 Kim a year ago
The menu sounds fabulous!
Reply Show all 0 replies

Elena Lisina a year ago
Great view, dishes and a foot onsen as a bonus - wonderful place!
Reply Show all 2 replies

Sleiman Azizi a year ago
It's a great concept, isn't it? Very appealing.
Reply

Elena Lisina a year ago
Yes! Maybe it's too expensive for me...
Reply
5 comments in total