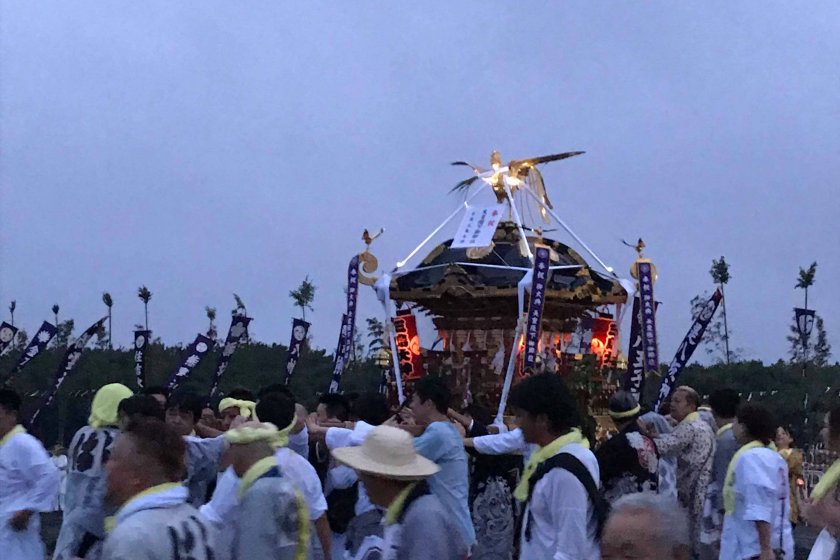 Kanagawa's Shonan area is popular thanks to its surfing spots and beaches, where people can get away from Tokyo to relax and enjoy. Chigasaki's Southern beach is particularly well-known among tourists and locals alike, but not many outside of the city know one of the area's more traditional festivals.

The Hamaori-sai is a perfect example, designated an Intangible Folk Cultural. It takes place every year at dawn on Marine Day (or "Sea Day").

More than 40 mikoshi (palanquin shrines) of different styles—some over 500 kg—are gathered from across Chigasaki and Samukawa to Nishihama beach, where they are brought into the sea and undergo a purification ritual.

All the different shrines prepare during the build-up weekend until the final midnight, from when the famous chants of "Dokkoi, dokkoi" can be heard, yelled in unison by the mikoshi carriers.

The mikoshi start arriving at the beach around 4.00am, where plenty of food and drink stalls reward those visitors brave enough to come at such an early hour to watch.

The Hamaori-sai festival dates back to the Tenpo era and is said to have started when the Mitsukoshi of Samukawa Shrine went lost into the Banyu River following a fight between parishioners of different shrines. Days later, the shrines reappeared at the beach and since then, the festival has been taking place to show thanks for their safe return and to mark the arrival of summer in the Shonan area.

If you are in Chigasaki during the Hamaori-sai, sacrifice a few hours sleep and let your sense of discovery lead you to this very unique and traditional celebration.

French & Italian living in Japan, I have been traveling to Japan every year until I moved to the Shonan area in late 2018. Coffee lover, I spend most of my free time looking for the best cafes the area has to offer. 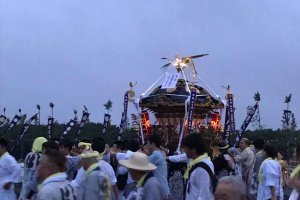 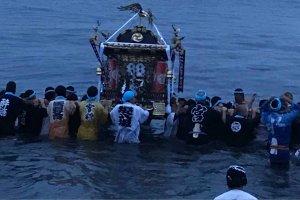 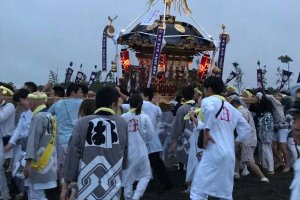 Christophe Audisio Author 2 years ago
It was really impressive and the atmosphere was great, definitely worth staying up all night for it!
Reply