A lifelong collection of tattoos and tebori

Horiyoshi III is a well-known tattoo artist specializing in traditional full body Japanese tattoo suits. He and his wife run this private collection, which was opened in 2000. The artist has been using a traditional method of tattooing called tebori, which uses needles without an electric device.

The museum itself used to be an converted shop which adds to the authenticity of the exhibition; you get a sense of a real passion for body art. The floor above is the tattoo studio. No one was around on the ground floor so I knocked on the door on the first floor and a Horiyoshi’s son answered. He came down with me to let me in, I paid the entry fee of 1000 Japanese Yen and he gave me a badge, although we did not talk much he seemed friendly. Horiyoshi has inked tattooed celebrities such as the Red Hot Chilli Peppers and has produced some great work throughout his career and throughout the exhibition there are examples of his work on show. The exhibition includes equipment from famous Tattoo artists from around the world such as Ed Hardy and George Bone. The exhibition hosts a varied range of items such as mannequins, tattoo guns, old photographs, equipment & dolls and even without speaking Japanese is still quite interesting.

Although this small museum was hard to find it was worth visiting due to its authenticity and the interesting items on show; it feels like it is a gathering of inspirations and developments throughout his career. I have been to a lot of mainstream museums with white walls and strict rules so it was nice to visit something different. If you have an interest in tattoos and happen to be in the Yokohama area, you should defiantly check this out as it has a lot of historic information about the tattoo scene in Japan.

The museum is only a 10-minute walk from the main Yokohama station or even shorter from Tobe station. Admission is 1000 Japanese Yen which converts to £5/$8. It is open from 1:30pm until 6:30pm each day except for the 1st, 10th and 20th of every month. 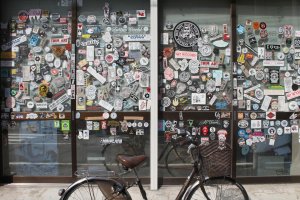 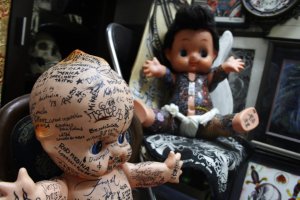 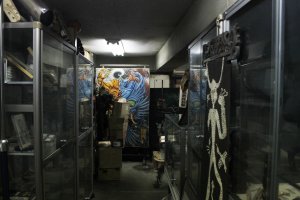 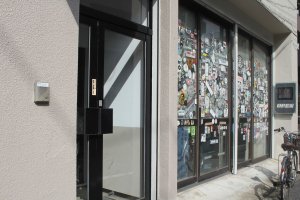 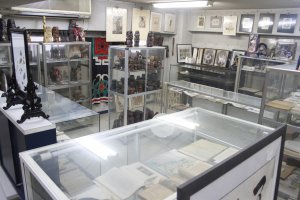 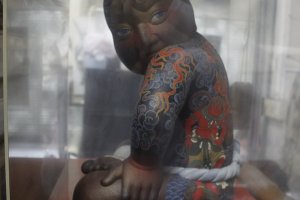