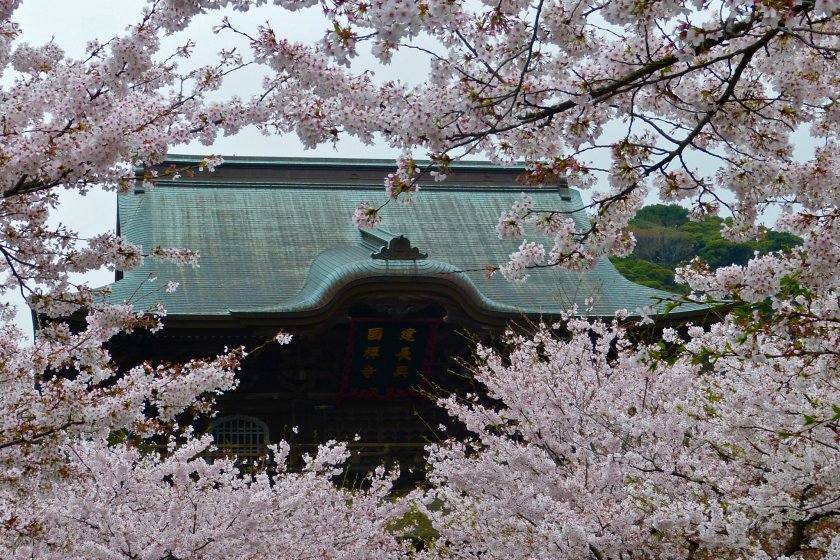 Kencho-ji Temple was established as the first Zen-only training monastery in Japan starting in the late 1200s. In those days, there were many high level Buddhist priests from advanced country China practicing in Japan, and both Japanese and Chinese priests practiced together. Exquisite Chinese pottery and calligraphy were seen in many places, and the Chinese language flew back and forth everywhere in the temples. Kencho-ji Temple was known as the leading Zen temple and was also respected as being THE place in Japan for sophisticated culture.

When you pass through the entrance and walk toward San-mon Gate, a path lined with cherry trees will greet you first. When they are in bloom, it seems like you are walking through a cherry blossom tunnel. Seeing countless pink petals lying scattered on the stone pavement is also nice. After passing under the great San-mon Gate, look back over your shoulder. The gate will make a nice frame for a snapshot of the cherry trees.

Rankei Doryu was the first chief priest in Kencho-ji Temple. He was born in Sichuan, China, in 1213 and he became a priest when he was 13. In those days, Buddhism flourished in China, making it possible for him to benefit from an extremely high level of education and the attainment of enlightenment. In 1246, knowing that Zen was not being properly taught and practiced in Japan, he decided on his path in life and left China. He arrived in Japan and stayed first at Engaku-ji Temple in Hakata, then Sen-nyu-ji Temple in Kyoto, and Jufuku-ji Temple and Joraku-ji Temple in Kamakura. He was invited to head Kencho-ji Temple when it was established in 1253.

He instituted strict rules for the young monks, to let them know that “Zen is practice”. Japan’s Buddhism in those days was based on incantations and prayers, not practice. Some temples had already taken in Zen, but it was combined with other forms of Buddhism and focused on studying and literature. He strongly believed that it was important to lead a disciplined life, and thus shared hand-written admonitions with the monks. His beautiful handwriting itself is of great artistic value, but I think it’s also quite interesting that the detailed content of his writings shows his character.

1. Practice Zen meditation from the start of evening to 11 PM and from 2 AM to 6 AM. (That’s almost nine hours a day!)

4. Don’t talk while at the braziers, or in the halls.

If they broke any of these rules, they were required to practice Zen meditation for an additional few hours. This was quite tough, since they were already very, very busy with work duties and meditation. From the time a monk first entered the temple, he had to work hard and had many tasks to do daily, as well as quite short sleeping hours. So if they had to also pay a penalty, they weren’t able to sleep and eat at all!

He composed a poem on his deathbed in Kencho-ji in 1278:

It has been 30 years since I came to Japan. I tried to lead as many people as I could, through the fine points of Zen teaching. Now it’s time to go. Look! I will turn a somersault and leave. (Author’s rough translation)

He showed a very strict attitude to the monks, but on the other hand, as we can see above, he also possessed a great sense of humor!

It is said that a huge juniper tree in front of the Buddha Hall was planted by Rankei Doryu. And the garden behind the Hojo was originally designed by him. He devoted himself in hopes that Zen would take root in Japan starting here in Kencho-ji Temple. When I visit Kencho-ji Temple and enjoy its simple beauty and cherry blossoms, I can’t help thinking about Rankei Doryu’s remarkable service to Zen Buddhism in Japan.

About this series: Buddhism From Across the Sea

In this series, I would like to introduce six special priests from old China who had a great influence on Japanese Buddhism between the 8th and 17th centuries. 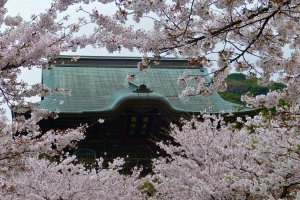 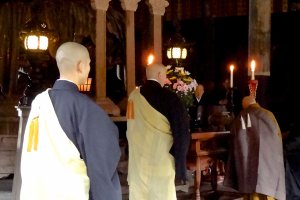 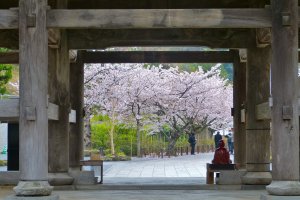 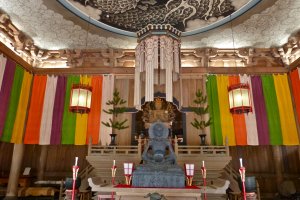 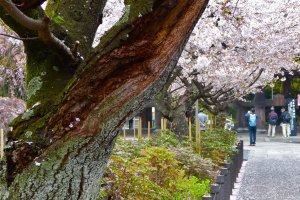 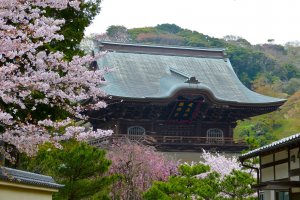 Andre Moreira 5 years ago
Hello!
I have been working on the Portuguese translation of some of your articles and I'm totally loving this series. It's really interesting to read! Thank you!
Reply Show all 1 replies

Tomoko Kamishima Author 5 years ago
Thank you, Andre. I'm really glad to hear that you enjoyed this series.
Reply

Michael R Lynch 6 years ago
Interesting and, well written series, here. I'll have to bookmark and read all of them !
Reply Show all 0 replies
3 comments in total