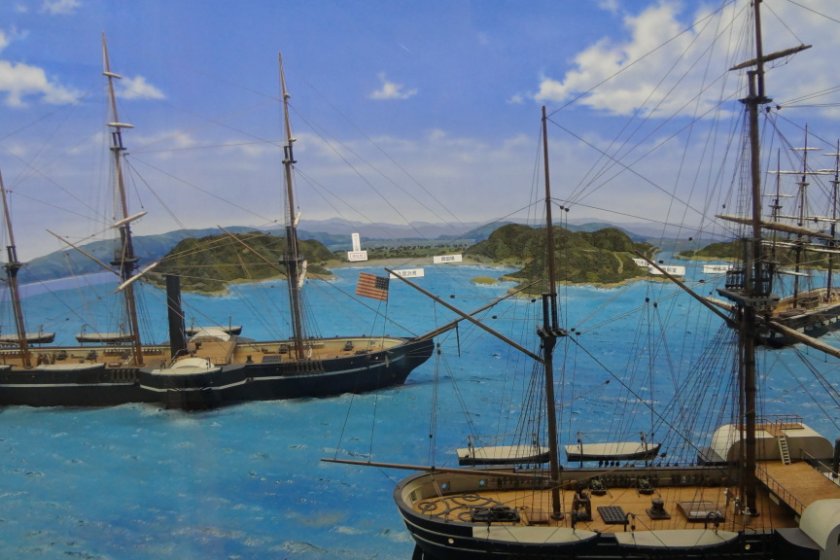 Models in the museum of Perry's Black Ships.

A park along the Kurihama seashore in Kanagawa is the place where Commodore Matthew C. Perry of the U.S. Navy first set foot on land here in Japan. The park was built to commemorate Perry’s landing. There is a stone monument and a small museum exhibiting artifacts related to Perry’s fleet of ships.

It was a little before 8 in the morning on July 14,1853 when two huge black vessels anchored within effective range of cannon fire off Kurihama’s shore. One and a half years before, Perry had received a command to press Japan to open her doors for trade. He gathered all the information he could find about Japan and the Japanese, and always had a few key books close at hand, including Engelbert Kaempfer's History of Japan . He read them over and over again quite thoroughly. Still more, he bought navigational charts from the Netherlands for a huge sum of money. He then carried out meticulous preparations and planned his best strategy for the mission.

Perry Park is the place where Perry accomplished his first important step. A big stone monument erected to the memory of Perry’s first landing, stands in the middle of the park. On this stone, details of Perry’s landing are inscribed both in Japanese and English. And there is a little museum in the corner of the grounds. It displays historical records related to the coming of Perry’s fleet, a Perry letter to his daughter, several paintings showing warships and crew members, and so on. A three-dimensional model of the Perry’s famous “black ships" will expand your imagination and bring you closer to that exciting historical moment.

After anchoring, Perry and 300 of his officers, sailors and soldiers landed. 30 minutes later, he returned to his warship, having successfully handed over to Japan (who had refused any outside attempts at diplomacy for 200+ years) an official letter from U.S. President Millard Fillmore.

The following year, at 3 p.m. on February 13th 1854, Perry anchored offshore once again. He had come back to Japan to receive an official response from the Tokugawa Shogunate. He pushed the Shogunate to have the important meeting near Edo, but Japan insisted on holding it near Kamakura or Uraga. Japan wanted to keep Perry’s fleet at a distance. The negotiation over the location of the meeting had come to a standstill. After tense backdoor discussions continued for one month, Japan finally consented to holding a diplomatic meeting at Yokohama (closer to Edo than Kamakura and Uraga).

Conclusion of the treaty made near a camphor tree in Yokohama

Perry and 500 of his staff landed in Yokohama to conclude the Treaty between the USA and the Empire of Japan in March, 1854. William Heine, a German-American painter who accompanied Perry drew the scene of the decisive moment. In the picture you can see a big tree on the right. It is a camphor tree that survived fires, WWII, and the great Kanto earthquake, and which now stands in the courtyard of the Yokohama Archives of History. This camphor was witness to all these important historical scenes. Only the tree knows how Perry sat at the table, talked with people, and smiled during the meeting!

The Yokohama Archives of History has a lot of documents and reports from before and after Japan’s national seclusion. It is a quick two-minute walk from Nihon-odori Station of the Minato-mirai Subway Line’s Exit 3.

Since Perry came on shore at Kurihama in 1853, the history of Japan suddenly and forever changed. Perry Park is the starting point where modern day Japan was born. 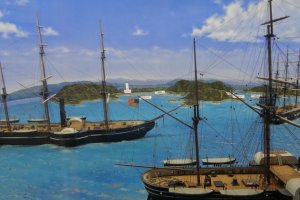 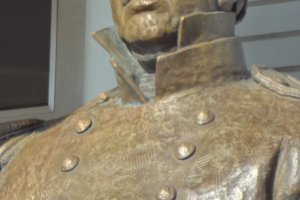 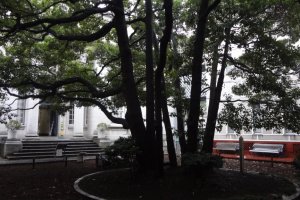 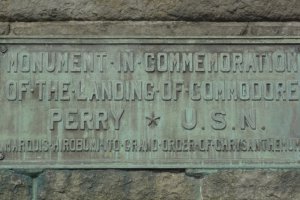 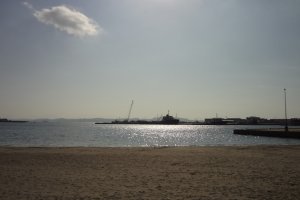 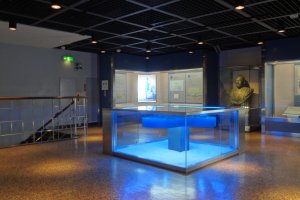