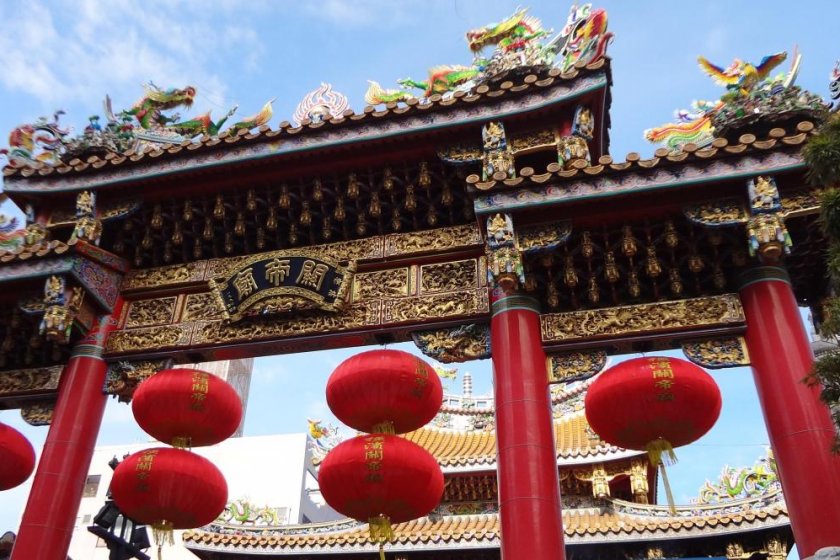 Let’s take a look at the gate to the shrine

Kantei-byo (関帝廟) is a Chinese shrine dedicated to “Kanwu” who is a famous general in the well-known Chinese historical novel, “The Romance of Three Kingdoms.” This shrine has been an anchor for Chinese people living in Japan who have left their home country. But now, it has also become popular among people who run businesses, and those who are Feng Shui enthusiasts.

A Map of Chinatown

Travelers who visit Yokohama Chinatown might be puzzled to figure out where they are. The reason is that the streets outside Chinatown come from the southwest to the northeast, but inside, the streets run on a grid from the north to the south. Please open a map. You will find that the center area of the Chinatown is 45 degrees off.

There are ten gates (but four main gates) in Yokohama Chinatown. If you take a map of Chinatown and draw two straight lines linking the west gate (Enpei-mon 延平門) to the east gate (Chou-yo-mon 朝陽門), and then the north gate (Gembu-mon 玄武門) to the south gate (Suzaku-mon 朱雀門), what do you think the intersecting point of the two lines is? It is Kantei-byo Shrine.

Kantei-byo enshrines famous Chinese hero “Kanwu”. Kanwu excelled in the areas of power, courage, justice, loyalty, and also business. For all these reasons, the people of Chinatown have chosen to follow Kanwu as their “God of Business”.

Kantei-byo was first mentioned in an article of The Far East newspaper in 1871, where it was said that a festival of the shrine was “bustling with activity.” Over the next 100 years, the Great Kanto Earthquake, WWII and numerous fires gave the shrine repeated crushing blows. But each time, the tough-minded, pious and traditional people of Chinatown rebuilt it.

A Visit to the Shrine

Let’s take a look at the shrine’s gate. Four glass-art dragons protect the shrine from the roof of the gate. White stone dragons, climbing up to heaven, decorate the steps. Very impressive!

Now, let’s enter the gate. We see two stone statues: Guardian dogs alert in front of the sanctuary. The stones were carried from Taiwan and carved by masons in Kamakura, Japan.

Next, let’s climb the steps on the right side. It is the entrance. The figure in the center is Kanwu. He had a beautiful mustache and beard. Look up at the ceiling. Tremendous numbers of ornaments and other colorful decorations will make you feel giddy. This is one manifestation of the energy focus of Feng Shui. Kantei-byo is the ultimate point of airflow focus and power in Chinatown.

Feng Shui (the Law of Heaven and Earth)

Feng Shui is an idea of ancient China, which recognizes that airflow is strongly connected to the good or bad luck (qui) in a city, houses, buildings and cemeteries. In Feng Shui, the best place is one that has a proper arrangement of the Four Guardian Gods. And so I highly recommend that if you want to feel this power yourself, visit Kantei-byo, walk around it, and put out your vibes. You may or may not feel it, but it’s worth a try!

Find out more about Kanteibyo. 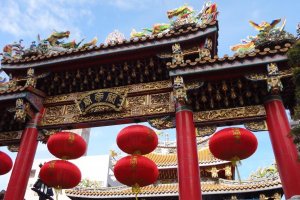 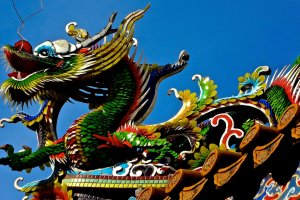 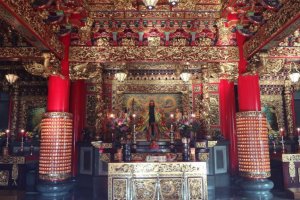 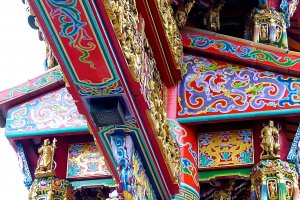 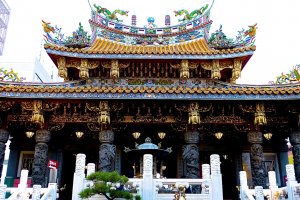 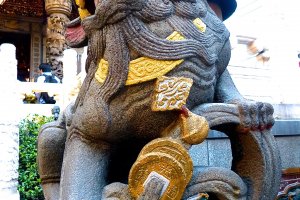