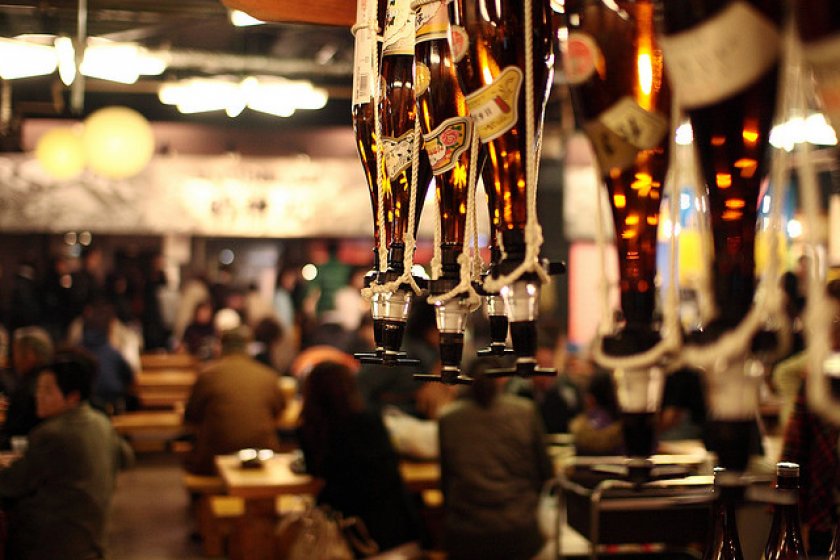 Hirome Ichiba, Much More than Just a Market

No shortage of sake at Hirome Ichiba (Photo: Naoya Fujii)

Greeted by a hearty, “Ohayo gozaimasu! (good morning)” by a friendly middle aged woman as she opens her shop, dodging the fishermen as they frantically unload the morning catch from their trucks, and still beingg a little shocked by the occasional elderly man having a pint of beer with breakfast, I realize, as I walk by most mornings, that Hirome Ichiba(market) is a pretty special place.

Hirome Ichiba is in downtown Kochi, near the castle. Opened in 1998, this very unique market was all about creating a tourist destination to spread the knowledge of Kochi's food, friendliness, and artistic culture.

In fact, Hirome comes from theJapanese verb hiromeru, meaning to propagate. The name was also chosen because Hirome Shigeaki, a popular minister to the lord of Tosa during the Tokugawa period, is said to have lived in the same spot.

Hirome (by the way, most locals drop the 'Ichiba') is made up of over 60 shops that fill this relatively small building. While the majority are izakaya's and restaurants, you can also find anything from fresh fish, to local produce, souvenirs, clothes and jewelry.

Large wooden tables with benches and stumps for seats are set out in a type of food court style, but is so much more than a food court. Hirome is all about friendliness and convenience. The open style allows people to get whatever food and drink they want, and sit anywhere that's open. Many times, groups that don't know each other will share a table and start talking as if they're old friends.

As a popular hang out for local expats, Hirome is also a good chance for the traveler to find someone who speaks English and learn a little bit more about life in Kochi.

I've met people from all over the world in Hirome, and it's always fun to hear about what brought them to Kochi. Whether it's surfing, the 88-temple pilgrimage, or just traveling around Japan, we always have a nice chat and part ways feeling happy to have connected to the shared experiences of another traveler. In some way or the other, it always feels as if you're just saying hello to a slightly different version of yourself.

Don't expect, though, that other foreigners are the only people you'll meet at Hirome. Keeping to the friendly spirit of Kochi, you will probably be approached by at least one fairly inebriated local. Depending on your ability to communicate in Japanese and theirs in English, the experience could range from quite enjoyable to painstakingly awkward. Regardless, it will probably make for a fun memory and add even more to the character of Hirome.

It's very easy to get to Hirome as it's downtown at the end of the covered arcade street, Obiyamachi. If you're meeting up with someone else in Kochi, it's a great meeting spot, especially if you can't agree on food and just want a place with a lot of cheap options.

If you're in the city on the last Saturday of of October, stop by after 11:30pm as there's a huge Halloween party that brings out the whole of the international and Japanese community alike. Similarly, there's a New Year's Eve count down party as well.

Hirome is a lot of fun regardless of when you go, so I hope you'll check it out as there is nothing else like this in Japan—Japanese tourist from other prefectures are usually blown away by this iconic display of Kochi spirit.

Find out more about Hirome Market. 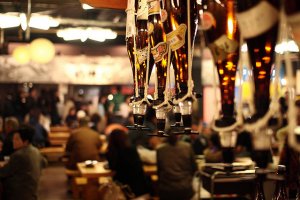 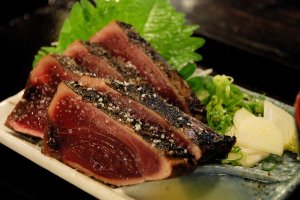 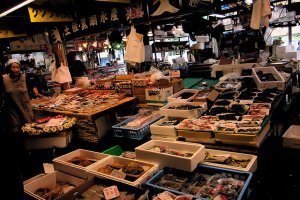 My Đặng a year ago
It was a very fun and memorable experience of Japanese culture!
Reply Show all 0 replies

Novia Mardasari a year ago
I hope i can visit this place, nice place!
Reply Show all 0 replies

Kim 2 years ago
Loved it here when we visited - a really fun atmosphere!
Reply Show all 0 replies

Bronwyn O'Neill 5 years ago
I've heard great things about this market - this confirms my suspicions! Looking forward to visiting.
Reply Show all 0 replies
4 comments in total