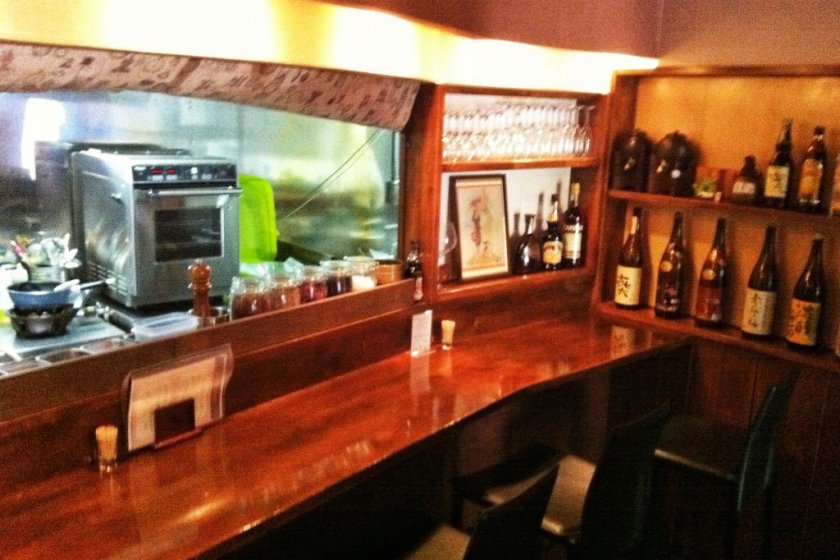 A cheap cafe/izakaya for when you're really hungry.

When walking downtown along the Obiyamachi covered arcade, there are a number of dining options. A recent addition to these options is a very small place called Cafe Stanley. While the space might be small, the portions were surprisingly large.

Cafe Stanley opened in late 2011, and was a one man show when I went in. The owner was a very nice man who is enamored with American culture and claimed that was one of the main influencing factors that went into the idea of the cafe. While I couldn't quite see the connection he was trying to make, the lunch set portion was definitely influenced by American sizes (not quite as large, but the perfect size if all the running around you've been doing has left you feeling pretty hungry).

As an added benefit, the lunch special was also quite cheap. For 650 yen, the set included: salmon with tartar sauce, stewed chicken in a tomato soup, salad, soup, and rice. A coffee at the end of your meal will cost another 100 yen, but it is freshly ground coffee.

Unfortunately, I actually didn't get to have the lunch set the day I went. I was a little late, and he had already run out of ingredients needed to make it. Being the only one there with a steady flow of hungry people, he couldn't run out to get what he needed. I saw the two last sets going out, however, and they looked good. I also happened to see the hamburg steak plate, a great looking option for when you're really hungry. It will cost you 950 yen, however.

I went with the omellette topped rice with a demi grass sauce. It also came with soup and salad, and was quite tasty. I probably would have enjoyed it a bit more had it been my first choice.

One great little touch that Cafe Stanley introduced me to was a shiso leaf (perilla leaf) in the pitcher of water set down with my lunch. Did you catch that? A whole pitcher. That doesn't happen much. Not only was it just my own pitcher of water, but it was also refreshingly flavored by the shiso leaf. For the hot, tired traveler, I imagine this would be perfect.

My one complaint, and this is just a personal preference, is the choice of music. This was also obviously inspired by American culture, but sounded like it was being streamed in from a hairband rock station from about thirty years in the past. If that is the kind of music you like listening to, then that's fine, but it was just such a huge contrast with the otherwise quiet atmosphere created by low lighting, dark wood, and the rows of cute plants lining the window. I guess it could have just been a one time selection. Perhaps he chooses different music everyday, or he was just too busy to notice.

This wouldn't have been so bad if he had a couple of people helping him out. My food would have come out much faster, and I wouldn't have had to listen to the music for nearly as long.

Cafe Stanley is doing a lot that is good, and I hope that he finds some help soon. If you come to Kochi, you will be near Obiyamachi at some point. You will probably also be very tired as you will most likely be walking a lot. Cafe Stanley will be a good place to go and recharge with a big lunch for more siteseeing in the afternoon. 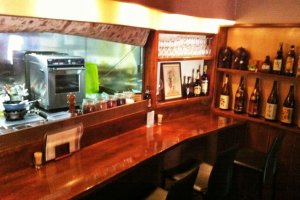 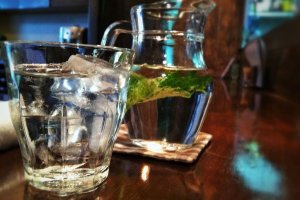 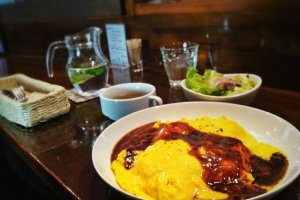