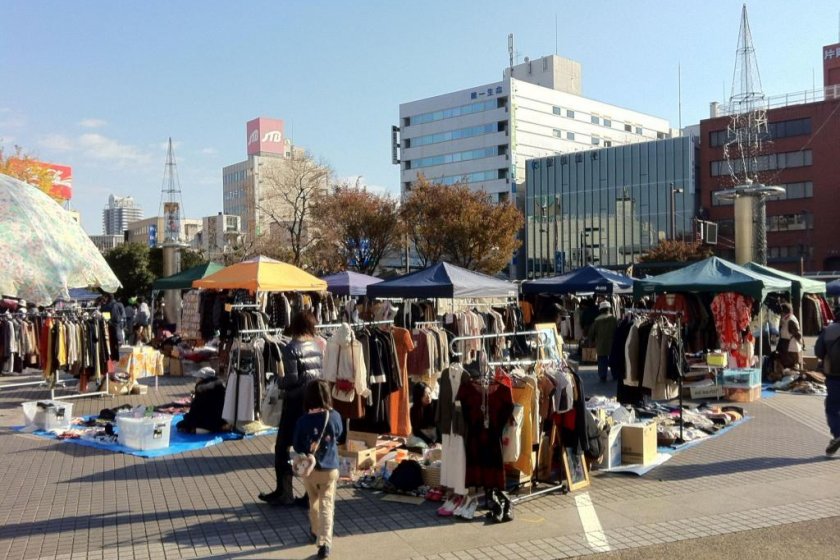 "Oh, let me get that for you," shouted an older man as he came running over from the next booth over to pick up a toy that my daughter had just dropped. He kindly picked it up, handed it to my daughter, commented how cute she was and then walked back over to his stand smiling. "This is the friendliest flea market on earth," I leaned over and told my wife. We continued our shopping in the warmth of a Sunday afternoon in December, surprised both by everyone's friendliness and the quality of the things being sold.

The great thing about the monthly flea market in Kochi's Central Park is that it seems that just about anyone can sell whatever they like. You can just show up with a bag full of old clothes (like we did), set out a tarp, and sell your things. Because of this, there was a huge variety in the types of goods there. I guess that's the beauty of a flea market anywhere, but I was particularly surprised by the number of things I actually wanted to buy. Usually, I just feel that something is interesting or funny, but don't end up buying it.

At the Kochi flea market, I saw a lot of things that friends back home would like. There were random anime and manga booths for people more into pop-culture, as well as a large number of small antiques. You could probably get a lot of your souvenir shopping done here. I was able to find a lot of great souvenirs and cheap Christmas presents.

There were even a couple of places selling brand new products for a couple hundred yen.

For example, one person had a lot of really great Japanese dishes, bowls, and trays for about one hundred yen apiece. Better yet, they had never been used.

I overheard an older man talking with the seller. He was shocked that she could sell such high quality dishes from the "good ol' days" so cheaply. She just explained that her family used to have a store several years ago. When the store closed, they left the inventory untouched. Now, they've decided to get rid of it, so they're selling everything as cheaply as possible.

Not everything at the market was that cheap, though. For example, some handmade wooden baskets and lamps were selling for about 1500 yen apiece. Wait, come to think of it, that's pretty cheap, too—but at the time, everything over 200 yen seemed luxurious.

Central Park, or Chuo Koen in Japanese, is very easy to find. Heading south from Kochi station, you come to a busy intersection at Harimaya Bridge and the Yosakoi dancing clock tower. If you turn right here, walk down a couple of blocks until it opens up to a large, round plaza. This is Central Park, a space for all of the city's major events throughout the year.

While it may be the friendliest flea market on earth, it also may be the most unpredictable as far as scheduling. I asked one of our friends who sets up a booth at every market they have, and he confessed that they never know when the next one is going to be until a few weeks before. Not only that, it's not always on Sundays. Most of the time it's on weekends, but depending on the park's event schedule, that's not always guaranteed either. Also, the schedule, when it is known, is not posted online anywhere. In this way it's kind of nice, but for the tourist who may really want to go, it would be nice if there was some clear way to know about it beforehand.

Chances are, if you're in town on a Sunday and drop by Central Park, there will probably be something going on. It may not be the all-elusive flea market, but if it is, that's even more reason to feel happy about getting to see it. 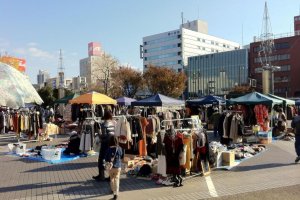 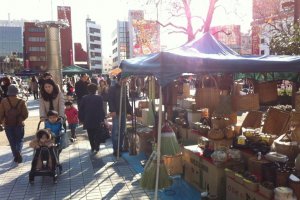 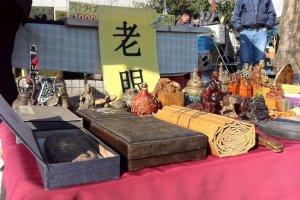