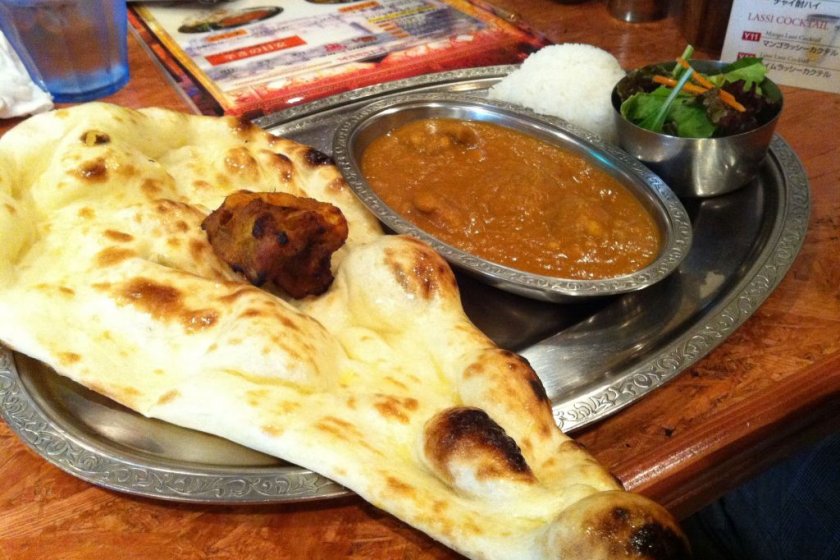 Chicken curry with the B Lunch set, only 850 yen.

I used to do quite a bit of Indian cooking when I was a college student. It was cheap, filling, and used a lot of vegetables so I felt it was healthy, too (that was before my Indian friend then explained that heart disease is a big problem in India). Let's just say I was a little obsessed. Then, I came to Kochi, Japan.

Being the curry addict that I was, I immediately sought out the local options. The first place I discovered was Masala.

The location I discovered was the one nearest my apartment in Obiyamachi, but Masala has actually opened up three other restaurants in Kochi since then. I have eaten at three of them.

I must have seemed pretty strange when I went into Masala the first time. It had been about a month since I had had Indian food, and the shear excitement on my face was a result of the withdrawal. Here I was, some white kid from Texas, who was not excited by the sight of a McDonald's, but the possibility of getting real Indian food again.

I have to be honest, the first time I ate at Masala, I was a little shocked by the price. It was good, but not 1280 yen seemed like a lot since I knew my Indian friends back home used to live on $30 worth of groceries a month. But, given the ingredients were also difficult to find here, what option did I have? I just accepted that Indian food in Japan was going to be an expense I had to plan for.

At Masala, you have a choice of various set options and individual curries. Except for a few other options, curry is the majority of the menu. You also get to choose your level of spiciness. I always stop at 9 (out of 50) because the price goes up after that. You get the best value by ordering a set, but you only get the option of chicken, pork, or fish curry. None of them really seem to change that much as there is never a lot of meat. By 'not a lot', I mean maybe two or three little pieces. This is why I always go with a set that includes Tandoori chicken. You also get a very large piece of nan, so all-in-all, it is a very filling meal.

You can also end your lunch or dinner with a nice chai or mango lassi.

While Masala is not the best curry I have ever had, it is always very consistent. Its multiple locations also make for an added convenience that usually results in Masala being the Indian restaurant in Kochi I visit most often.

Even if you are not a curry addict like me, Masala and other Indian restaurants in Kochi offer a very filling and savory option. I recommend the location at Yashi Park on the boardwalk overlooking the Pacific Ocean for a nice view to accompany your meal.

Check this map I've made for the other locations. 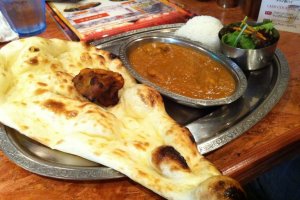 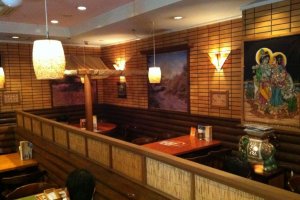 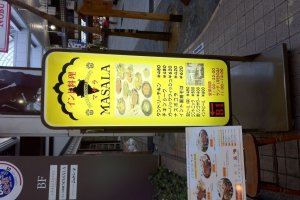