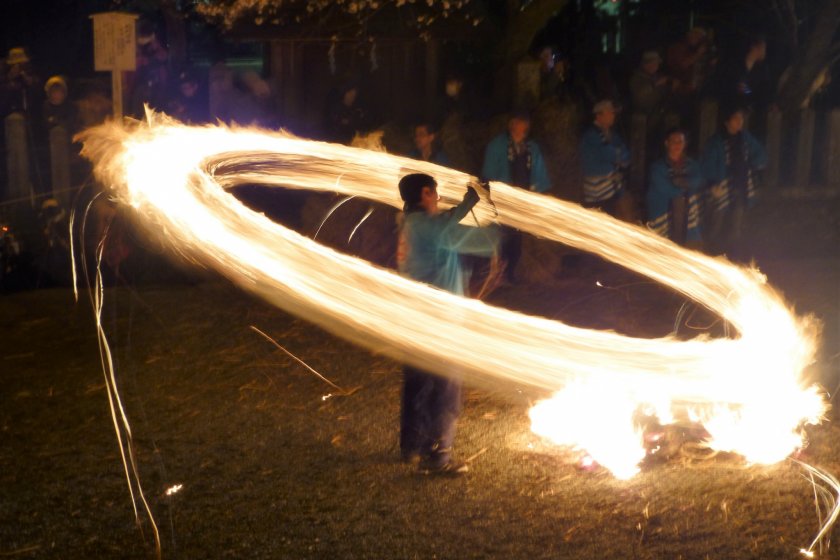 A springtime celebration in the Mt Aso region

The Aso region of central Kumamoto celebrates a month-long fire festival every year at the end of winter, to prepare for the upcoming growing season.

Several events make up the festival, including the Dai Himonjiyaki, the main event. This involves the lighting of a giant Chinese character representing “fire” on the hillside of Ojo-dake on the second Saturday of March. The surrounding grasslands are also burned to keep the pastureland in good condition, in a ritual known as no-yaki. A fire swinging ritual, hifuri shinji, takes place at Aso Shrine on the third Saturday in March.

Schedules and details of the events can be obtained from the Aso Tourism Information Center located next to JR Aso Station. English-speaking staff is always on hand.

Find out more about Aso Shrine. 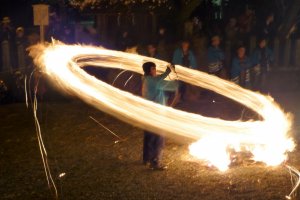 This event has been officially canceled in 2020 as a preventative measure to help curb the spread of the novel coronavirus (COVID-19 disease).

Kim 11 months ago
This looks intense!
Reply Show all 0 replies