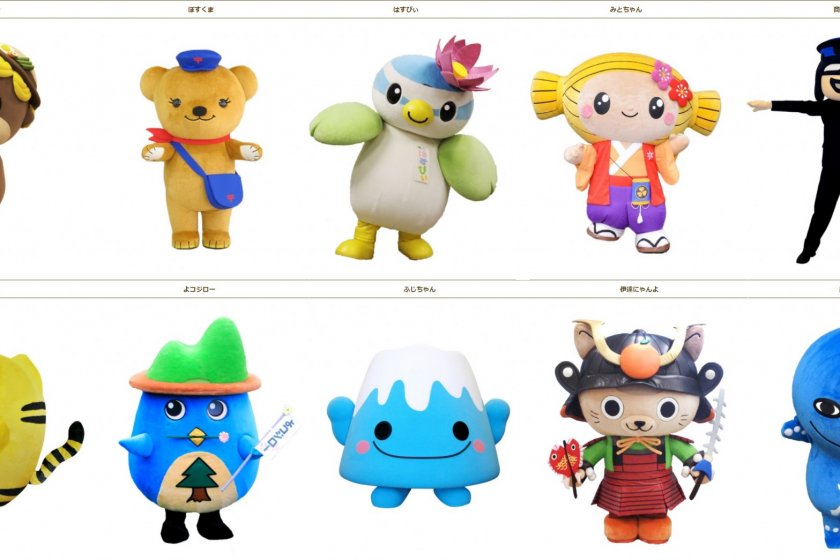 Cute and lovable characters of all colors and sizes

Children love them, so do adults. Yuruchara is the short form of yurui character, which is a term for Japanese mascot characters. “Loose” in literal translation, they are generally laid-back, fun, and lovable. The characters are usually created by local governments, organizations or companies to promote a place or region, an event or a tourist attraction. Mostly cute, adorable, quirky or simple in design, many of these characters incorporate culture, history or products they represent.

Although the concept of mascots existed since the 1980s, it was only after the creation of Hikonyan, a mascot created by the city government to celebrate the 400th anniversary of Hikone Castle in Shiga prefecture in 2007 that started the current increasing popularity of character mascots. Some of these mascots have become so popular that they have gained fame worldwide.

Much like a human being, usually each mascot have their own unique names, gender, birth date, likes and dislikes, hobbies, favorite food, and more. Some of the mascots have their own websites, own television programs, a whole range of merchandise, and their images plastered across souvenirs and advertising billboards. They sometimes help to promote local tourism, and educate on local culture. The more popular mascots even has had an impact on the economy. One of the most well-known characters, Kumamon from Kumamoto prefecture, has generated 124 billion yen in tourism, product sales, and advertising.

Competition between the mascots is fierce. Some of the lesser known ones have difficulties to remain popular, or even stay alive. Since 2010, there is an annual event, the Mascot Grand Prix, whereby the mascots gather every year, and the public can vote for their favorite mascot. Companies have a different competition from prefecture ones. Winning the event will definitely be a boost to its popularity. Both old and new mascots take part in this, and the number of entries have been increasing every year. This year's version is to be held in Mie prefecture on the 18th and 19th of November. Check out their home page here. 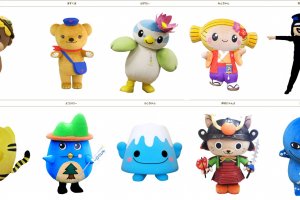 Yui Yamaguchi 4 years ago
There are so many yuru chara now...it's hard to remember, but they all look cute!
Reply Show all 1 replies

Amanda Ho Author 4 years ago
Yes, they all look so cute!
Reply
2 comments in total