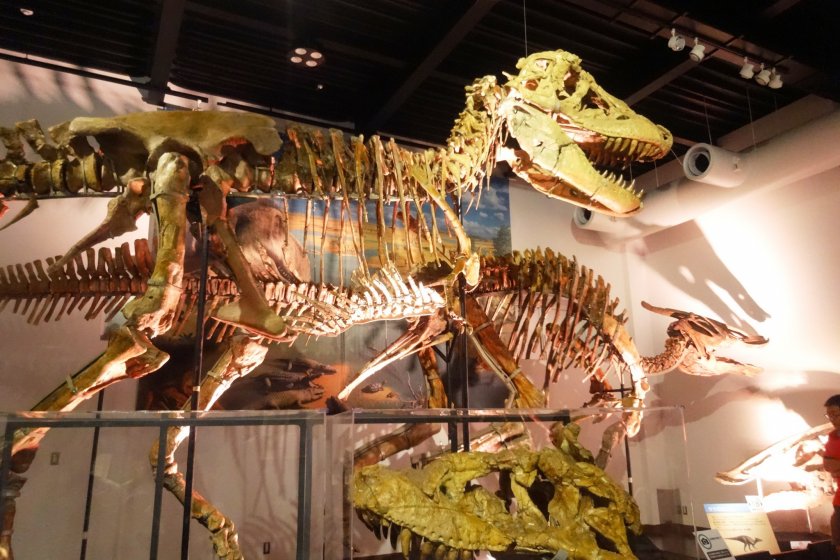 Kumamoto's connection to the Cretaceous Period

A T-Rex fossil at the Mifune Dinosaur Museum

The rural Kumamoto town of Mifune might be "off the beaten track" these days but back in the Cretaceous Period, it was a hotbed of activity. In the 1900s, fossil hunters began unearthing the evidence of Mifune's ancient dinosaur residents and as the bones poured in, the Mifune Dinosaur Museum was born.

The museum occupies a sizable building in the middle of Mifune Town, easily identified by the large Tyrannosaurus Rex statue outside. Remnants of one of the world's largest carnivores are just one of the many finds you can see in the museum's exhibits. Both plaster cast and original fossils are on display, including the original skull of an herbivore known as a hadrosaurid that dates back 85 million years and is one of Japan's oldest fossils. In the museum's permanent exhibition space, you'll also find full scale models displayed next to pieced-together fossils, giving you an excellent look at what these creatures looked like in life.

Half of the museum is given over to special exhibit space and is currently occupied by a collection of fossils from recent digs in the deserts of Mongolia. (This exhibit will be open until the end of September.) Aside from one glass case, all of the bones in the display are originals and the age of them is astounding.

Upstairs, visitors are invited to watch museum staff and archeologists chipping away at plaster casts of recently acquired fossils ... and then of course, there is the obligatory gift shop with T-Rex playing cards and stegosaurus keychains.

The one major drawback to the Mifune Dinosaur Museum is the lack of English information. Only a few headings of the major exhibits have wording in English and no English pamphlet is available. A few of the staff can answer basic questions regarding the museum but for detailed inquiries, try to go with a Japanese speaker.

For those traveling with children, a short walk away is the Mifune Dinosaur Park. Here, kids can explore the dinosaur-themed playground (slides and climbing challenges make up the bulk of the dinosaur's "body") and, in the hot summer months, wade up to their knees in the nearby stream. There is plenty of green space for a game of soccer or a picnic. Free parking for both the museum and the park is located between the two spots. 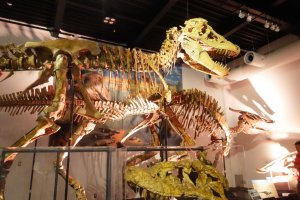 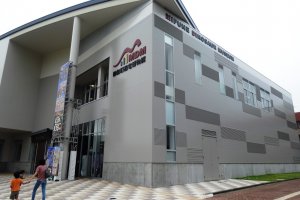 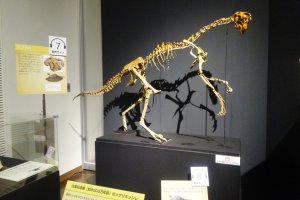