A taste of the Edo Period in Kumamoto

In the Edo Period (1603-1868), a bustling town sprawled at the foot of Kumamoto’s formidable castle. Today, that town looks quite a bit different, but you can still find a taste of the old days at Sakura-no-baba Josaien, an Edo-themed complex just down the hill from Kumamoto Castle.

The idea behind Sakura-no-baba Josaien may sound a bit kitschy but this is a great stop for tourists to Kumamoto. One of Kumamoto City’s helpful information offices has a branch here and there are numerous restaurants offering everything from Chinese noodle soups to more traditional teshoku (set meals).

Every visitor’s first stop, however, should be the Wakuwaku-Za, an interactive history display on the complex’s west side. Despite the rather odd name (wakuwaku in Japanese means exciting), Wakuwaku-Za provides a great introduction to life in a castle town. The bottom floor boasts a number of video displays, most of which relate the story of Kato Kiyomasa and the Hosokawa family. Kato received the northern half of Higo Province (present day Kumamoto Prefecture) in the late 1500s for his service to warlord Toyotomi Hideyoshi; his property was later expanded as a reward for his loyalty to shogun Tokugawa Ieyasu. By the end of the 17th century, however, rule of Kumamoto had passed to the Hosokawa family. Unlike some power transitions, the passing of this standard was a relatively peaceful one. The Hosokawa Clan actually merged their family crest with the Kato family emblem, symbolizing their commitment to respecting Kato’s vision for the province.

While most of the displays on the ground floor deal with the Edo Period, a few cover the Satsuma Rebellion, a Meiji-era revolt in which Kumamoto Castle played a pivotal role. Renegade samurai under the leadership of former Imperial supporter Takamori Saigo besieged the castle in the winter of 1877. The castle garrison resisted and stood its ground and Takamori’s army eventually retreated two months later.

Upstairs, enthusiastic staff members put on quasi-historical performances incorporating, among other things, ninja and samurai. There’s an accompanying English explanation that scrolls across a screen by the stage or visitors can sit next to special foreign language “podiums” and receive piped-in translations in one of four languages.

Don’t leave the complex without first taking a wander through the shopping “district”. What you’ll find here is more than just typical tourist trinkets – expect local products like Kumamoto’s lotus root stuffed with spicy mustard and satellite stores for independent wineries in the prefecture. There are plenty of options to find the perfect gift for colleagues or family back home. 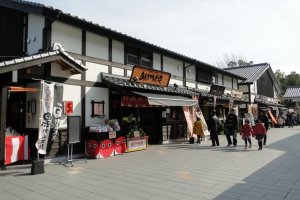 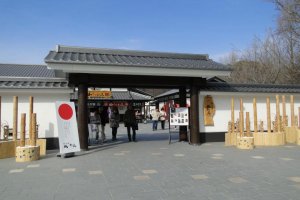 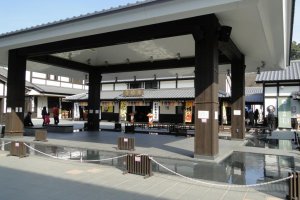 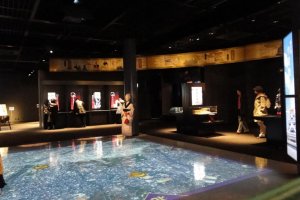 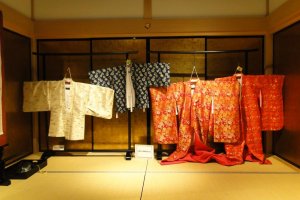 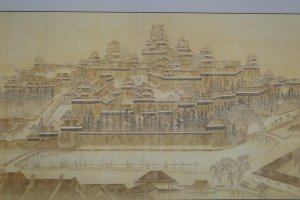