A special event at the Kyoto City Kyocera Museum

A special exhibition taking place at the Kyoto City Kyocera Museum celebrates the 25th anniversary of Rurouni Kenshin, a Japanese manga series which was written and illustrated by Nobohiro Watsuki. The large scale event will showcase approximately 200 works related to the series, including the likes of handwritten manuscripts and original color drawings.

Admission to the exhibition is priced at 1,600 yen for adults, 1,000 yen for junior high/high school aged students, and 600 yen for elementary aged students. Advance reservations are required, and they can be organized via the official website here.

The Kyoto City Kyocera Museum is located approximately 8 minutes on foot from Higashiyama Station, which is served by the Tozai Subway Line.

For those who plan to drive to the museum, it is located around 7 kilometers from the Meishin Expressway's Kyoto Higashi IC exit. There are paid parking lots nearby to the museum, but taking public transportation is recommended. 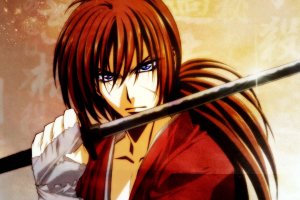