An attractive temple and garden in western Kyoto 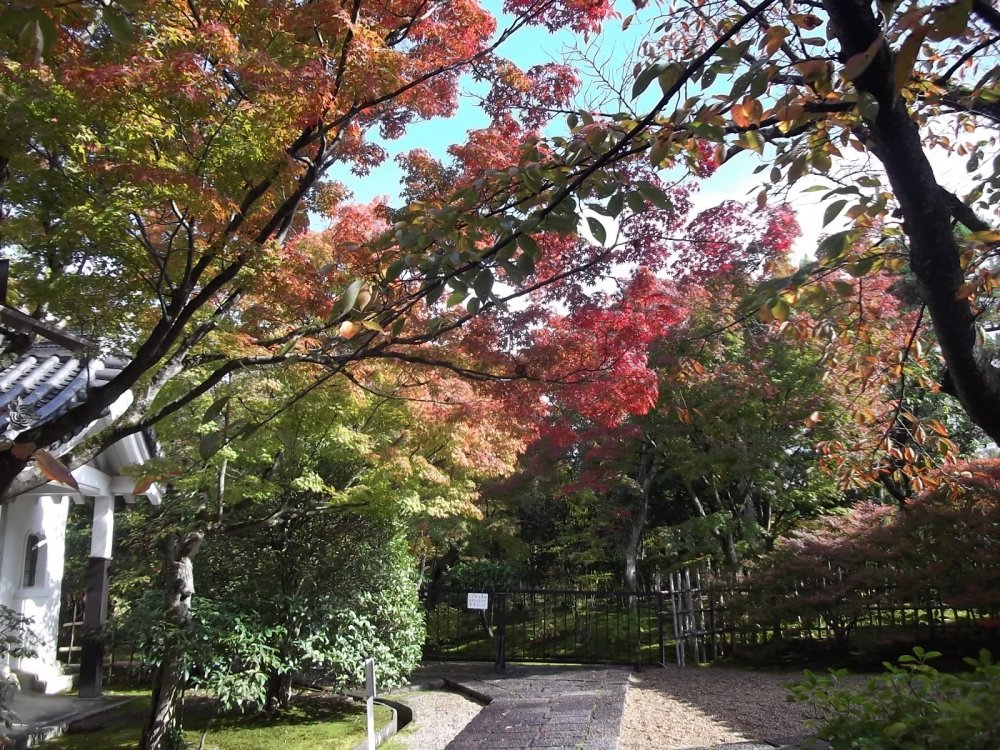 Near the entrance to the temple 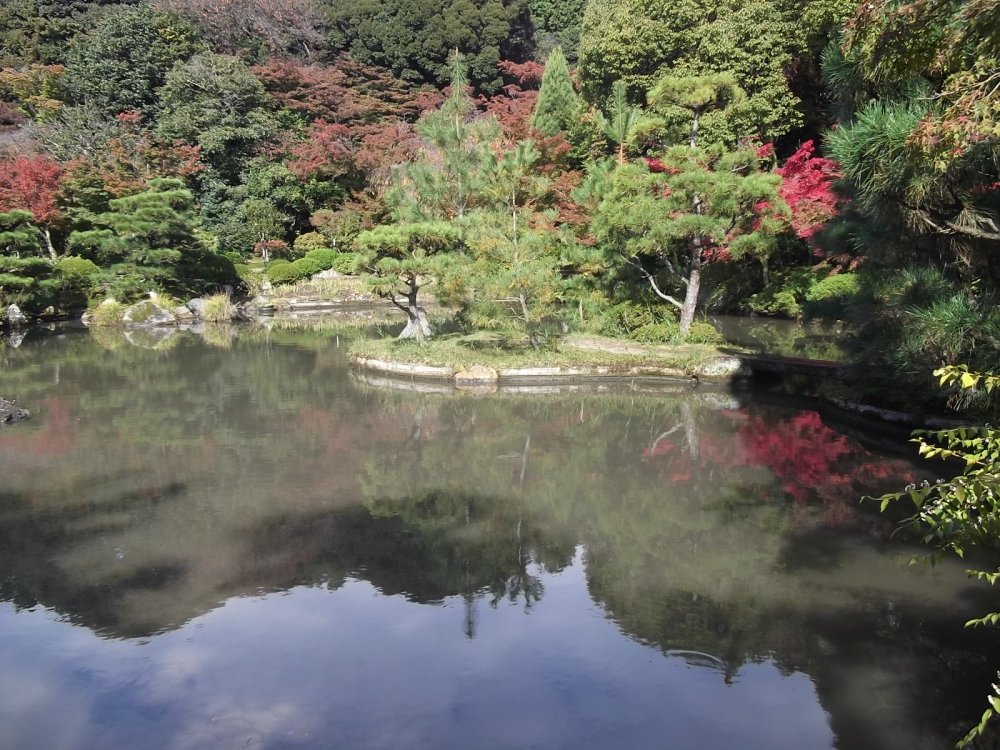 So much greenery around the pond 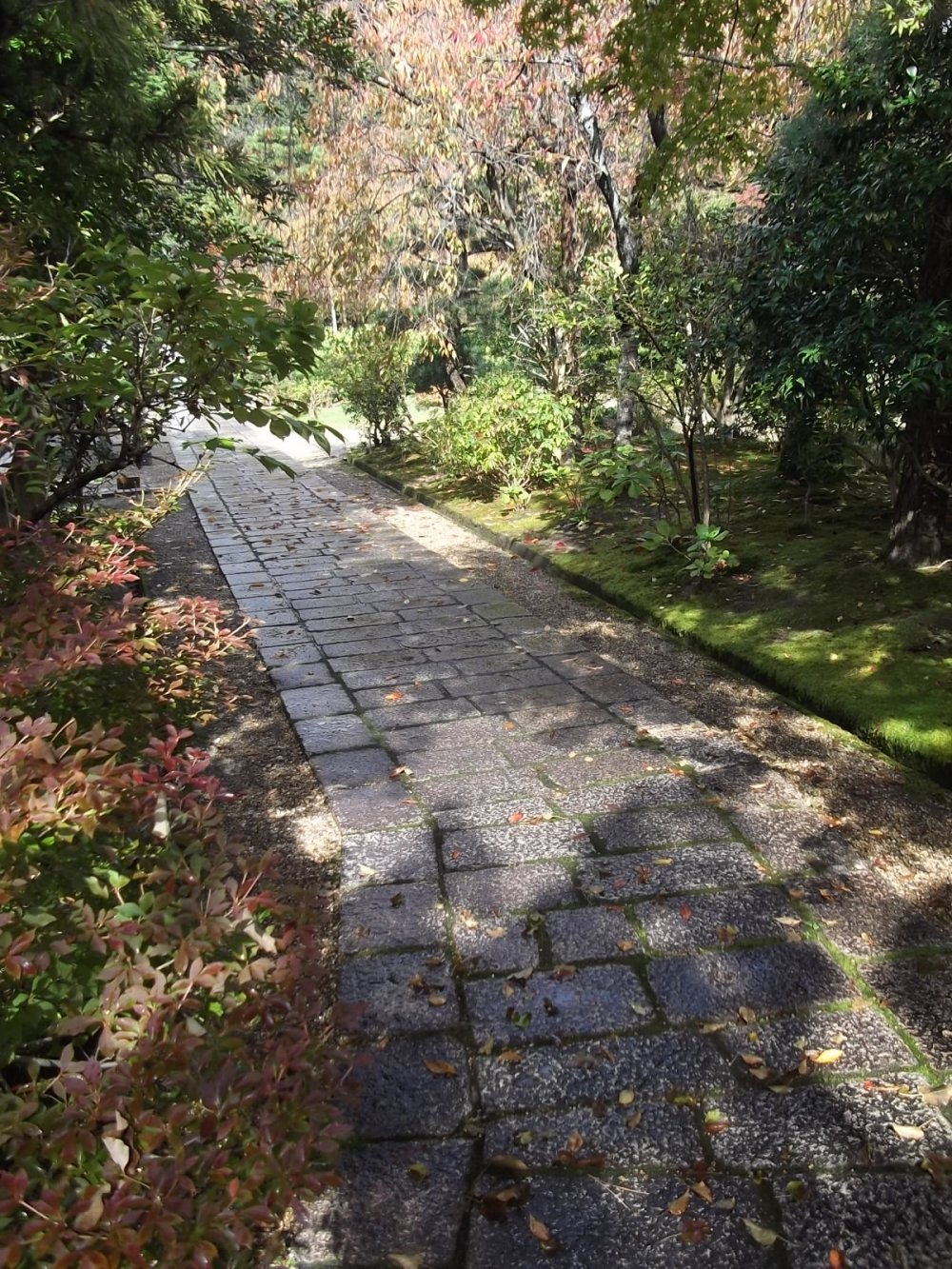 A path in the grounds 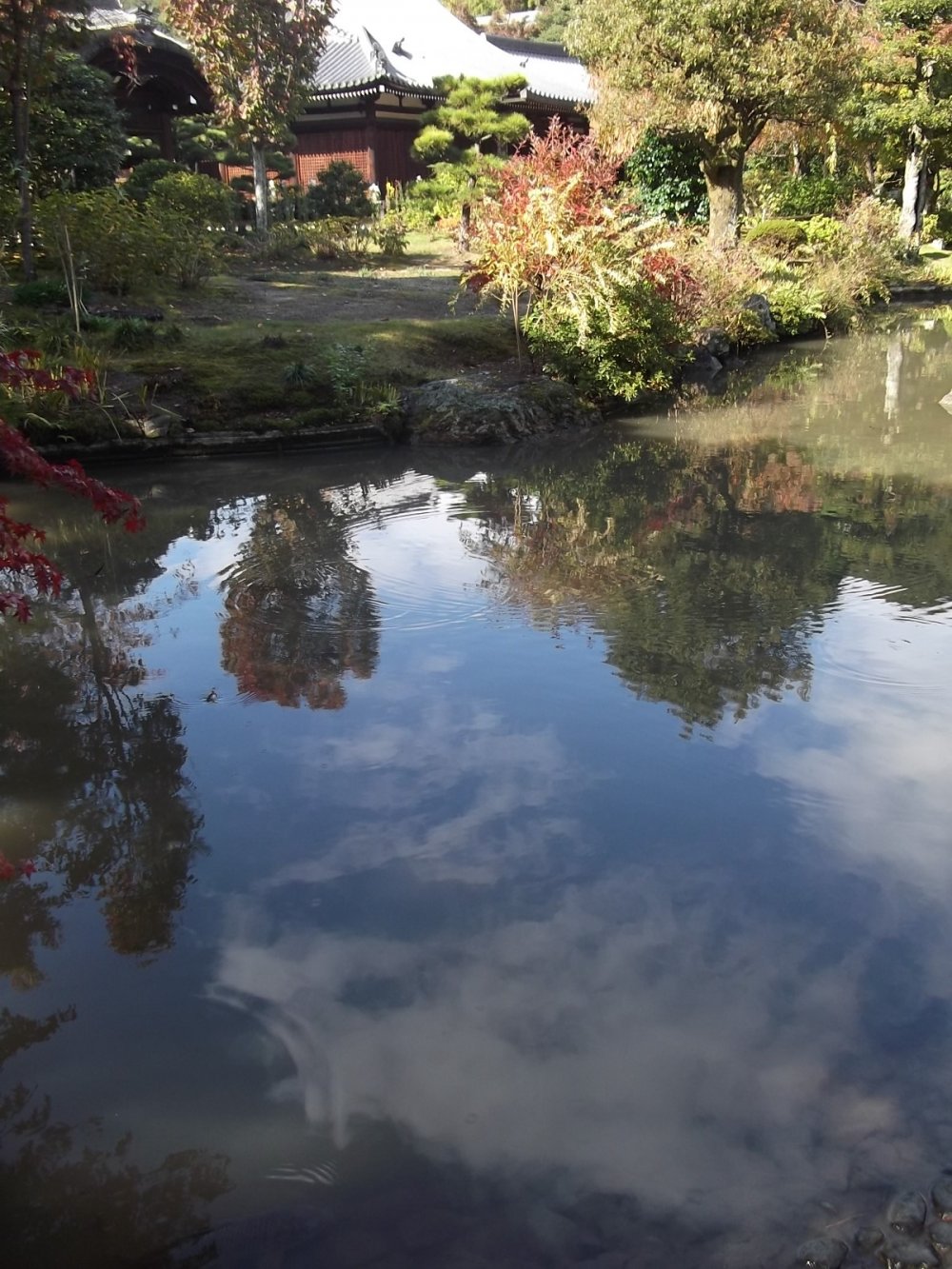 Reflections in the pond 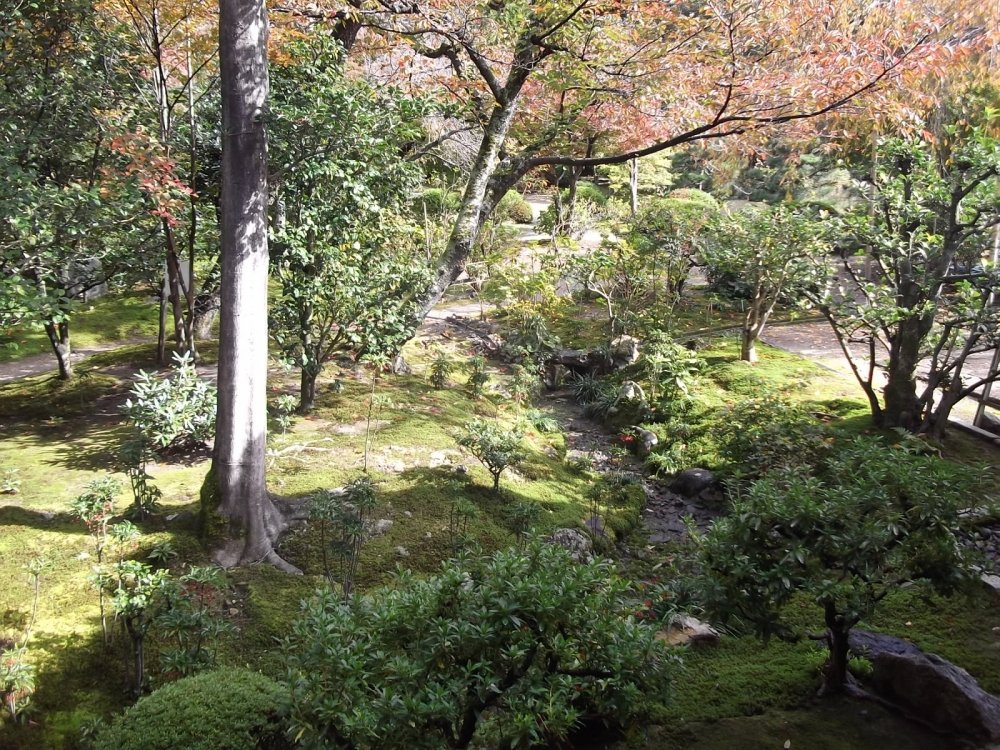 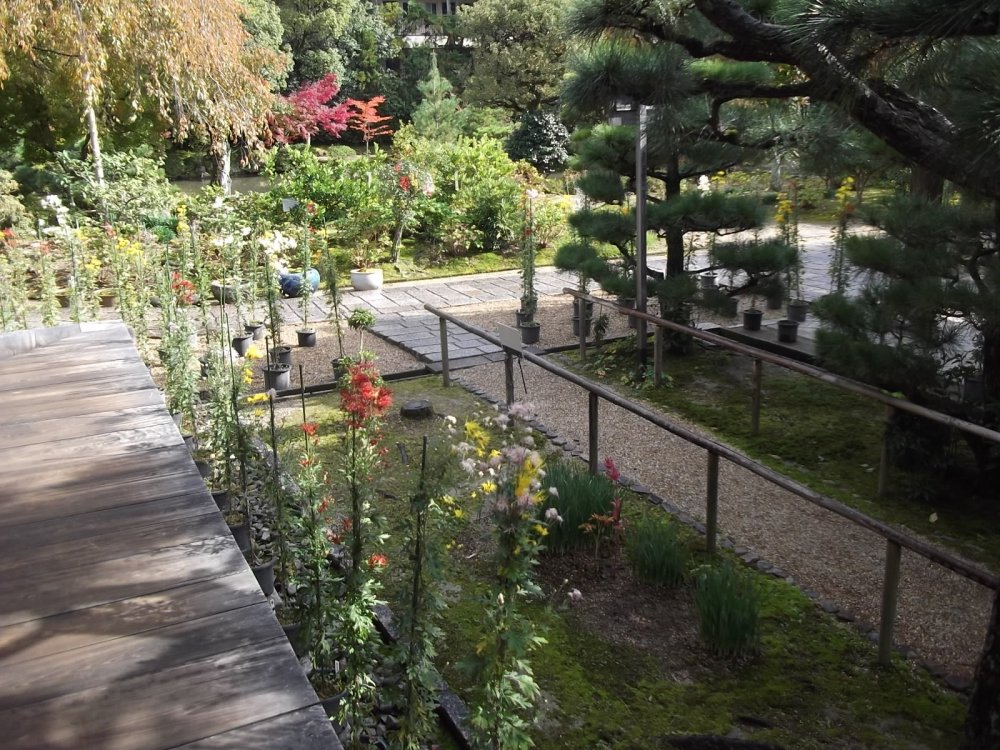 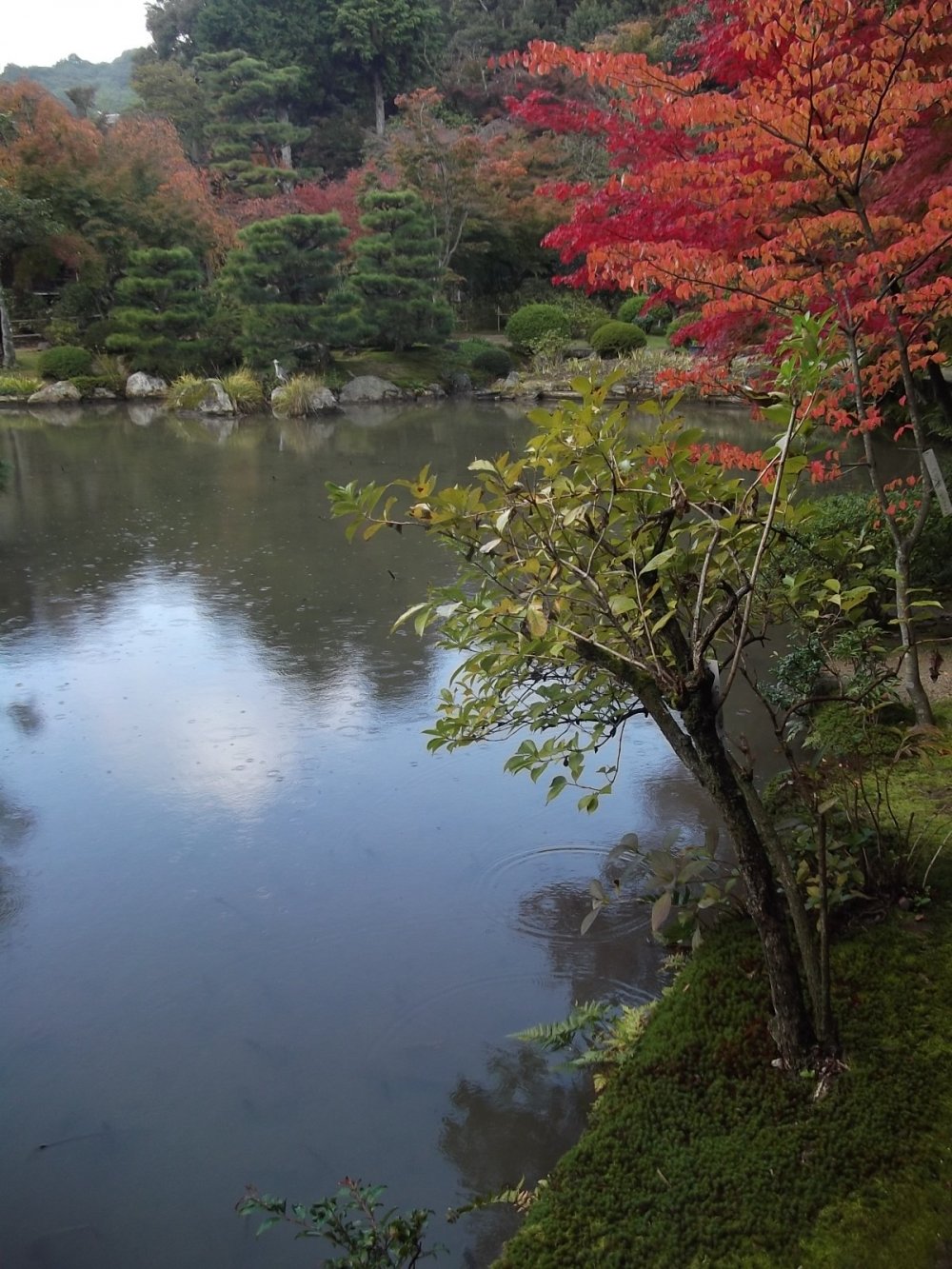 There's a path round the pond 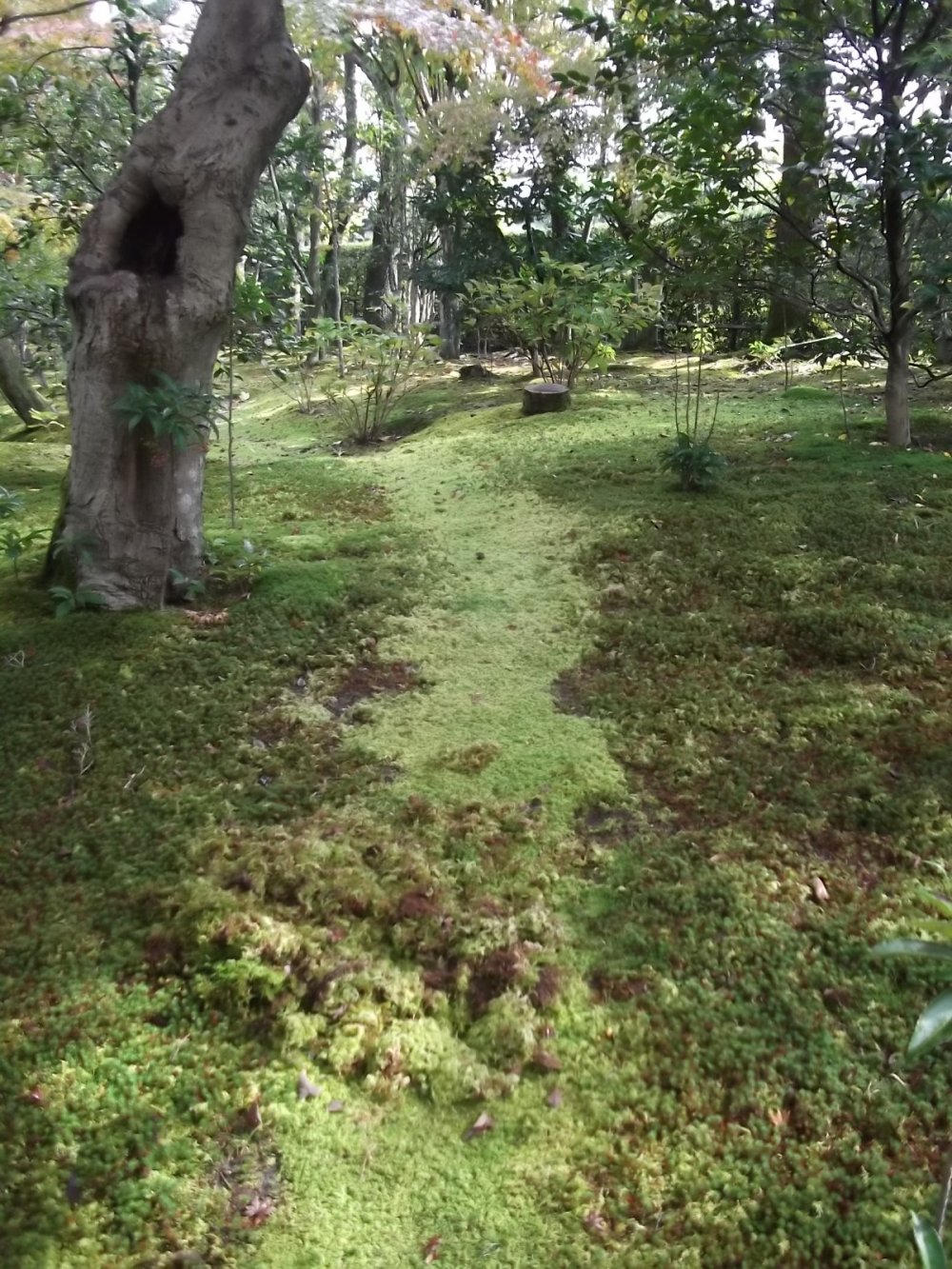 Part of the moss garden 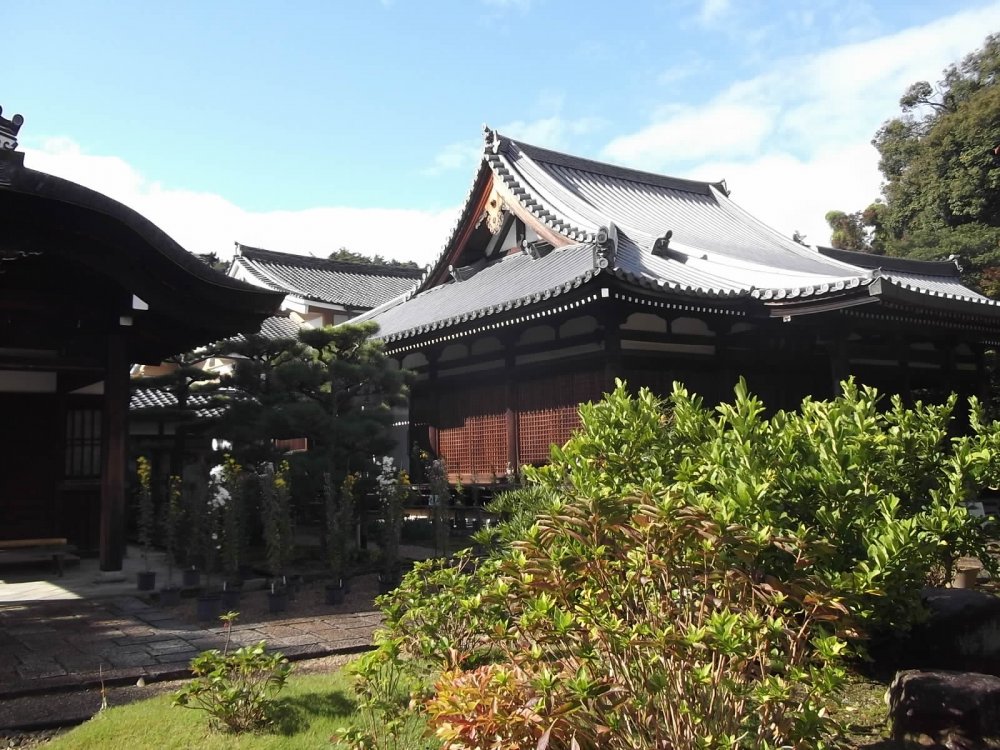 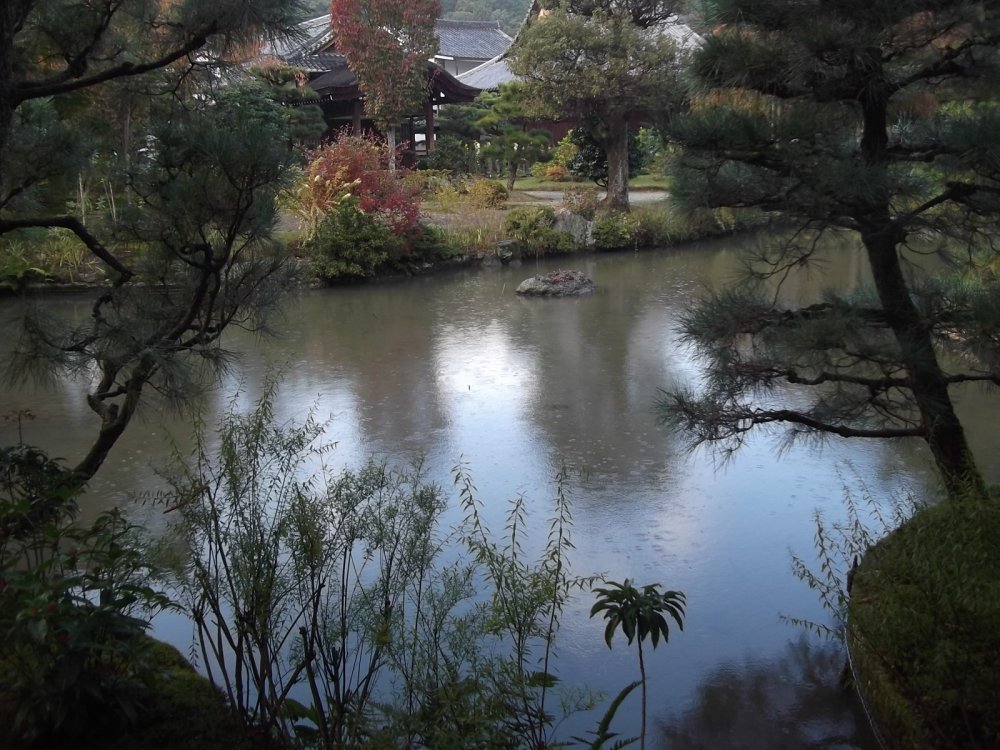 A view across the pond 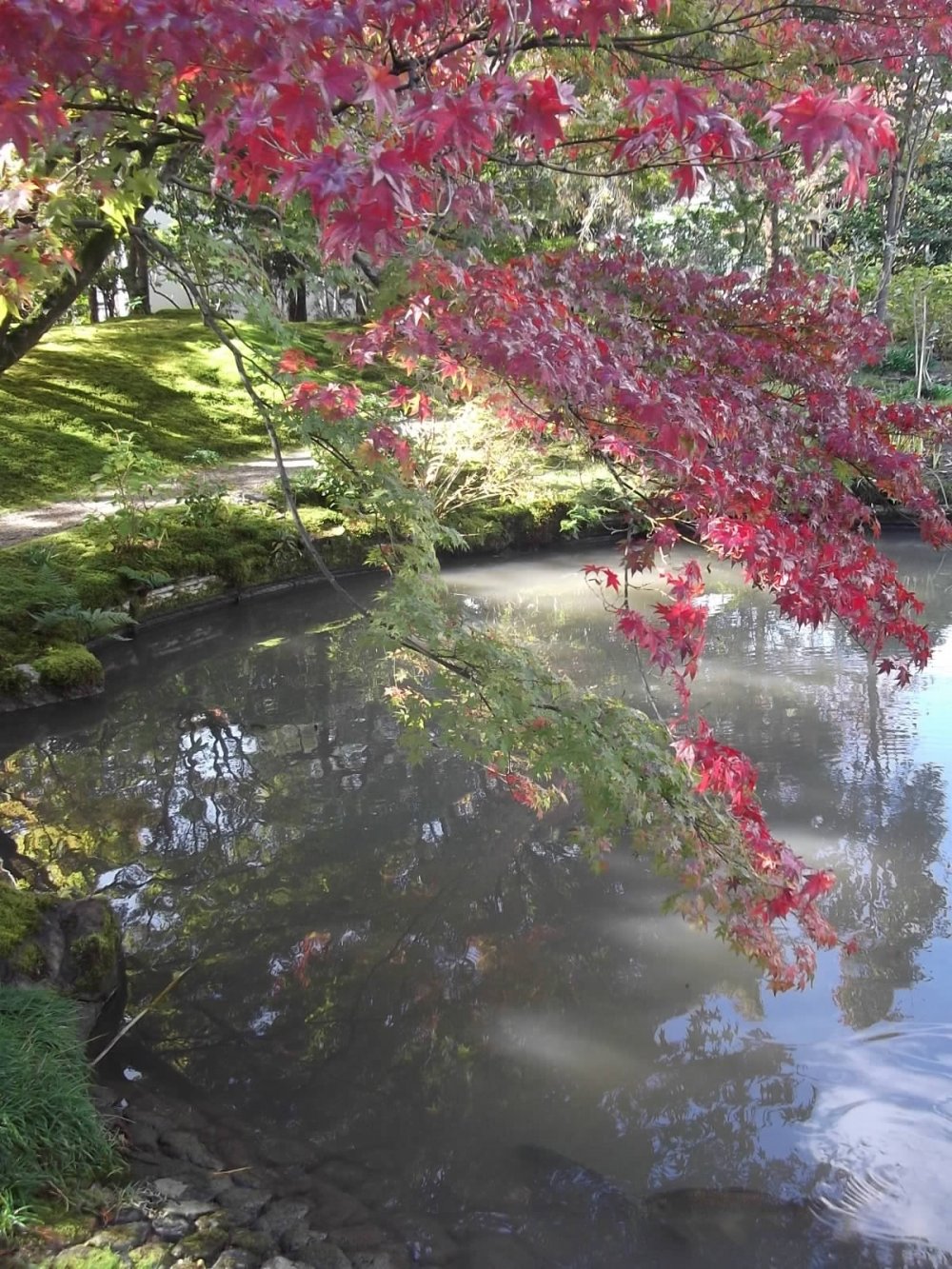 In autumn the mix of red and green is striking 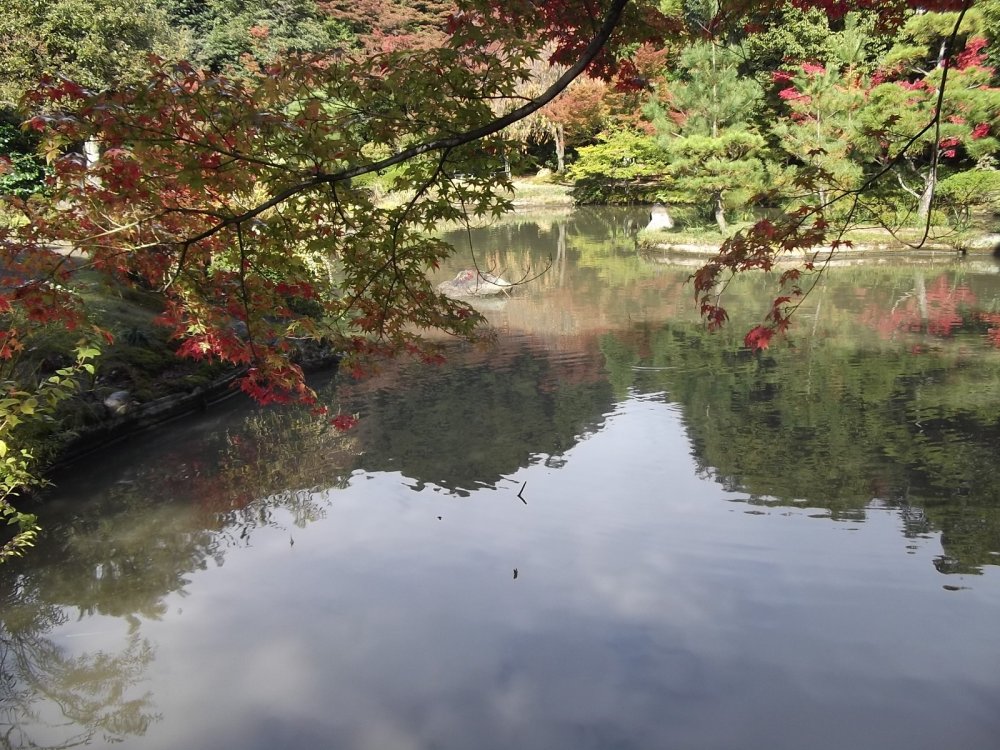 These maples were just changing into their autumn colours 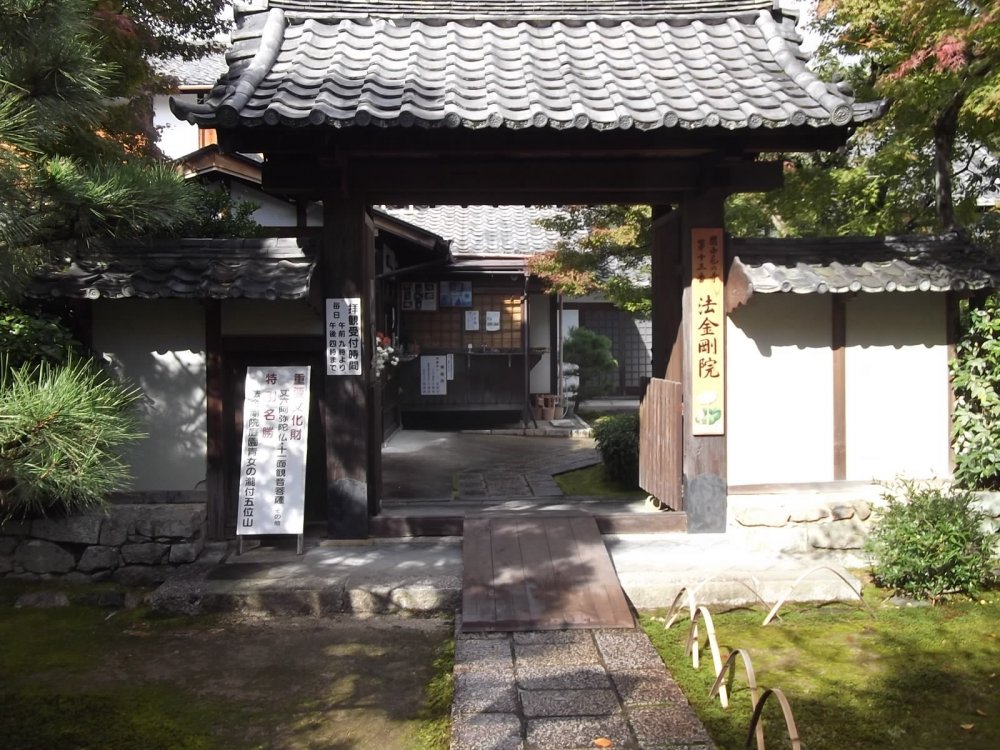 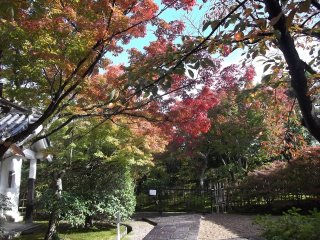 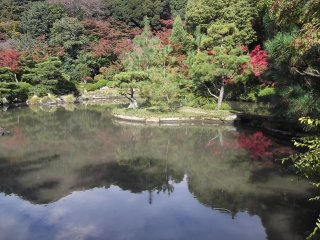 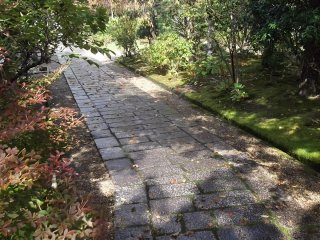 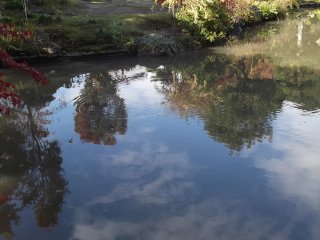 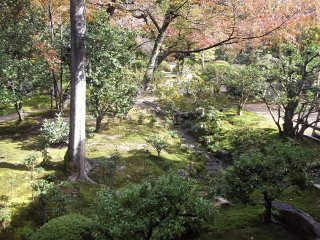 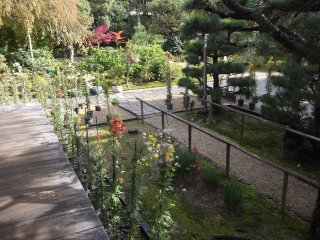 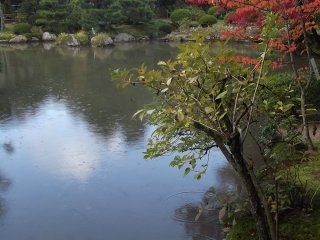 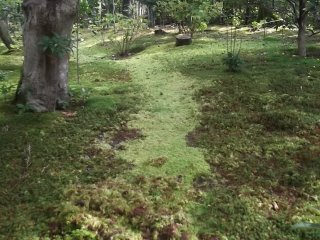 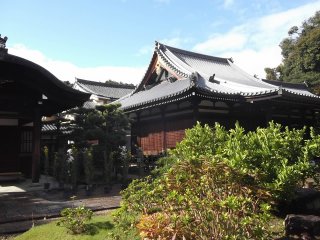 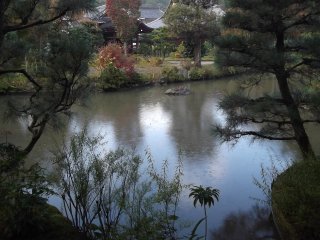 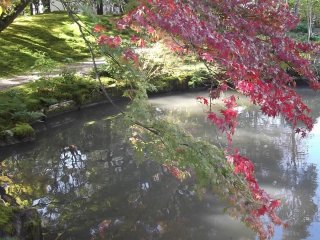 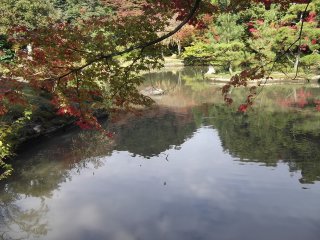 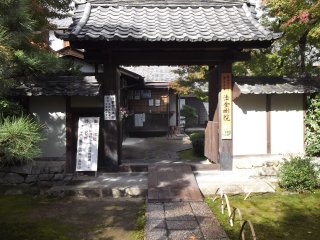 Half-way between central Kyoto and Arashiyama, Hokongo-in is an attractive Buddhist temple, just around the corner from the Myoshin-ji complex. Founded in the 9th century, its name means 'Temple of the Diamond Law', and it displays natural beauty in every season.

Much of the precinct is taken up by a tranquil garden, built around a large pond that reflects the trees and greenery around it. I visited in early autumn, when the maple trees were just starting to take on their seasonal hues of red and orange. Much of the garden is allowed to grow over with ancient mosses, and I also saw a display of seasonal flowers.

As well as taking a stroll around the garden, you can enjoy (but not photograph) the temple's collection of impressive Buddhist statues. They include a very serene, sixteen-foot high figure of the Amida Buddha, that dates back all the way to 1150. There's also an immaculately preserved eight hundred-year-old statue of an eleven-headed Kannon, displayed in a shrine that features lively, colourful paintings.