The Age of Seiho

A special exhibition at the Fukuda Art Museum

A special exhibition taking place at Kyoto's Fukuda Art Museum looks at the works of Takeuchi Seiho (1864-1942), a Japanese painter who was one of the founders of the nihonga genre of art.

The event will showcase a range of Seiho's popular animal and landscape-based works, along with pieces from his teacher Kono Bairei (1844-1895) and several of his peers which were also regarded for their nihonga-style pieces. A full list of the items which will be exhibited at the event can be found in English here.

Adult admission to the event is priced at 1300 yen, and no advance reservations are required. 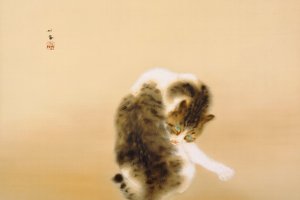 The Age of Seiho