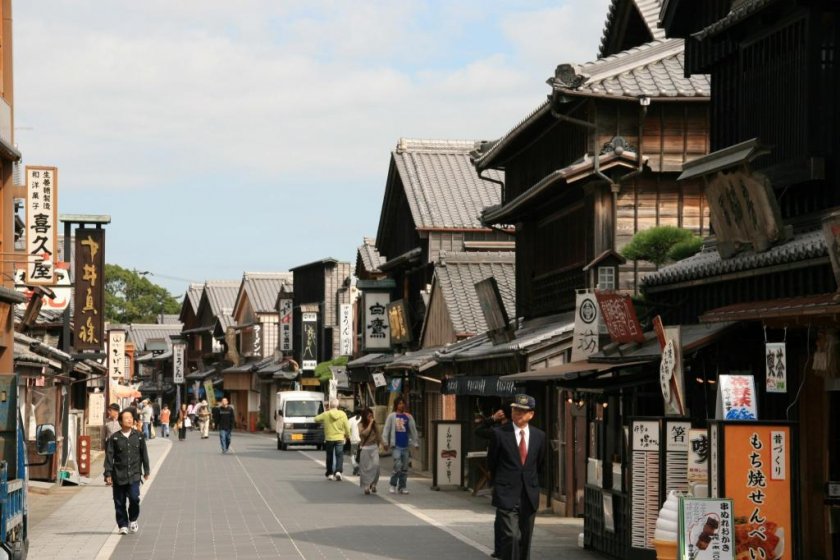 Traditional sweets in a 19th-centruy setting

Akafuku is the name of both a 300 year old company situated alongside the entranceway to the Great Shrine of Ise’s venerated Naiku Inner Shrine, and the name of the traditional sweet it produces. Pilgrims and visitors to the shrine would inevitably purchase a box or two of the sweet bean paste and pounded rice treats to enjoy either on the premises with a cup of hot tea, or for snacking on during the trip home, as well as for souvenirs for the folks back home.

Surrounding the ancient Akafuku store, is a small village called Okage Yokocho, filled with quaint traditional houses, shops and street-side stalls that take the visitor back to the 19th Century and beyond. This is the “Japan” that foreign tourists and indeed, Japanese people too look forward to seeing! Although the village provides the nostalgic image of a Japan of the past, the history is quite short. Some of the shops and structures are rebuilt, others relocated or have been made from scratch.

In fact, the Okage Yokocho village was actually created in 1993 by local confectionary makers, Akafuku in an effort to revitalize the local area and to show it’s appreciation for 300 years of successful business alongside Ise Shrine. The company apparently poured the equivalent of a year’s worth of sales into the nine square kilometer project which took seven years to complete.

Over 50 specialist shops and restaurants have been set up to cater to the tourist trade, selling local delicacies, including the famed Akafuku and Mitarashi Dango sweets and local dishes such as Ise Udon Noodles and Matsusaka beef steaks. Along the road are many small open fronted shops grilling sea-foods too, such as fish, sea urchins, shellfish, as well as traditional hand made accessories and toys, handcrafts, textiles and goods.

In the centre of the “village” is a drum tower, where energetic Taiko Drum performances are staged every Friday, Saturday, Sunday and public holidays. The centrally located Okage–Za Museum traces the areas rich history and lifestyles of the locals, and is the only part of the village, bar shopping and restaurants, that requires money. (300 Yen for adults, 100 Yen for children)

Thanks to Akafuku, over three million people now visit the Okage Yokocho area every year. It has revitalized local industry and commerce, provided entertainment, excitement and some great photo opportunities for multitudes of tourists, and it hasn’t hurt the sales of Akafuku either!

Find out more about Oharaimachi. 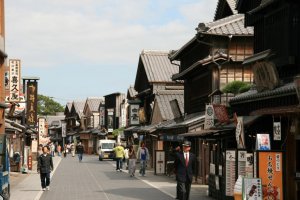 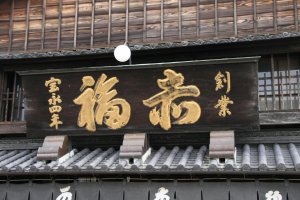 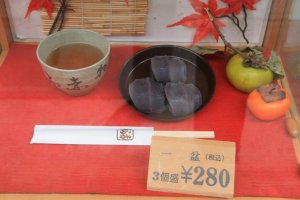 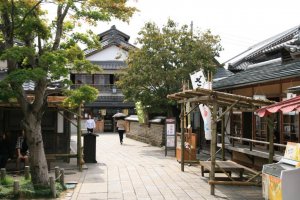 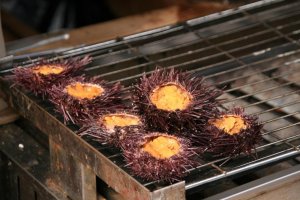 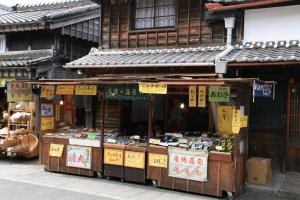