Huffing and Puffing Up Mt Asama

Encouraged by the description of the hike to Mount Asama as “light”, “pleasant’’, and for “inexperienced hikers”, off I charged.

However, the mountain had other ideas.

Starting at the trail-head, it makes no bones about what’s in store for you. A very steep gradient of striated rock has been hewn off to make rough, uneven, steps. In between is slippery, loose rock rubble. Sometimes sharp, jagged. Chains on railings are thoughtfully provided to haul you up. The trail could also be tricky with thick tree roots twisted about on the ground. This tells you already how “light” the trail is. I thought it would get better. It didn’t.

But the scenery, the feel of the forest so close to me, increasing in majesty, height, and density the higher I climbed, were of the highest order of gawk, gape, and gasp. Sometimes the forest intruded upon the rock trail and I was walking on the padded softness of leaves.

Ancient boulders and tiny statues, bibbed juzo, were camouflaged against the verdant growth. I passed a historic spot with the remnants of a discarded cable car station built in 1925. The war closed it down for good in 1944. There were interesting trees with strange shapes like sculptures. This made the huff and puff walk quite stimulating.

A few senior walkers using walking poles were bounding down as I trudged up. They encouraged me with "Ganbatte Kudasai!" "Good luck!" Or maybe, "Keep going!"

Twenty two stone markers guide you in the right direction. You only find them, though, when you are on the correct path. You won’t find them if you have gone astray. Of course as you tire, the distances between the markers appear longer. They also don't help when you come to a forked turning and are clueless about the right way. I just took the path leading upwards, but of course this was always steeper.

The approximately two kilometer trek to reach the 555 meter high summit was estimated as two hours. Keeping at a steady clip, I took about three grueling hours including breathers to reach it. My reward was to gaze at Ise Bay, named among Japan’s most scenic mountaintop views, among the 100 Landscapes of Japan. I enjoyed a wee sense of achievement at being atop the highest mountain in Ise Shima National Park.

I prayed my way downhill, what with being knackered, and all those forked paths and the steep slopes. Reaching the base, I met a girl walking her little pooch up. They had been twice already. I hated that dog.

I would return to Mt Asama, ganbatte and all that. I now know the challenges, so yes, it will be “light and pleasant.”

Get to Asama on the Kintetsu Toba Line from Iseshi Station, the station for Ise Jingu, Japan’s Number One Grand Shrine.

The one way ticket to Asama was Y220. Asama Station is automated.

Trains to and fro run at about half hour intervals.

Walk down the station stairs and you’ll see a signboard with a map in Japanese.

The way I actually went:

Walk into town keeping a sharp lookout for a small turning on your right. There will be two direction signs: one a red arrow pointing straight ahead, and the other made of faded wood with the arrow pointing right. Take the latter one.

The first stone marker has been placed not at that point, but on the side of the road where the red arrow marker is.

Ganbatte kaerimasu! Do your best!

After you descend back to earth, treat yourself to free flow soft ice cream at Washoku Sato. Take the road on the right of the station. .and walk straight ahead. Only Y321 tax included. 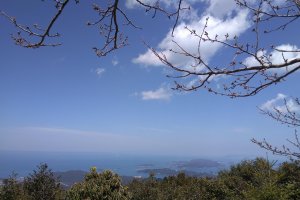 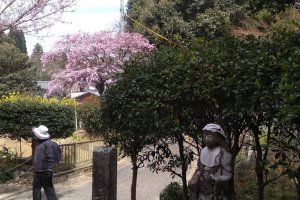 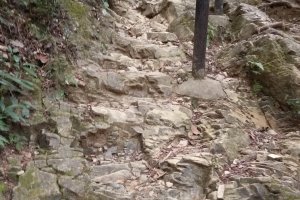 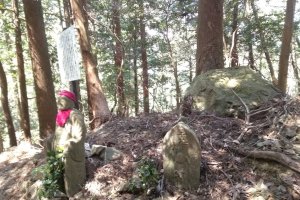 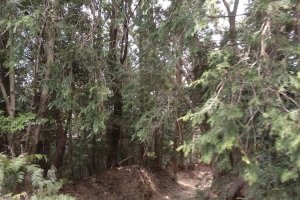 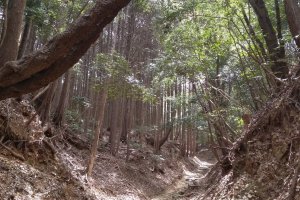 Sleiman Azizi 3 years ago
"I hated that dog." Brilliant, I tell you. Just brilliant!
Reply Show all 0 replies
1 comment in total