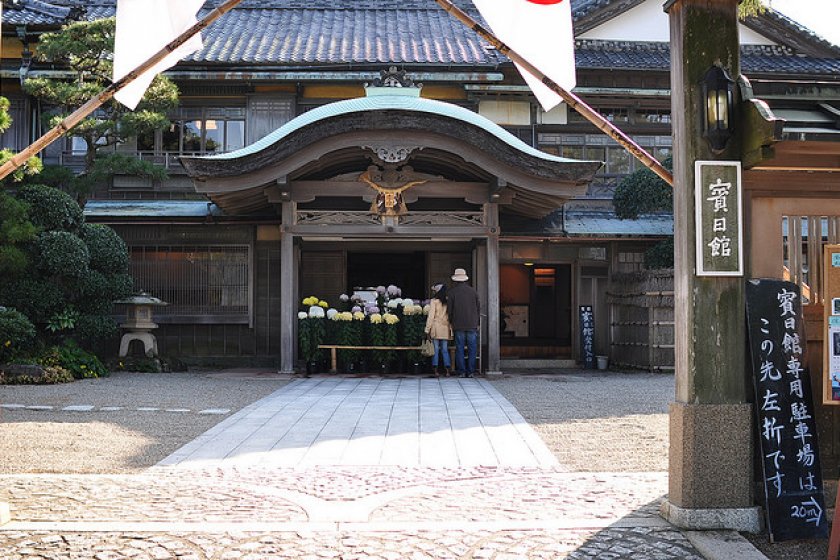 The former inn reserved for the rich and famous, Hinjitsukan (Photo: imgdive)

Nestled at the foot of lush forest covered mountains and facing the Futami Ga Ura beach, not far from Ise Jingu, the Great Shrine of Ise, is a majestic old building known as the Hinjitsukan. Looking something like a shrine, a temple and a small castle all rolled into one, the traditional Japanese structure was operated as an exclusive inn for royalty, the rich and honored guests of the Great Shrine from 1887 until it’s closure in 1999. At that time, there was talk of the historical building being demolished, however, the Inn has now been preserved as a museum for all to enjoy.

The main entry way was reserved solely for use by members of the Imperial Family, and so other guests regardless of their status or bank balance, would enter via a side entranceway. Inside, dimly lit, yet serene corridors wind their way to traditional tatami matted rooms and halls.

Only the most important VIP’s stayed in the elegant Goten, a palace like section and a favorite of the Emperor Taisho, (Ruled 1912-1926) who used the Hinjitsukan as a summer resort, spending his time relaxing, reading, visiting the local area, practicing the martial arts, and in particular, swimming in the cool clear waters of the nearby beach. In fact, the beach area was used by guests to wash and purify themselves before official visits to the Grand Shrine of Ise. A little further along the beach are the Shinto venerated Meoto Iwa, or Wedded Rocks, which are also a must see.

The old inn’s gardens too have been preserved. The graceful grounds have all the features of the finest Japanese gardens, stone lanterns, ponds, interesting rock and vegetation formations, and have been maintained by the most dedicated gardeners.

Japanese rooms are usually measured by the number of tatami mats. The average modern Japanese room is about six mats. The Hinjitsukan’s Grand Hall is a massive 120 tatami mat room! The arched grid like ceiling of the Grand Hall is also of note, being a fine example of the Shoin style of traditional Japanese architechture, most popular during the Momoyama Period (1573-1603).

The entire building was completed in 1887 for the princely sum of 5,000 yen, or the equivalent of about $50, however, in modern figures, that cost soars to a few million dollars. Designed and constructed by the most skillful carpenters of the time, and using only the finest materials, carefully selected by the best craftsmen, Hinjitsukan was, and still is a masterpiece of Japanese architecture. 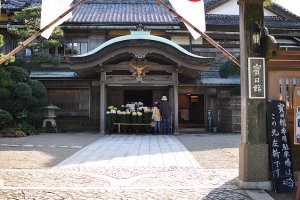 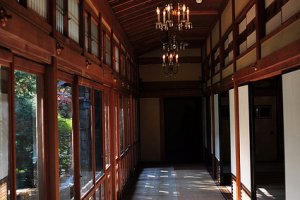 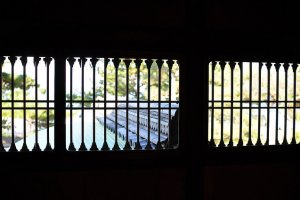