A special event at the Tohoku History Museum

An exhibition titled "Denmark Design" is taking place at the Tohoku History Museum until June 27th, and it showcases around 200 unique items from this region of the world. Porcelain pieces from Royal Copenhagen and furniture from the so-called "golden era" of Danish design (from the 1930's to the 1970's) are just a few examples of what will be displayed.

Much of the acclaim about Danish design comes from the fact that when many other European nations were modernizing their design industries, Denmark still placed an emphasis on handicrafts and individual, artisan production. The definition of quality over quantity!

Adult admission to the exhibition is priced at 1200 yen.

The Tohoku History Museum is located just a short walk from Kokufu-Tagajō Station, served by the Tōhoku Main Line.

Alternatively, for those who opt to drive the museum is around 5 minutes from the Tagajo IC on the Sanriku Expressway. Free on-site parking is available for approximately 200 vehicles. 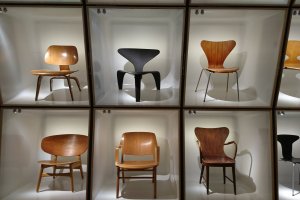