Sendai, capital of the entire northeastern Tohoku region, hosts one of its oldest grand celebrations at the Aoba Festival, held on the third Saturday and Sunday each year in May.

The Aoba Festival, originally called the Sendai Festival, started 350 years ago after the completion of the city's Toshogu Shrine by clan leader Date Tadamune, Like all Toshogu Shrines, they were built to honor the legendary leader that united the country: Tokugawa Ieyasu. Years later when Aoba Shrine was built to remember the founder of Sendai, Date Masamune, people slowly started to start call the celebration Aoba Festival. Today, you'll see the history, tradition, and a little magic by some colorful characters that make the festival the unforgettable experience that it is.

The Saturday festival activities, known as the Yoi-Matsuri, include Sparrow Dance competitions and performances all around downtown. This is considered a warm up to the main events the next day – called the Hon-Matsuri. Still, it is highly recommend to see these skillful performances both days because they deserve the spotlight. The "Suzume-Odori," as it is called in Japanese, was created by stone masons that built Aoba Castle just after the year 1600. The dance includes jumping and spinning while whirling fans ('feathers') around to the beat of drums, flutes, and cymbals. A flock of 2000 of these dancers show up to strut their stuff Saturday and Sunday, so you can't miss them even if you tried. Additionally, there will be some special performances and events which change annually and of course many stalls, games, etc. that are festival standards no matter where you go.

On Sunday, the samurai come out to play.

While the local tourism promoting Date Bushotai period actors duel rival warriors in the plaza across from Kotodai Park, a huge parade is making its way through the city. More sparrow dancers fill the ranks, but they are just the vanguard. Signaling their arrival with a thundering boom discharged from replica period muskets, samurai flood into the streets.

Marching with their armor reflecting the light that sneaks through the Jozenji Avenue zelkova leaves, these warriors are representations of the legions that once fought and protected the Sendai clan territory. Breaking their proud ranks are wheeled parade floats known as yamaboko. All are pulled by teams of citizens and each is a unique design. Often relating to Japanese mythology, don't be surprised to see occasional Buddhist or Shinto references. Companies sponsor some floats, while others will be ridden by special guests such as the mayor.

The Aoba Festival takes place in the most beautiful and accessible part of the city along the tree-lined streets downtown and at the event space at Kotodai Park. Spend both days taking in the sights, and in the downtime explore some of the nearby museums or numerous restaurants all within walking distance along the European inspired streets. 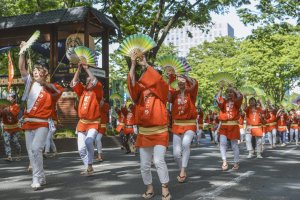 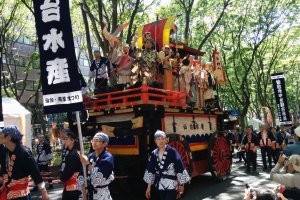 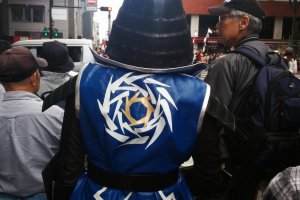 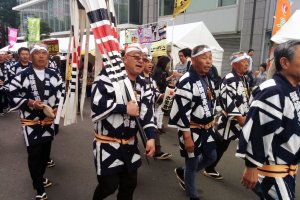 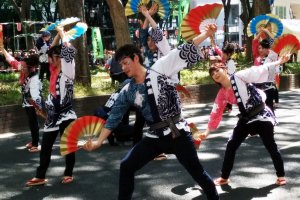 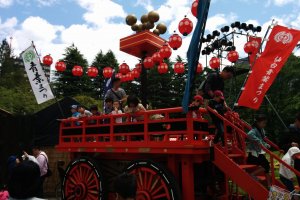 Third Saturday and Sunday of May.

Justin Velgus Author 9 months ago
Please do try! Let me know when you visit Sendai!
Reply

Elena Lisina 9 months ago
Yes, sure! :) I think of my next visit over and over again, but each time return to the plan to visit Sendai once more. I don't like crowds of tourists and don't like big cities. Sendai is just right for me. :)
Reply

Justin Velgus Author 3 years ago
This year I helped pull the float with the mayor! Thanks to everyone for cheering! That thing is heavy...
Reply Show all 0 replies
4 comments in total