An impressive Shinto shrine in the Nagano countryside 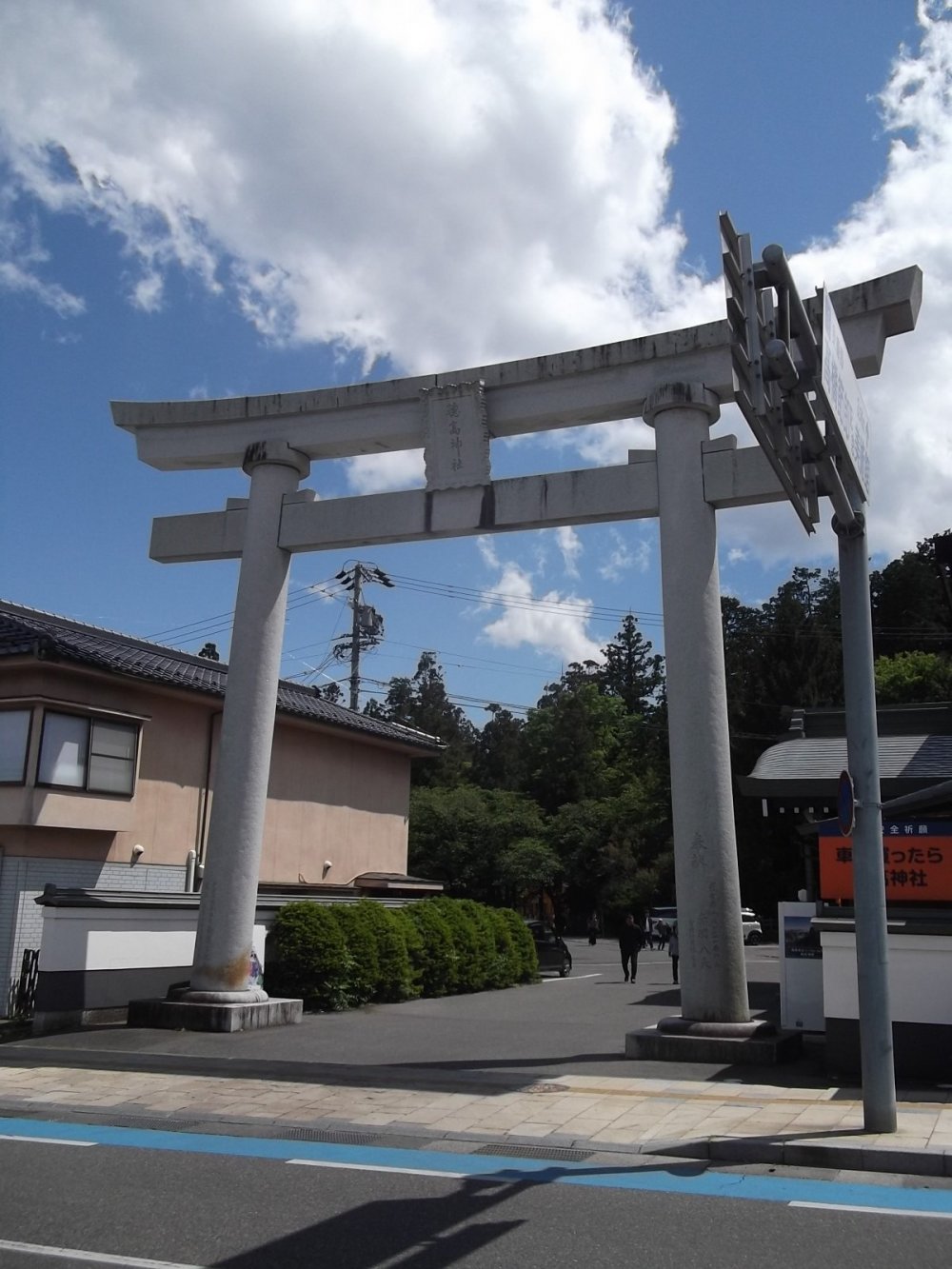 The main gate from the road 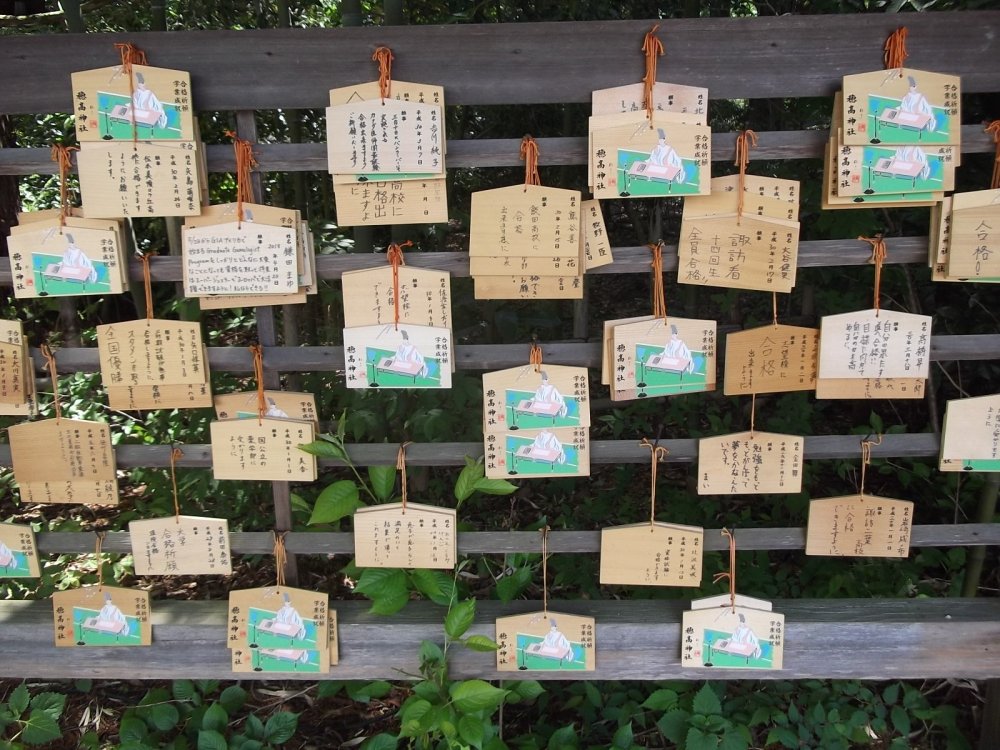 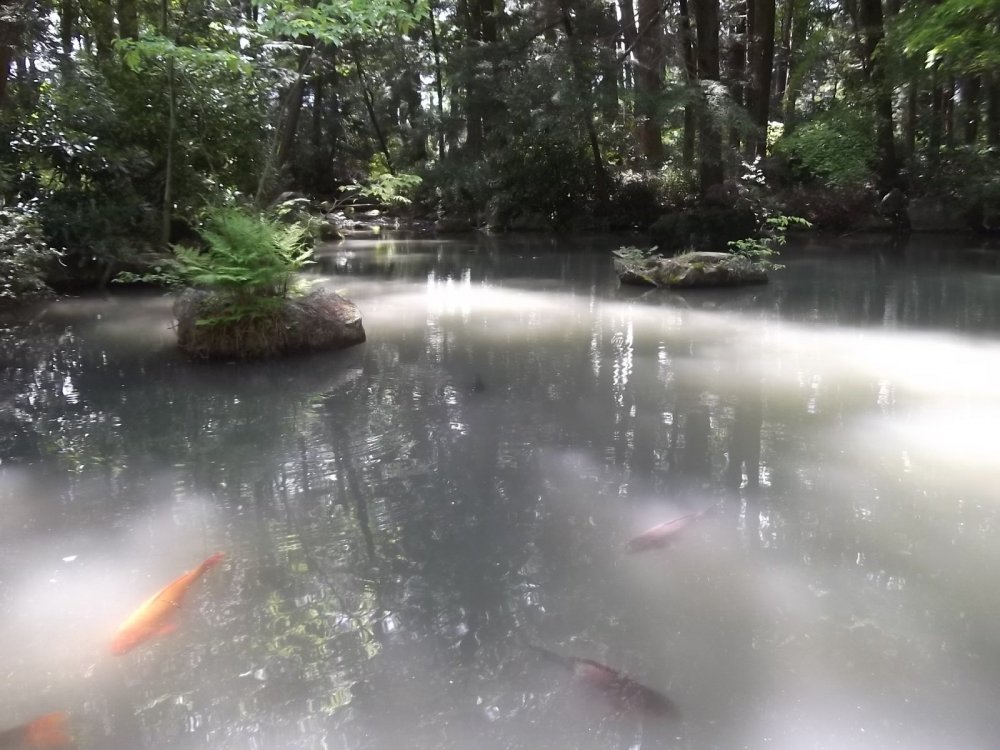 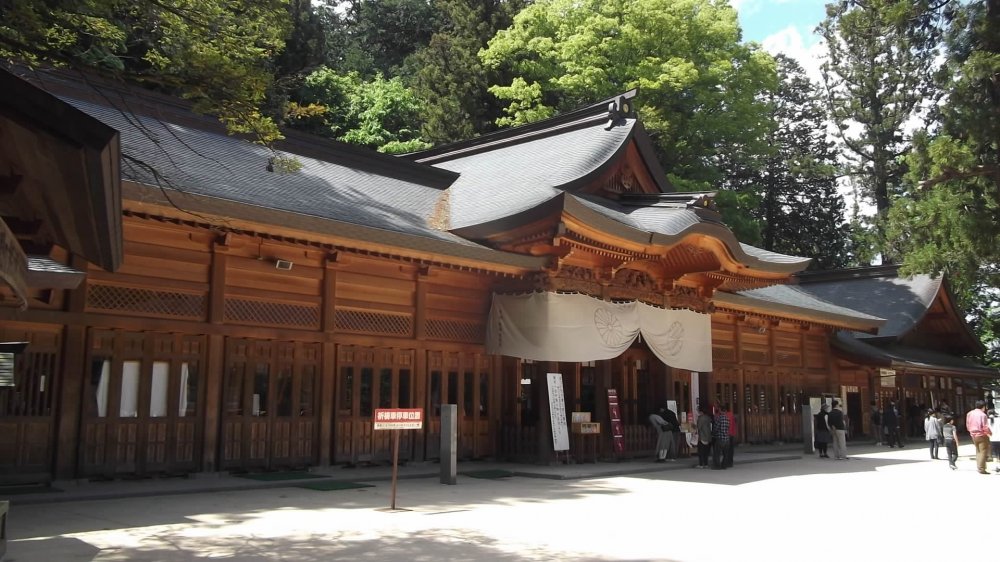 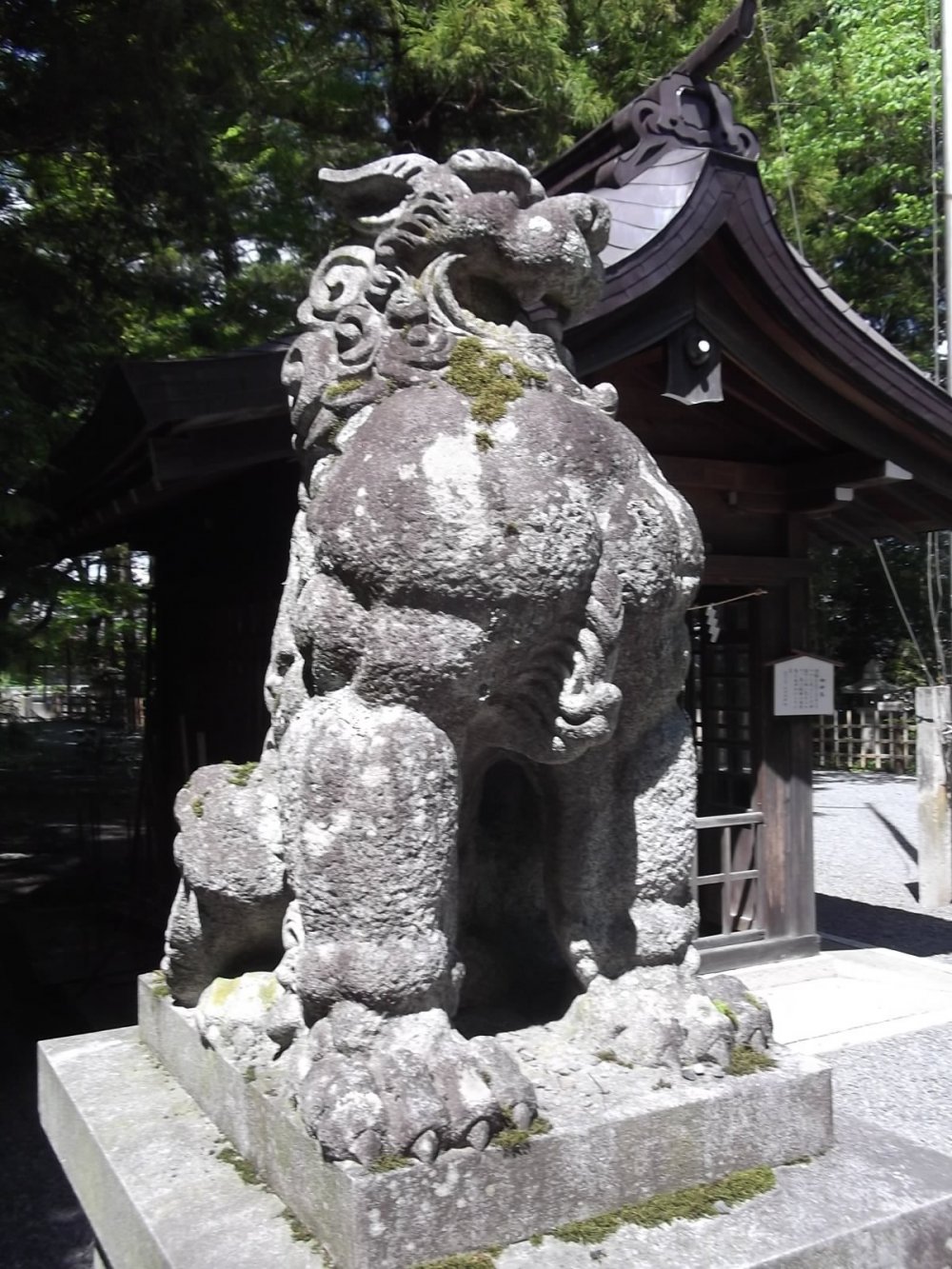 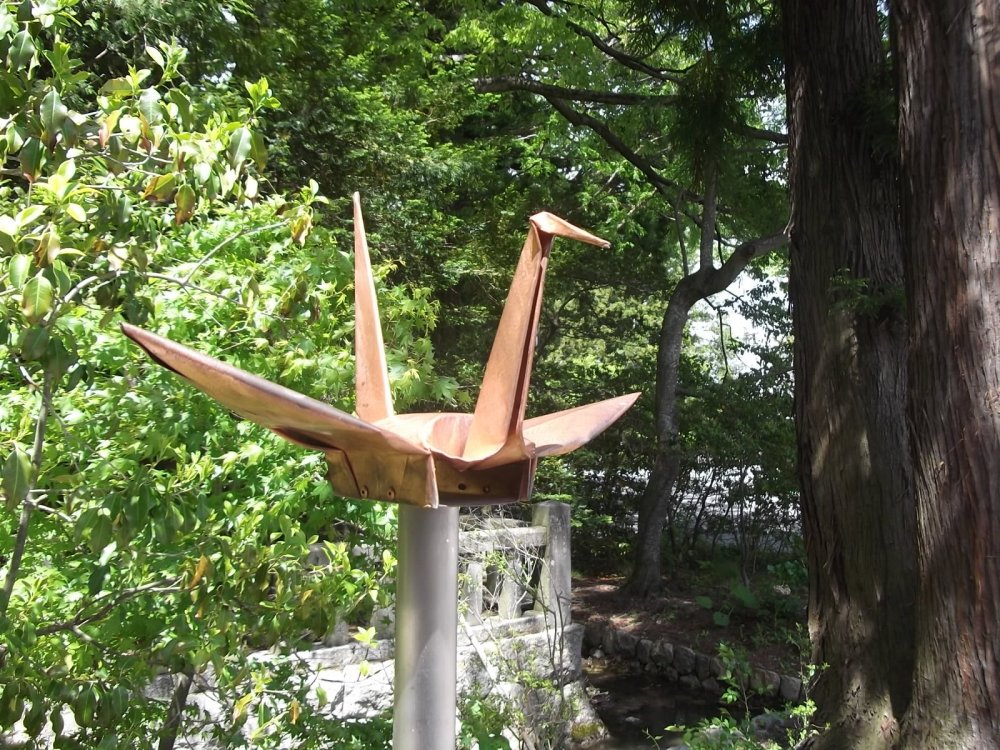 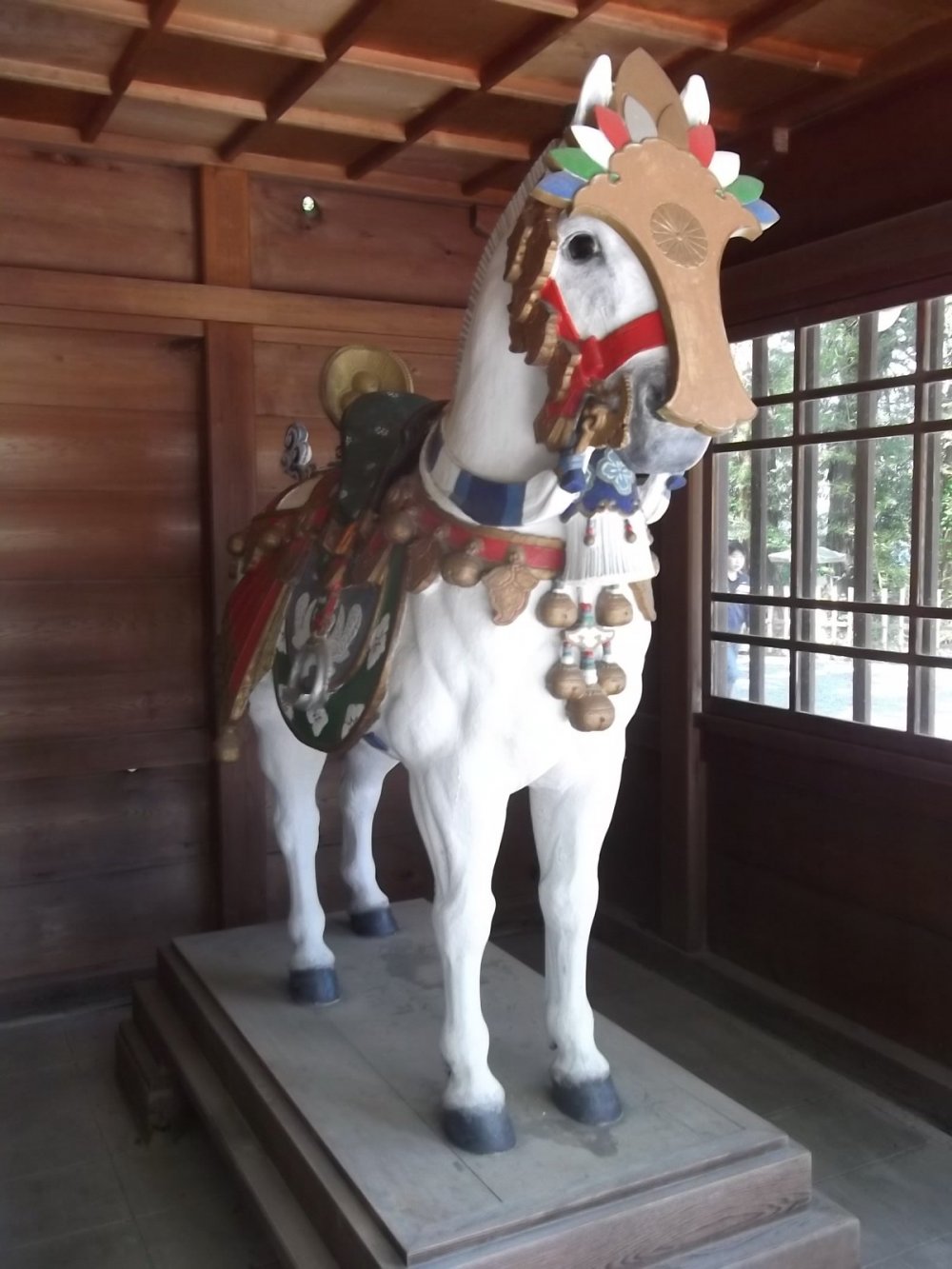 This horse sensibly stays under cover 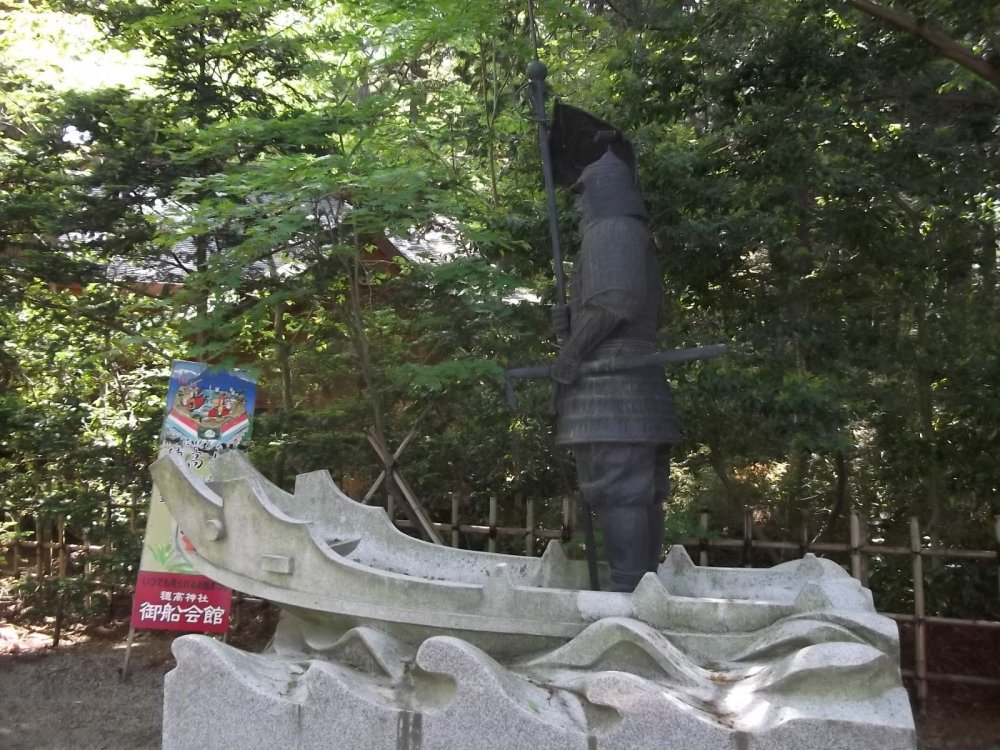 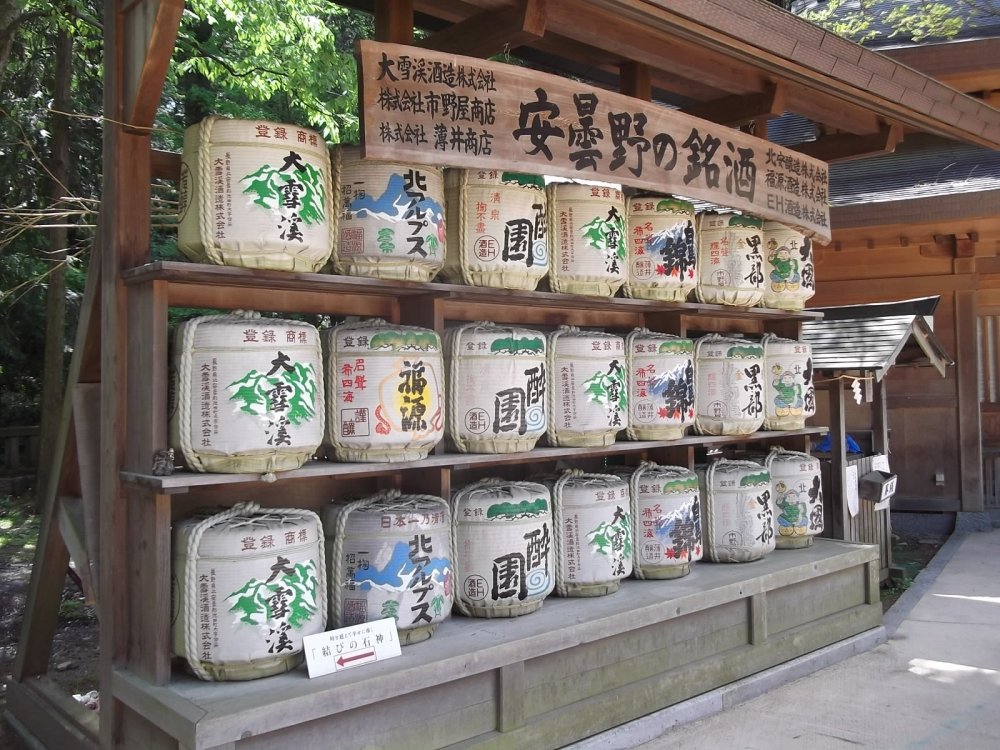 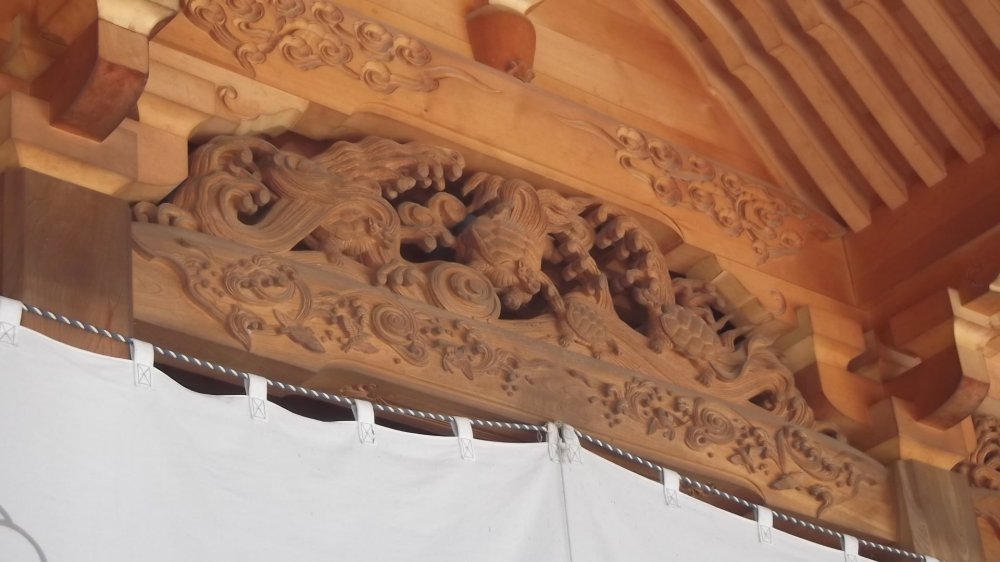 Turtles being washed around by the ocean 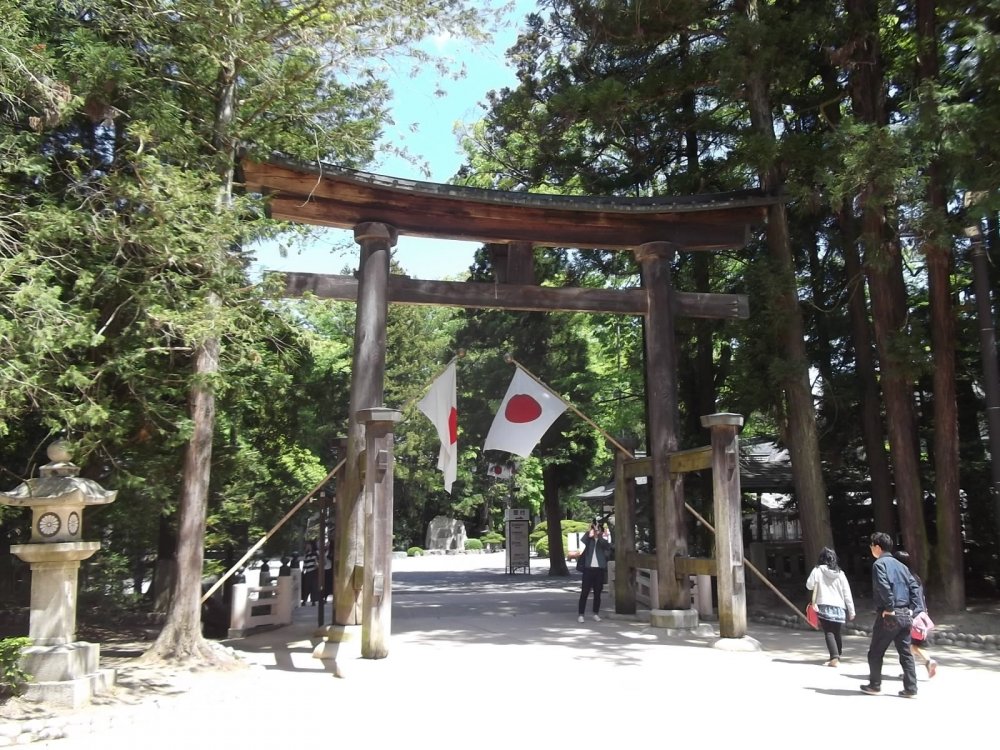 The gate in the shrine grounds 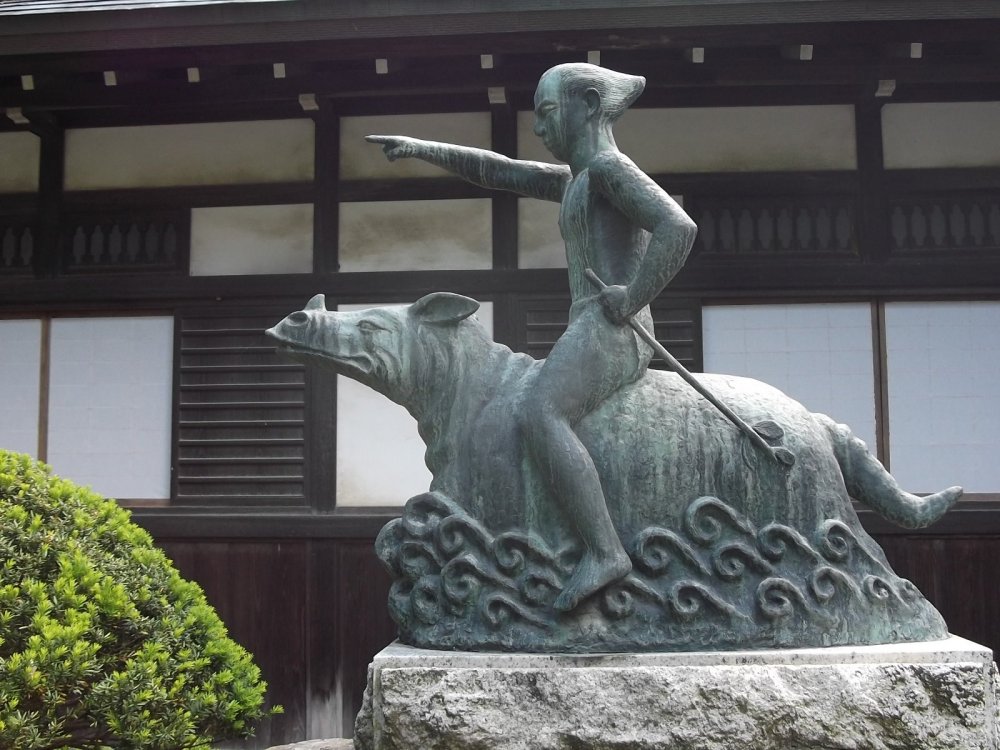 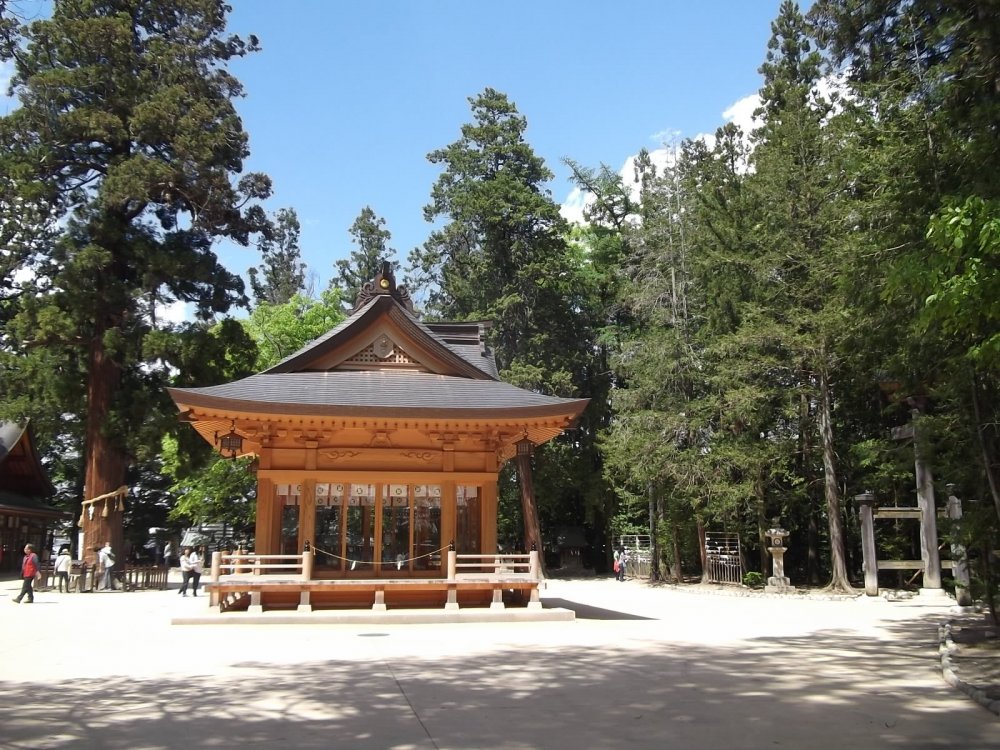 One of the worship halls 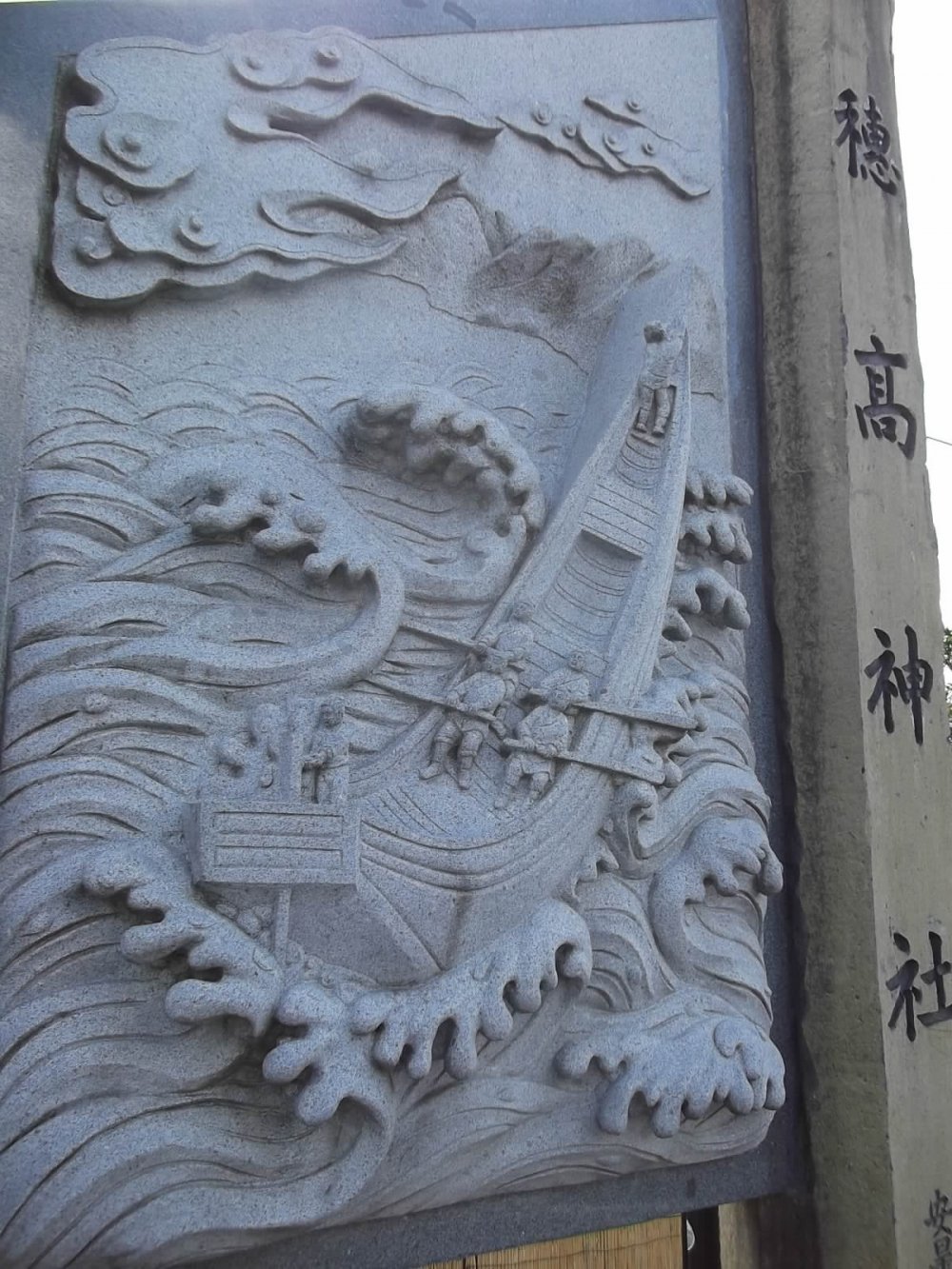 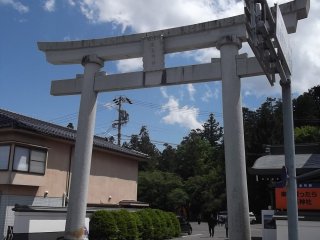 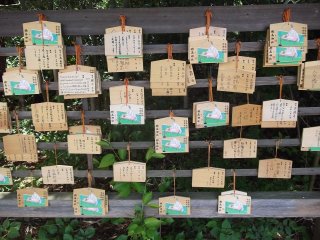 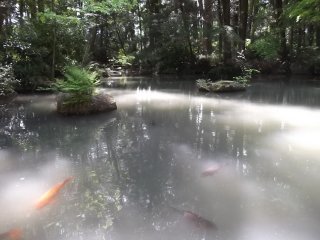 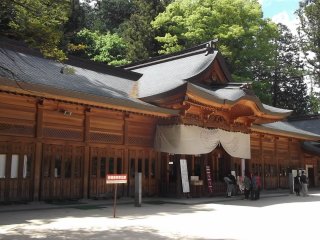 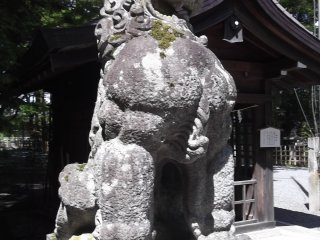 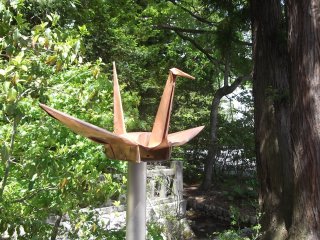 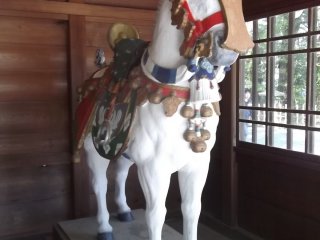 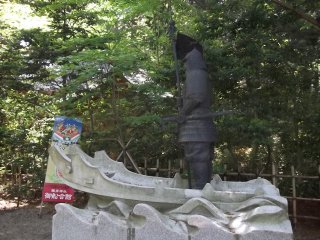 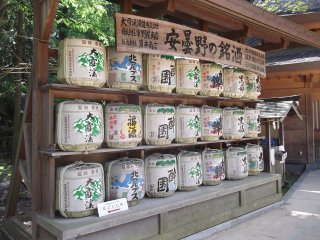 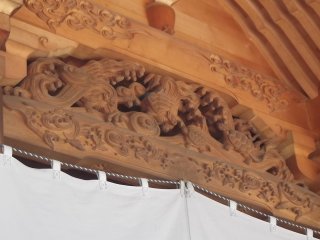 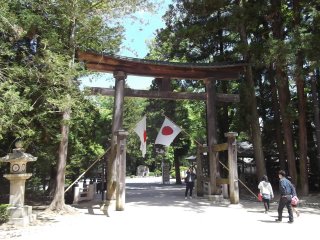 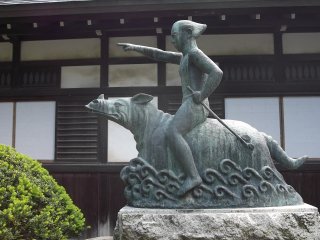 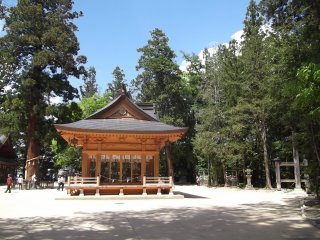 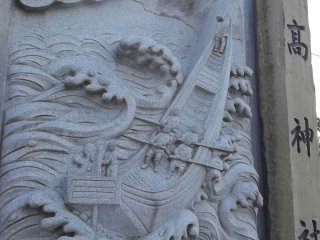 Near Hotaka station in the farming countryside of Azumino, about half an hour by train from Matsumoto, Hotaka shrine is an impressive, spacious shinto shrine, with a number of interesting features to enjoy as you stroll around the grounds.

There seems to be a distinct nautical theme, even though the shrine is about as far from the ocean as it's possible to be in Japan. There are statues of seafarers, one riding some mythical animal through the waves, and carvings in wood and stone of ocean scenes, boats and turtles being tossed around by unfriendly waves.

The shrine is surrounded by peaceful forest, and there are also a couple of imposing torii gates and impressive wooden halls for visitors to admire. You'll also see elegant metal sculptures in the shape of origami cranes, these near a carp pond, where it's very relaxing to watch the fish glide serenely through the milky water.

The shrine is just a couple of minutes' walk down the main road, heading away from Hotaka station on the infrequent JR Oito line.

Kim 3 years ago
The water really does have quite a dreamy feel to it - it's beautiful!
Reply Show all 0 replies
1 comment in total

Kim 3 years ago
The water really does have quite a dreamy feel to it - it's beautiful!
Reply Show all 0 replies
1 comment in total