Enjoy this city's other historical temple

The pleasant city of Nagano may be best known for the imposing temple complex of Zenko-ji, but that's not all there is to see. Before you make your way there, you might stop off at Saiko-ji, a smaller Buddhist temple with a curious story behind it.

Saiko-ji was founded in 1199 by a Buddhist saint called Karukaya, a nobleman from Kyushu who had renounced the material world and devoted himself to Buddhism, abandoning his three-year-old daughter Chiyozuru and pregnant wife Chisato. He stayed in Kyoto for thirteen years, then secluded himself in Koya-san, while Chisato and her son Ishido searched for him.

When Chisato and Ishido arrived at Koya-san, they were told that the sanctuary was forbidden to women; Chisato stayed at an inn, sending Ishido to the valley alone. There he met with a saintly hermit, who told him that his father had passed away. However, the hermit actually was his father, Karukaya: he'd recognised Ishido as his son but, because of his Buddhist vows, was unable to reveal his identity.

Tragedy awaited Ishido when he left Koya-san. He went back to the inn to find his mother was dying then, when he returned to Kyushu with her ashes, he was told that his sister had passed away. Believing himself an orphan, he returned to Koya-san and devoted himself too to Buddhism, under the guidance of the hermit he had met before.

Though they lived together as master and disciple, rumours started to circulate that they were actually father and son; Karukaya decided he had to leave Ishido once more, on the pretext of making pilgrimages. Long afterwards, Ishido became aware of the truth about his father, and left to search for him. However, by the time Ishido found his father's hermitage at Saiko-ji, Karukaya had already passed away. Ishido continued to live here as a hermit until his own death.

In the temple you'll find two statues of Jizo, the Buddhist guardian of children, one carved by Karukaya (on the right), one by Ishido (on the left). There are also three stone towers, under which rest the ashes of Ishido (on the right), Chisato (on the left) and Karukaya (between them). And near the main hall there are a pair of bronze statues, depicting the moment when Karukaya denied his true identity to his son.

Also inside the main hall, there are some screens with Buddhist illustrations. These are sometimes used in e-toki, a Japanese Buddhist practice of explaining doctrine using painted scrolls, screens or picture halls. Saiko-ji is one of a few temples in Japan where e-toki is still carried out.

Something else that's unusual here is that visitors are able to enter the main hall. In here you can admire the lavish shrine decorations, including more statues and sculptures, and wooden carvings of Buddhist scenes above the altar.

The temple is just a few minutes' walk from the JR station, up the main road towards Zenko-ji. 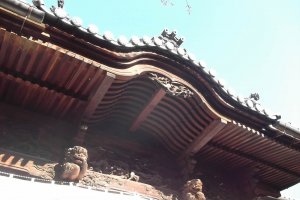 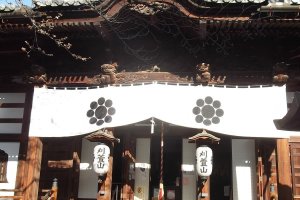 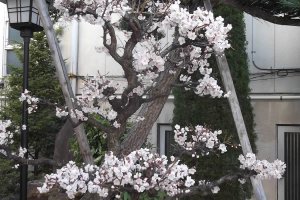 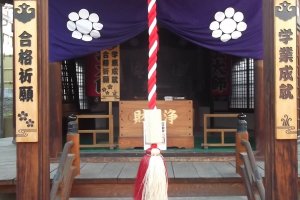 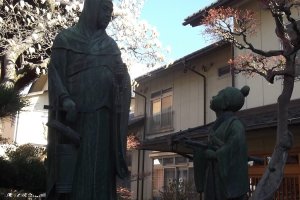 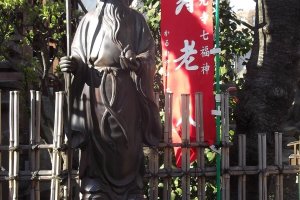 Lynda Hogan a year ago
It sounds like a Shakespearean tragedy. I love finding temples like this with a great back story, although I wish it weren't such a tragic story for poor Ishido.
Reply Show all 0 replies

Kim B a year ago
Fascinating and heartbreaking history. Always appreciate learning more about spots like this.
Reply Show all 0 replies

Elena Lisina a year ago
But I feel a pity for them.
Reply Show all 1 replies

Sleiman Azizi a year ago
Yes, that is part of it...
Reply

Sleiman Azizi a year ago
Wow, what a tale.

Honestly, these kinds of stories add so much depth to these places. And to think that these people were just going about their lives in the best way they saw fit.
Reply Show all 0 replies
5 comments in total