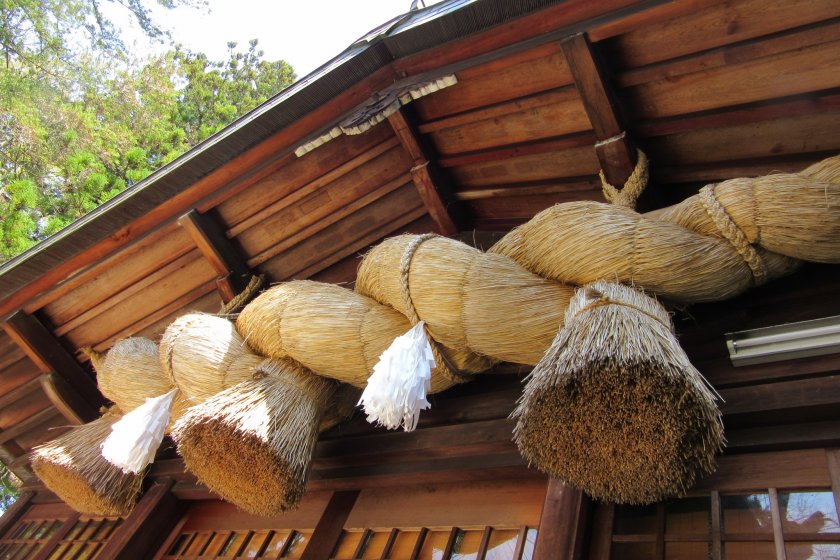 A complex of four Shinto shrines at Suwa Lake

Huge shimenawa is one of the main traits of Suwa Taisha

Suwa Taisha, or Suwa Grand Shrine, is located in Nagano Prefecture, south-east of the city Matsumoto. It’s considered to be one of the oldest shrines in Japan, already existing in the late 7th century. Suwa Taisha is the head shrine of the Suwa network of shrines, composed of more than ten thousand individual shrines in Japan. Suwa Taisha has a very complicated history even for Japanese, so it’s almost impossible to understand it for a foreigner. Suwa Taisha was considered the most important shrine in the Shinano area and was much patronized by samurai and their leaders including Tokugawa Ieyasu - the founder of the Tokugawa shogunate.

The shrine consists of a four-building complex grouped into two sites: the Kamisha, or Upper Shrine, and the Shimosha, or Lower Shrine. Kamisha is the place of the Maemiya and the Honmiya, which both mean “old shrine." Shimosha comprises the Harumiya or “spring shrine” (haru – spring in Japanese) and the Akimiya or “autumn shrine” (aki – autumn). The two shrines of the Kamisha are located on the south side of Lake Suwa, in the towns of Chino and Suwa. The Shimosha is situated on the northern side of the lake, in the town Shimosuwa.

Like others among Japan's oldest shrines, three of the four main shrines of Suwa Taisha do not have a “honden” or a building that enshrines a Kami (god). Instead, its objects of worship “go-shintai” are the mountain the shrine stands on and “divine trees” (shinboku) - at the Shimosha.

Each of the four shrines of Suwa Taisha has four huge fir tree trunks acting as shrine markings. These 16 tree trunks are associated with the Onbashira Festival held once every six years when these huge trees are felled and the logs transported to the shrine buildings.The 10-ton tree trunks are ridden down a hillside by the men participating in a ceremony. It often has fatal consequences for the men involved, who can be crushed by the sliding logs.

There are similar things between Izumo Taisha and Suwa Taisha, in particular, the huge Izumo-style “shimenawa” (sacred ropes) seen at the shrines. I was fascinated by the shimenawa's size of Izumo Taisha in photos, but travelling there was far and impossible in my case. Then, I saw very similar, huge shimenawa in Suwa-taisha of Nagano, and it was possible to go there. I wasn’t sure I would find all four places at once. But, my friends in Nagano kindly took me there and we could visit all four places in one day. As the day was bright and sunny, our journey was a happy one. For those who’d like to see all four shrines of Suwa Taisha, I would reccommend to have a good local guide. Lake Suwa is big and beautiful, so one may want to stay in a hotel with hot spring bath by the lake and visit Suwa Taisha. 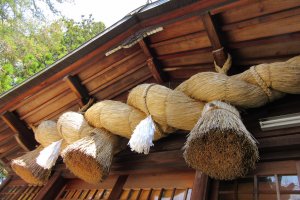 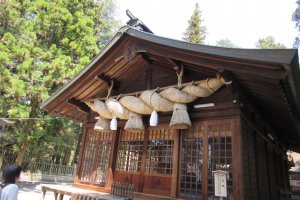 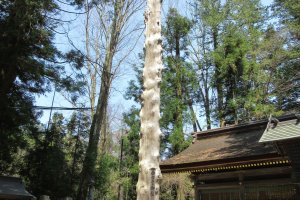 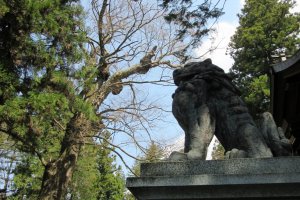 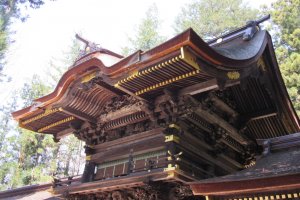 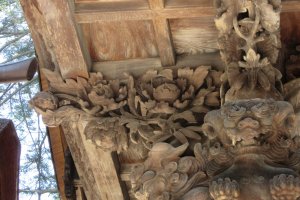 Elena Lisina Author 3 years ago
Thank you, Andrew! There are SO many interesting places and things in Japan!
Reply
2 comments in total