A boat trip through Nagasaki's "99 Islands"

Japan is a nation of many islands but most travelers never get beyond the main four. At Kujukushima National Park near Sasebo in Nagasaki Prefecture, however, you can up your island quotient by taking a tour of the region's waters.

The word "kujuku" literally means "99" but has come to refer to a vast number or something uncountable. In truth, there are 208 islands off the coast of Sasebo, the largest concentration of islands anywhere in Japan. Of these islands, only four are inhabited (and served by a ferry system that connects them to the mainland). The rest range from heavily forested knobs to rocky outcrops to sandy strips sticking out of the water. If these islands look familiar, chalk it up to the fact that they featured prominently in the opening scenes of the film The Last Samurai.

You can't land on the uninhabited islands, but a 50 minute cruise on the Pearl Queen - a white, multi-deck ferry - weaves in and out of the park's coves and gets you pretty close to a number of the islands. The Pearl Queen sails every hour on the hour from 10am to 3pm (no noon sailing) and an adult ticket costs ¥1200. For those traveling with kids, a red pirate ship known as the Kaiou (Sea King) plies the waters off Sasebo at least three times a day (11:30am, 1:30pm, 2:30pm). During summer vacation and the Golden Week holidays, these cruises include games with costumed pirates and ship-board treasure hunts.

If you want a more eco-minded tour of the islands, there are also 12-passenger skiffs that can be rented for small groups and even traditional Japanese boats propelled with a scull (long paddle). Or, take to the waters on your own in a single or double kayak.

Cruises leave from the end of the pier at the Saikai Pearl Resort just north of Sasebo city. The resort can be reached easily by car (well-signed from downtown) or via a shuttle from the Sasebo train station. Tickets can be purchased on the day (cruises might fill up about 30-60 minutes before sailing time in peak periods) from the counters inside the cruise terminal.All commentary on board is in Japanese and English, but ask for the more detailed English leaflet at the ticket counter. 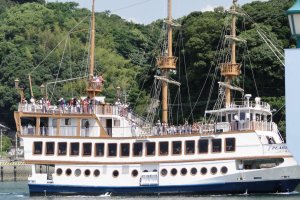 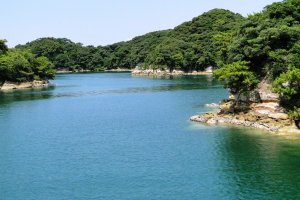 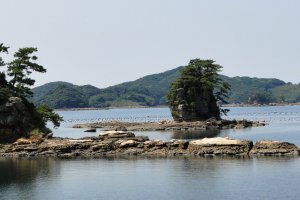 Sleiman Azizi 2 years ago
We're planning on taking a cruise there soon. Looking forward to it.
Reply Show all 0 replies
1 comment in total