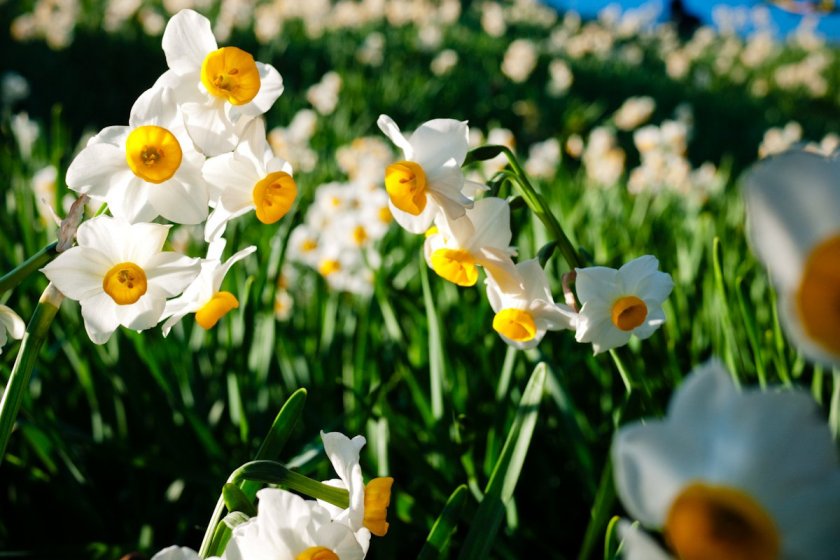 Each year in early January, Nagasaki's Suisen-no-Sato Park is filled with the color and scent of around 10 million daffodils in bloom. The park's elevated location on the tip of the Nagasaki Peninsula affords some incredible views of the flowers flanked by the coastal scenery, and it's even possible to see Gunkanjima (also known as 'battleship island') from the grounds.

Along with appreciating the flowers and the views at this annual festival, be sure to take in the aroma, too. The park was named as having one of Japan's Top 100 Scents (yes, there's a list for that!) by the Ministry of the Environment, thanks to the combination of the fragrant blooms and the crisp, salty sea air.

The Nomozaki Suisen-no-Sato Park is located approximately 35 minutes by car from the central Nagasaki area.

For those visiting via public transport, take the Nomozaki / Kabashima / Misaki Kiba Line bus from Nagasaki Station for approximately 50 minutes until you reach the stop for the Nomozaki Athletic Park. From there, the daffodil park is around 5 minutes away on foot. 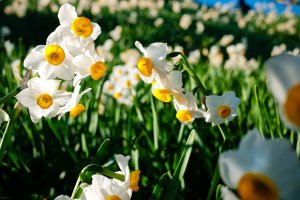 Elena Lisina a week ago
Flowers in early January in the amount of 10 millions - just fantastic! :)
Reply Show all 0 replies
1 comment in total