The best night view in Nagasaki and Japan

On a chilly winter's night, with the thrill of a thousand glowing lights spread across the city, Mount Inasa lives up to its claim of being one the top three night views not only in Japan but in the world.

The mountain itself is not all that high, reaching a modest 333 metres, but is a very popular spot throughout the seasons, particularly in spring when the azaleas are in full bloom. But it's winter now, the evenings are chilly and, of course, we are here for a taste of the night view. And yes, what a view it is.

The summit features a communications tower and an observatory that, while closing at 10:00pm, leaves the actual lookout open all night. If you are after a meal and souvenirs, the observatory will satisfy you. But even if you aren't here for the view, the view is there so you simply have to look. Preferably from outside.

We arrived at the summit early in the evening with the sun still in ascendance. Watching its light disappear to leave only that of the city's was to see a spectacular metamorphosis. By the time darkness had set we were witness to a dazzling display of light: from one end of the city to the other, from one side of the harbour to the other, Nagasaki shone. Literally.

The mountain and its lower ropeway station is a 5-minute walk from the tram line station, Takaramachi. The Nagasaki Bus 3 or 4 from Nagasaki Station will take you to Ropeway Mae bust stop for a 2-minute walk. 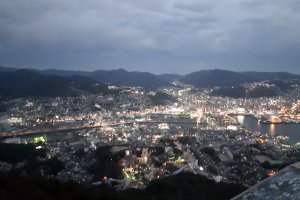 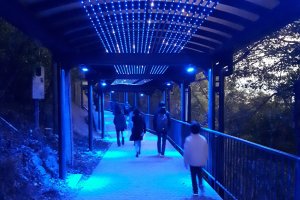 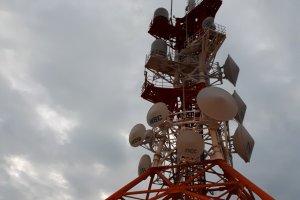 Kim B a year ago
Nagasaki definitely is the city for stellar views!
Reply Show all 1 replies

Sleiman Azizi Author a year ago
It was good to get there at sunset when you could see the changes in the view. If you bring kids, I'd recommend that time rather than too much later as they can get rather tired.
Reply
2 comments in total