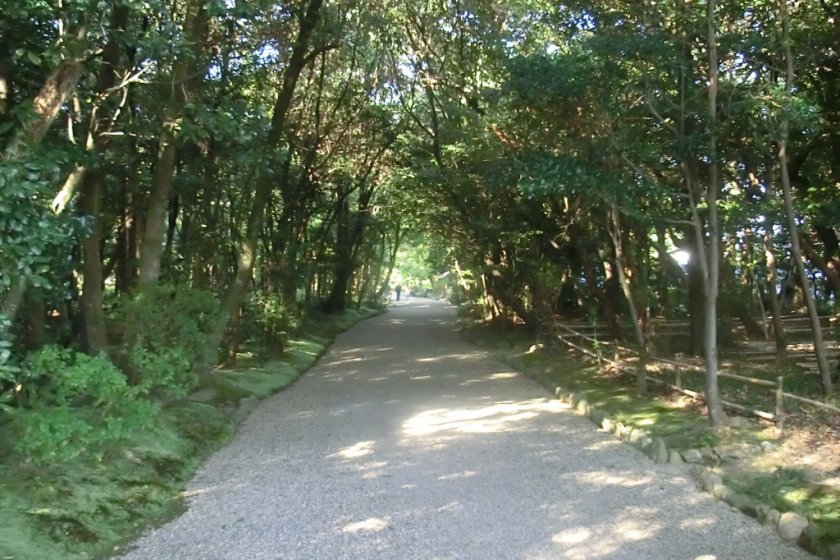 Akishino Temple is one of the smaller but no less famous temples in the central Nara area. The temple is a 20 minute walk northwest of Saidaiji temple and Yamato Saidaiji station. Founded in 780 AD shortly before the royal court left Nara, the main temple is faithful to the original and had many fine statues. Open from 9:30am to 4:30pm, it is enclosed within a grove of trees and bamboo and the stroll along the access path to the temple is quite beautiful. The most well-known Buddhist statue among the 25 in the main hall is the standing statue of Gigeiten, the patron god of the arts, who is venerated by many artists. The sculpture of Gigeiten, a female deity, has a dry lacquer head of the Nara period joined to wooden body carved in the Kamakura Period. Its head was made in the 8th century and the body was made in the 13th century. It is roughly 2m in height and has been designated one of Japan's Important Cultural Properties.

Akishino-dera was built around 780 at the request of Emperor Konin. It lost most of its buildings to fire during wars in the 12th century, and the present main hall had to be rebuilt in the 13th century. There is a wooded area in the grounds that stretches from the south gate, and the velvety moss-covered garden is tranquil, and beautifully arranged. Entry to the temple grounds costs about 500 yen but unfortunately they did not have any literature in English nor any English speakers. It's possible to walk around the temple grounds and enjoy the serene and quiet atmosphere, allowing you to wonder what it must have been like 1300 years ago when it was a major place of worship. 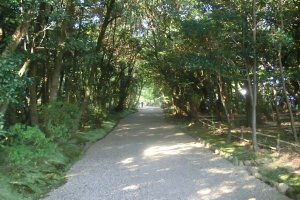 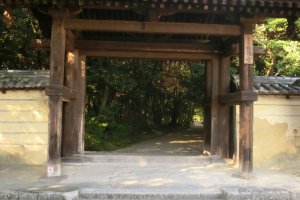 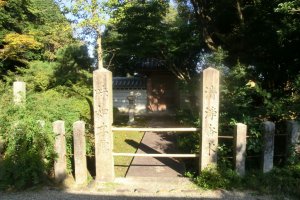 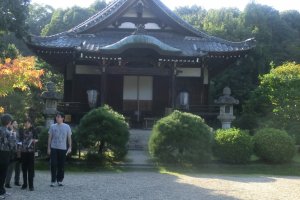 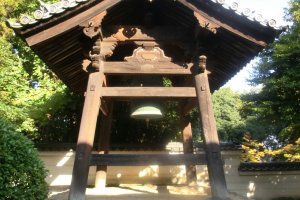 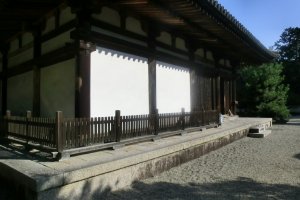