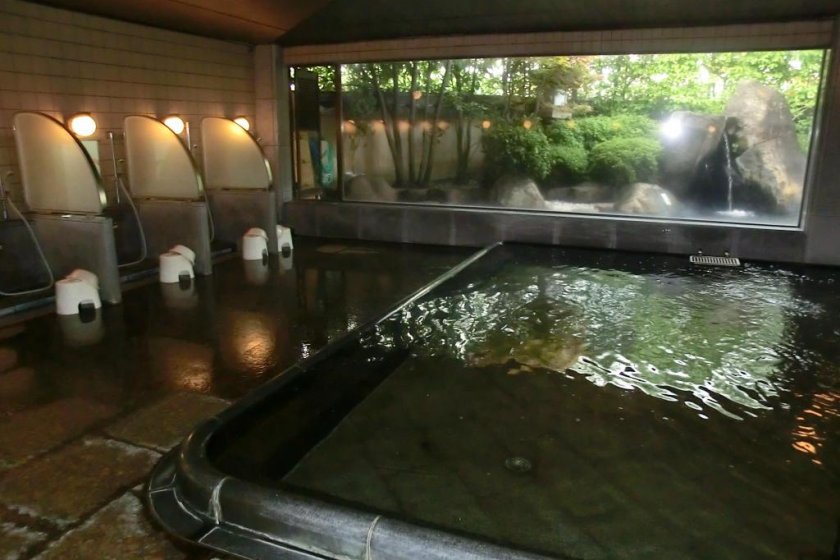 Weekend trip to the hot springs

If you spend any length of time in Japan you will find that Japanese like nothing better to spend time visiting an onsen or a hot springs. Throw a stone in any direction and you can be sure to hit some hotel that hosts an onsen on the premises. One such hotel is Nara Park Hotel which is but a short drive from central Nara and the hotel is within easy access of the freeway linking Osaka and Nara.

Hot springs in Japan use mineral water that has medicinal qualities and helps to relieve stress, arthritis, stiff shoulders and a variety of other ailments. Japanese like to take a soak to deal with every day aches and pains and for sheer relaxation value. Fortunately the Nara Park Hotel is very close to where I live, within 10 minutes bike ride of my house so I thought I would pay a visit last weekend. When you reach the hotel you will see the tour buses and the large entrance to the hotel. When you enter the lobby and pay the fee for the bath (1000 yen) the office staff will lead you downstairs to the bath where two men will be waiting.

The men’s and women’s baths are segregated so make sure you don’t enter the wrong bath by mistake! The woman’s bath has a cloth hanging outside the door with a Japanese kanji (女) and the men’s bath has (男) outside. The attending staff will hand you a large bath towel and a small hand towel. When you go into the changing room, take off your shoes and put your clothes in the baskets provided. Unfortunately there are no lockers so any valuables can be left at the front desk. Take off all your clothes and hold the small towel in front of you. Many foreigners are not used to being naked in front of other people but clothes are not worn in the bath.

When you enter the bathroom you will see a large bath in front of you. Before entering the bath rinse off at the shower taps located around the wall. Enter the bath slowly which is usually heated to about 38 degrees Celsius. Soak in the bath for several minutes and then get out again and soap your body down- body soap and shampoo are provided. You can use the hand towel to soap yourself down, but be careful not to use the hand towel in the bath! Outside is a rotenburo, or an outdoor bath, which is built of rocks and the hot water comes out of a pipe above the bath. Japanese like to sit in the bath naked and take in the scenery and soak in the hot water admiring the view.

For a comfortable and relaxed time you should allow about 30-40 minutes for your bath. The hotel also has a coffee lounge and a Japanese restaurant to take in a meal afterwards. A shuttle bus also runs from the hotel to JR Nara and Kintetsu Nara stations. 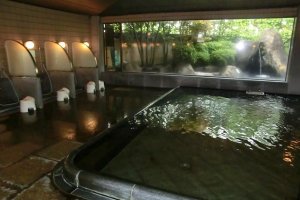 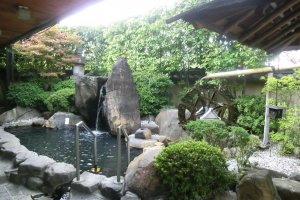 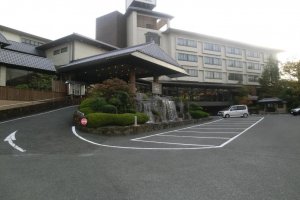 Bryant Tan 6 years ago
Does the hotel allow non guests to use the onset? From your article, it seems like a fee of 1000 yen would suffice and they allow non guests in, is that correct? I'm planning a day trip and this info would be crucial. Thank you.
Reply Show all 0 replies
1 comment in total