Unplug from technology, reconnect with nature

Kawakami-mura in the mountains of southeastern Nara is an area of post card countryside villages and wild fiercely beautiful nature. From the main road it looks like the kind of place ideal for Bear Grylls to make an episode of his TV show. Get off the main road though and the number of things to do quickly grows large.

Hiking abounds in the mountains of Kawakami-mura, but one of the most rewarding, beautiful and easy hikes is the Suigenchi no Mori hike in the far eastern part of Kawakami-mura near the border with Mie. You can even do the hike as a guided tour from the Mori to Mizu no Genryukan Museum! The ￥4,000/adult, ￥2,600/child price includes a knowledgeable guide (who speaks some English) and a van to drive you to and from the trailhead. The trail winds through primeval forest and cedar plantations so sustainably maintained that only the spacing of the trees reveals the hand of man. The highlight of the hike is the Myojin no Taki waterfall and the glorious clear blue pool at its base. A fallen tree provides the perfect diving board and the pool is deep enough for a swim. The water isn’t warm but a dip after hike (especially a summertime hike) is a most refreshing experience. Don’t forget your GoPro or underwater camera because takahaya, ayu and other Japanese mountain fish inhabit the pool and the river. Go with a guide and you’ll get the lowdown on the various plants and animals including a species of pine tree only found in this part of Kawakami-mura.

Hiking, swimming and fishing in the rivers, and boating on the Otaki flood control reservoir (in season) aren’t the only attractions for enjoying nature, caving is also available to those who visit the Kawakami Fudokutsu Cave! In years past practitioners of Shugendo Mountain Ascetic Buddhism made their way into the pitch dark of the cave to brave the roar of its underground waterfall and purge their minds and bodies of fear before setting off on long pilgrimage and training hikes in the mountains. Visitors today have the luxury of electric lights, well maintained paths and a cave entrance that was widened by Kawakami-mura to facilitate safe and easy entrance to the cave. This in no way detracts from the experience of caving. Seeing and hearing the rush of the underground waterfall and the spring from which it bursts forth is awesome.

Kawakami-mura is a town with a history stretching back to a time before the nation of Japan existed. Buildings from the Meiji and Taisho-eras can still be seen, visited, shopped in, and in cases like the Asahikan Ryokan (Japanese Inn) in the village of Kashiwagi, or HANARE Minkan (Japanese bed and breakfast), stayed in! These old towns offer a tantalizing, almost fully immersing glimpse into the Japan of old. The warm atmosphere created by the wood construction and tatami mats of the old building are an expression of hospitality all by themselves.

The old-timey feel doesn’t stop at the architecture. The traditions of old Japan are very much alive and well in Kawakami-mura. The eponymous Niu-Kawakami Kamisha Shrine is still visited by the Emperor and his family today. The ceremony in which the Emperor participates is a prayer for abundant farming and fishing harvests, and for the health and prosperity of Japan. In the past sunny or rainy weather was prayed for by placing a white or black horse outside the shrine (white for sunny weather and black for rain) by the Emperor or at his direction. Construction of a flood control dam forced the relocation of Kawakami Shrine Kamisha from its original location but it also uncovered additional history that had been forgotten. A stone circle constructed during the Jomon Period 4,000-8,000 years ago was revealed during the breaking down and excavation of the shrine grounds. Ruins of this kind have only been found in three other places in Japan, all of those in the far north of the Tohoku region. Artifacts from that discovery are on display at the Mori to Mizu no Genryukan Museum along with dioramas and aquariums of the flora and fauna of the area.

Hungry? There are several restaurants and cafes to choose from in Kawakami-mura some of which prepare and serve the traditional salt and persimmon leaf preserved kakinohazushi nigiri sushi. For a surprisingly tasty and cost effective meal though, the soba/udon and ramen window at the Sugi no Yu Michi no Eki road station, next to the Village Office, serves up some of the best tasting udon/soba broth and noodles I’ve ever tasted. A bowl of niku-udon allowed me to eat to contentment while the ￥570 price left a generous amount of money in my wallet to pursue other things later.

When one finally does call it a day and retire for dinner and a rest, the Sugi no Yu Hotel offers one of the most comfortable countryside hotel experiences I’ve ever seen. There’s no WiFi but taking the time to unplug is part of the countryside experience. Delicious high quality Japanese countryside food for dinner and breakfast, beautiful and highly atmospheric outdoor hot spring baths that one will find themselves relaxing in for hours at a time, and deep super plush beds round out the package. When it’s time to get away from the city and unplug oneself from technology and the internet and reconnect with the great outdoors it’s hard to do better than Kawakami-mura. 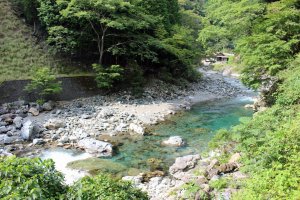 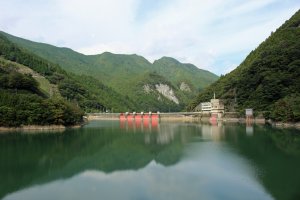 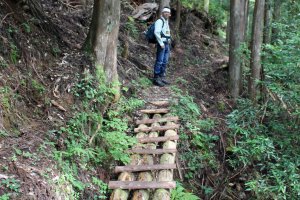 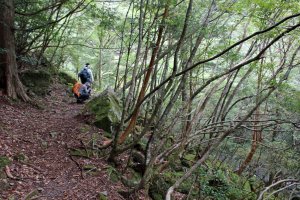 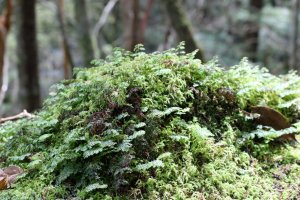 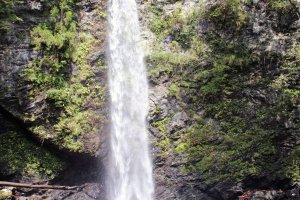