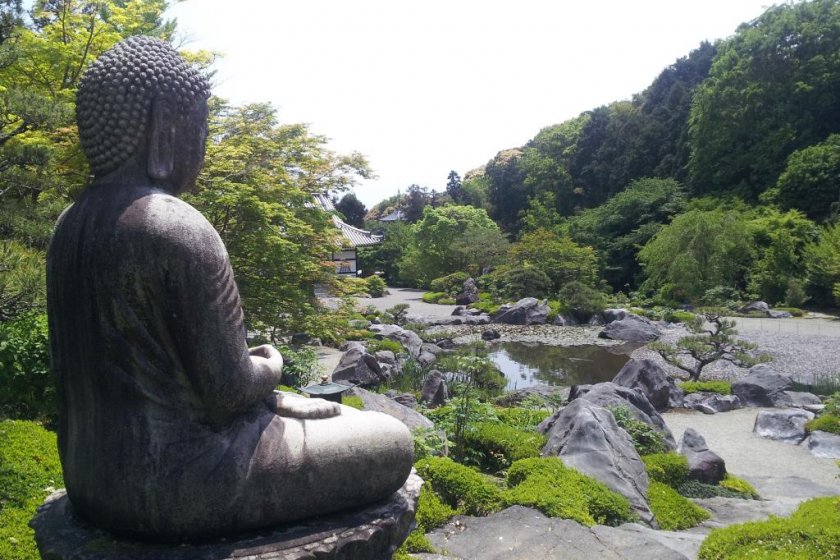 A princess' dream sewn in cloth

I am assigned to work in the countryside again after spending last year in a more suburban locale. This time I am working right in the center of an agricultural area.

My new job is a 20-minute walk from the Kintetsu-Taimadera Station. Walking in the sprawling rice fields, you can see twin brown temple towers standing significantly against the lush backdrop of a mountain. Its presence cannot be missed. As I am already in awe with its unassuming beauty, I can’t help but wonder how beautiful these structures would look during the changing seasons, with an autumn-colored painted background.

I researched and asked around, and found out that the twin towers were part of the Taimadera temple. Everyone at work was telling me about how beautiful this temple is, so I decided to go see it during one  of my lunch breaks. I was not disappointed. The temple grounds consist of a main temple, a number of smaller ones, 2 temple towers, patches of garden and a main garden.

The twin temple tower, which is actually a three-tiered pagoda, is the remnants of a very old era and it is still in its original form. It is considered as a national treasure, along with the Taima Mandala,  which is housed in the main temple. Unfortunately only a replica of the original can be viewed by the public, but it is still a fine representation.

As the story goes, Chujo, a run-away princess who became a temple nun, saw in a dream an image of a land of purity and heavenly perfection. She sewed a cloth, the Taima Mandala, depicting her heavenly dream.

I have seen so many temples in Japan, and the preserved but still rustic, old feel of Taimadera is refreshing, as opposed to other conservation efforts to retain original form that use new materials to repair almost the whole structure.

The main garden is also worth seeing. I had a great time eating some snacks under the watchful protection of a seated Buddha overlooking a lovely koi pond.

It would also be nice to visit during the time the peonies are in full bloom from April to mid-May. I was lucky to still see some during the last week of May.

The Kintetsu Minami-Osaka Line will take you to Taimadera Station and from there, take a 15- minute hike to Taimadera temple.

I have been living in Japan for the past 5 years. I love traveling as well as eating. With two toddlers in tow, we try to find ways to be more creative with our travels. 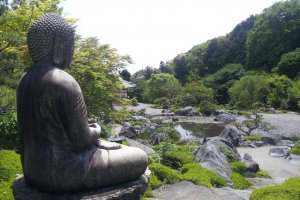 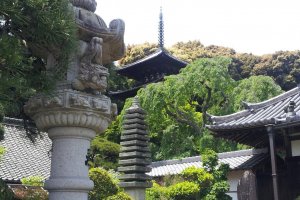 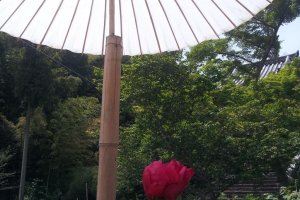 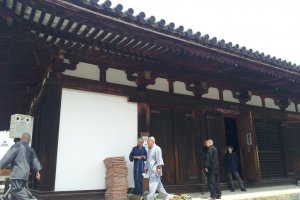 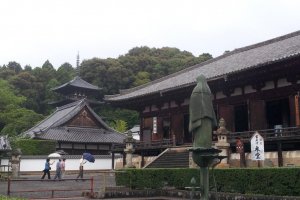 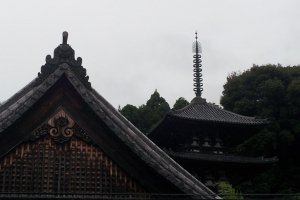