The Temple of Imperial Blessing

Eifuku-ji is a fairly large temple in the quiet town of Taishi-cho, in the countryside of eastern Osaka Prefecture. Although relatively unknown, it marks the final resting place of one of Japan's most important historical figures, the semi-legendary prince, Shotoku Taishi.

Land of the Rising Sun

Shotoku-Taishi acted as a regent during the reign of Empress Suiko from 592 to 628. Although he was the son of Emperor Yomei, he never actually became Emperor himself. However, during his life, he was instrumental in shaping the future of Japan. His actions at Shigisan in Nara Prefecture allowed Buddhism to take root, he wrote the first formal constitution after reforming the political system, and he was the first person to refer to Japan as "the Land of the Rising Sun" in his famous letter to the Emperor of China.

Eifuku-ji itself sits at the foot of Mount Shinaga, a place said to have been chosen by the prince himself as his burial site. In the year 622, his mother, Princess Hashihito, suddenly died so he arranged to have her buried in his own tomb. Legend has it that during the funeral, he planted a branch into the ground in front of the tomb which suddenly took root and spread, much in the same way Buddhism had spread throughout Japan.

Two months later on 10 April 622, his wife, Tojiko-no-Iratsume died and was buried in the same tomb. The following day, Shotoku-Taishi himself passed away and was buried alongside his beloved wife and mother.

After his death, Eifuku-ji temple was built on the flat ground at the base of Mount Shinaga in order to protect this important burial site.

Also known as the "Temple of Imperial Blessing", the grounds of Eifuku-ji cover quite a wide area and incorporate a nearby park. It is made up of around a dozen buildings and in many of these halls are enshrined statues of Prince Shotoku at various stages of his life.

There is also a large Kondo (main hall) and a two-tier pagoda known as the Tahoto, or "Many-jeweled Pagoda". Two further small halls are dedicated to the founders of two of the most influential sects of Buddhism.

The Kobo-Daishido contains a statue of Kobo-Daishi, also known as Kukai, who founded Shingon Buddhism and built his monastery on sacred Mount Koya in northern Wakayama prefecture. The Kenshin-Daishido is dedicated to the monk Shinran who founded the Shinshu sect.

The mausoleum itself lies at the very back of the temple, up a flight of stone steps and looking out over the countryside. A small wooden building marks the entrance to the tomb which is a stone room built into the hillside itself. The tomb is surrounded by a pair of stone walls which represent the separation of the spiritual world and the secular world.

Every April, Eifuku-ji holds the Taishi Shotoe Festival of Lights. This is a spectacular illumination festival in which more than 10,000 candles of various colours are placed around the temple and adjoining park.

At the base of the mausoleum steps, the candles are arranged in the shape of the kanji character WA. This character holds a double importance both in its meaning of "harmony" and as the historical name of Japan during Shotoku Taishi's time.

Elsewhere around the grounds, the candles are laid out in other patterns including a monkey, a phoenix, and cherry blossoms. Within the park, stalls selling popular festival food are set up and live music is played from the bandstand. Most of the candles are funded by donations so families will have some fun trying to find their own candle among the multitude.

The small town of Taishi-cho itself is an extremely important area linked to the Asuka Period, when Shotoku Taishi lived. Not far from Eifuku-ji you can find the officially designated graves for three ancient Emperors; Bidatsu-Tenno, Kotoku-Tenno and Prince Shotoku's father, Yomei-Tenno. The grave of Empress Suiko, for whom Shotoku Taishi acted as regent, is also nearby, surrounded by farmland.

There is one final, significant grave although this one is quite hard to find. Ono-no-Imoko was the lead diplomat who, along with Takamuko-no-Kuromaro delivered Prince Shotoku's famous letter to China. All five of these ancient tombs require quite a bit of walking but it does make for an interesting stroll for history enthusiasts looking to check them off of their list.

Eifuku-ji is a fascinating hidden gem at the heart of one of the most historically important small towns in Osaka Prefecture.

To get to Eifuku-ji, you will need to take the Kintetsu Minami Osaka Line (近鉄南大阪線) from Osaka Abenobashi Station (大阪阿部野橋駅) to Kaminotaishi Station (上ノ太子駅) and then walk south for about two kilometers. 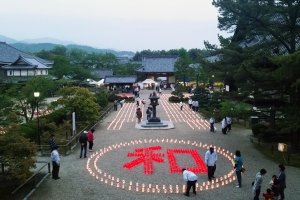 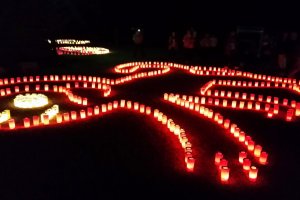 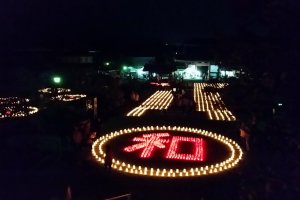 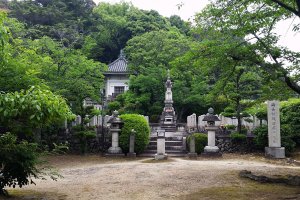 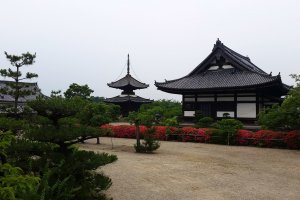 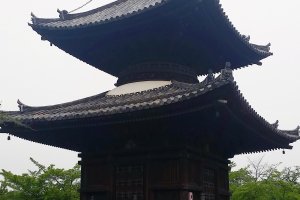 Bonson Lam 10 months ago
The regent’s constitution stated: "Harmony should be valued and quarrels should be avoided. Everyone has his biases, and few men are far‑sighted." It is something of timeless application.
Reply Show all 1 replies

Gary Luscombe Author 10 months ago
He must be rolling in his grave watching the sorry bunches of people mis-managing most countries these days!
Reply

Gary Luscombe Author 10 months ago
It is very calming and quiet, walking among them and watching people hunt their own candle.
Reply

Kim 10 months ago
Would love to visit! Also, love reading about the history behind places like these - you have a wealth of knowledge!
Reply Show all 5 replies

Gary Luscombe Author 10 months ago
It is the history and stories that draw me to these places. I often pick my targets from ancient texts then go and see if there is anything physical remaining.

Shotoku Taishi is one of my favourite historical figures so I have spent some time visiting places he is linked to.
Reply

Bonson Lam 10 months ago
I thought about that in researching about the Hanezu Odori festival, it was about a man who criss-crossed the Kyoto countryside to be with his lover. While that path is now overtaken by the Meishin Expressway, it would be fascinating to retrace his steps. https://en.japantravel.com/kyoto/hanezu-odori-dance-festival/58705
Reply

Gary Luscombe Author 10 months ago
I would say go for it when you get the chance. These days all emphasis goes on the destination and nothing on the journey itself. I come across a lot of great places just by taking my time, getting off the train a stop of two early and going for a stroll.
Reply

Elizabeth S 10 months ago
I got hooked the other way around - on exploring places, I check out the literary connections. I began to notice haiku related spots in my region, and learned about haiku poets I hadn’t read before.

Gary Luscombe Author 10 months ago
Exactly! My method was born out of having no budget whatsoever in the early days. I had to make every research trip count so I learned as many stories as I could, plotted everything on a map and then once I had gathered enough for the train, would hit as many locations as possible in one go.

Quite often I would end up walking 20+km in one day!
Reply

Gary Luscombe Author 10 months ago
There are some fantastic illumination festivals all over Japan but this one is probably my favourite because it is more than just a light show. You could say that each of the candles is a prayer.
Reply

Sleiman Azizi 10 months ago
What an interesting place. Osaka doesn't usually bring to mind serene temples and shrines. More articles on this part of Osaka please!
Reply Show all 1 replies

Gary Luscombe Author 10 months ago
I don't have much more specifically on Taishi-cho at the moment but Osaka has a surprising number of oases of calm!

If you can take the time to drive or cycle through the towns that butt up against the Nara/Osaka border, there are lots of little secrets like this!
Reply
14 comments in total