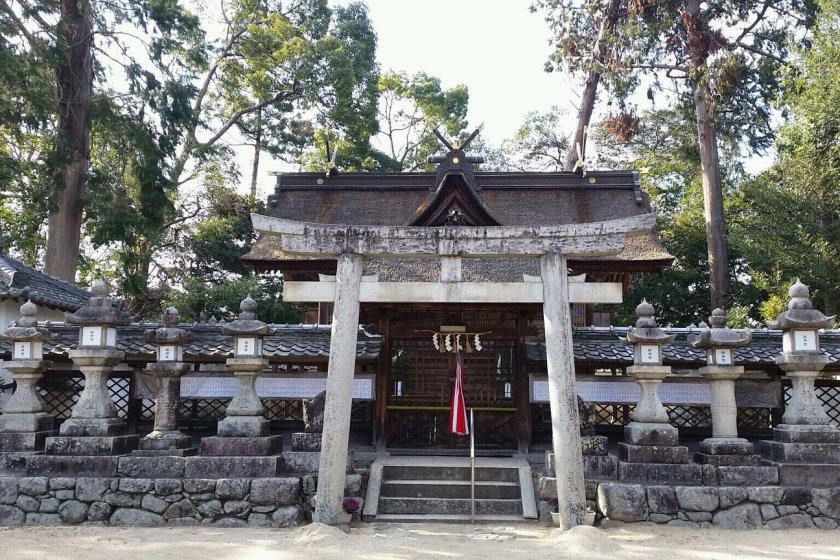 A shrine linked to the architect of Japanese culture

Tako-jinja is a small and unassuming shrine in Kawachinagano, southern Osaka, that is linked to a significant but little known figure from Japan's early history. Takamuko-no-Kuromaro grew up in the vicinity of the shrine some time in the early Asuka period (late 6th and early 7th century).

Kuromaru devoted his life to the arts of diplomacy and politics and was eventually brought to the attention of the semi-legendary prince Shotoku Taishi who was effectively regent of Japan at the time. In 608, he was sent to China along with another legendary diplomat, Ono-no-Imoko, to deliver the famous letter in which Japan was first referred to as the "Land of the Rising Sun".

He remained in China for some 30 years serving as one of the top diplomats. Upon his return to Japan, and following the ascension of Emperor Kotoku to the Chrysanthemum Throne, Takamuko-no-Kuromaro was named a 'National Scholar' and called upon to take an instrumental role in the Taika-no-Kaishin, the Taika Reforms.

The reforms were a complete overhaul of virtually all aspects of life in Japan including centralising power in the hands of the Emperor, modifying the management of land and introducing many aspects of Chinese culture such as writing systems, food and fashion. With the reforms well underway, Takamuko-no-Kuromaro was appointed top ambassador to China but died of illness soon after his arrival in 654.

Tako-jinja itself is actually a very small shrine but it sits in a little copse of woodland which gives it an air of mystery. The current shrine building was constructed in 1608. There are 10 Kami (Shinto deities) enshrined within including Susano-o-no-Mikoto, a famous and aggressive deity with many legendary tales attributed to him.

To the left of the shrine is a single, weather worn red torii gate. A small temizu-sha (hand washing basin) in the shape of a dragon occupies a corner of the courtyard opposite the shrine and behind this is another tiny secondary altar. The small complex is quite understated, much like Takamuko-no-Kuromaro himself.

Five minutes walk from Tako-jinja is Kuromaro Village. Taking its name from this historical figure, this is a popular area which includes a cafe, organic supermarket, history museum and the Osaka Prefectural Flower Garden.

From Kawachinagano Station (on the Nankai Koya Line and Kintetsu Minami Osaka Line) take a bus from Stand number 7 bound for Tako or Takihata Dam. Get off at the stop called Kami Tako and walk 5 minutes. 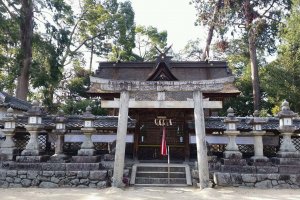 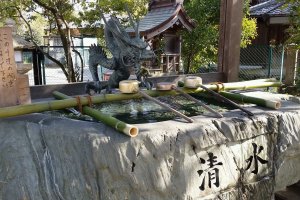 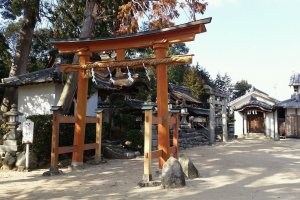 Bonson Lam 9 months ago
This is a great history lesson. Thank you for uncovering these gems. It is so easy to go past these places and not know how instrumental they are.
Reply Show all 1 replies

Gary Luscombe Author 9 months ago
I had walked passed it several times over the years and thought nothing more about it. It was only when the local history museum asked me to proof read some information that I even found out about Takamuko and it took some time for me to link him to the shrine. Now I pay MUCH more attention whenever I go anywhere!
Reply

Sleiman Azizi 10 months ago
Knowing a little bit about the history of smaller shrines such as this one really does make a visit come alive.
Reply Show all 1 replies

Gary Luscombe Author 10 months ago
I think they are also important to tie in to the narrative of the surrounding area too. Kawachinagano isn't very well known so telling the stories of some of the interesting people linked to it makes the story come alive a little more.
Reply
4 comments in total