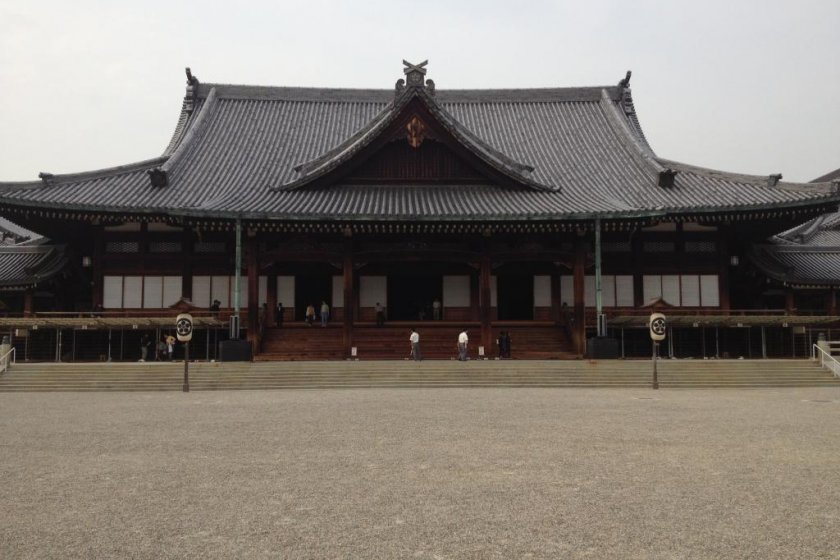 Worldwide Headquarters of the Tenri-kyo religion

Close-up view of the sanctuary

I first entered the sanctuary nearly 40 years ago, when my study abroad group in Tokyo took a summer tour of the Kansai region; our tour guide had scheduled a donation of one hour of the group’s labor in return for a lecture from one of the priests, most of which escaped me then. A decade later, to my bemusement at the somewhat ironic turns my life had taken, I found myself living in Nara and working as a part-time English teacher at the Tenri-kyo Church's associated university. But in all these past 30-some years, I’ve never been proselytized and I’ve never actually learned much about the religion itself, so I asked one of my colleagues to fill me in.

Tenri-kyo is a new religion founded in the mid-19th century, during the tumultuous era of Japan’s opening to western technological assimilation on one hand and, on the other, the restoration of the traditional Imperial family to its pre-eminent political position. Befitting the circumstances surrounding it's origin, my colleague describes Tenri-kyo as a syncretic religion, combining elements of other teachings, including Shinto, Buddhism, and Christianity. He also describes it as largely non-proscriptive, without a lot of “thou shalt not” rules, and without a rigorously defined dogma, but proclaiming a basically common-sense philosophy for living a good life. Several years ago some of my students described the main thrust of Tenri-kyo’s doctrines as “gratitude,” and church leaflets I picked up in the information center describe it as aiming for the promotion of a joyous life.

Walking from Tenri station through the town’s long covered shopping arcade, you’ll enter the immaculately maintained sanctuary grounds from the west (the left side in these photos). The impact of suddenly bursting out of the arcade and into this vast open area is remarkable, but to experience the full grandeur of the main sanctuary, perhaps you’d like to continue on along the sidewalk around to the center, then exit to the south through the enormous gateway. After you’ve walked away from the sanctuary some distance along the wide path, turn around to see where you’ve been, as shown here from the southern approach. This is the view that greets you if you arrive by car or tour bus.

The architectural style, riffing off the traditional Buddhist temple, is a recurring motif seen in many other large buildings throughout the entire town, including the church’s administration offices, associated university and university museum, all just across the street from the sanctuary, and the renowned Yorozu hospital, a few blocks away.

When you’ve finished taking in the distant view and would like to approach the sanctuary closer again, you’ll notice a grating that demarcates the paved entryway from the inner gravel. I observed that everybody pauses at this point and bows in respect, even if for only a brief moment and even if only slightly, before setting foot onto the inner grounds. You don’t want to be the dolt who inadvertently defiles the consecrated ground, right?

I came to Japan as a student, way back in 1973, met my soul mate in 1974 and ended up not going back to my home in California. After a total of six years in Tokyo and two years away from Japan for graduate studies, we landed in Nara in 1981 and have been here ever since. Nara has been very good to us and was a wonderful place to raise our children, both now irrevocably out of the nest. I shortly before retiring from my English teaching career at a local university in March 2012, I stumbled into JapanTourist. Here I'll be sharing with everyone some of the places and things I like best about this great town and its surroundings. If you should happen to bump into me while sampling one of them, please say hi! 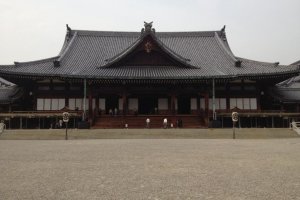 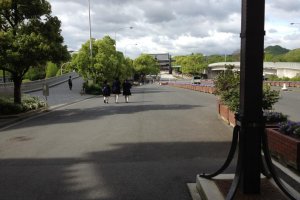 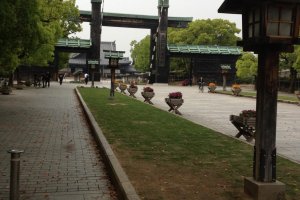 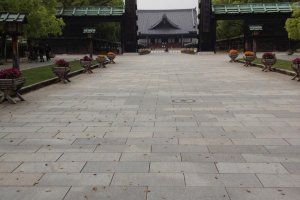 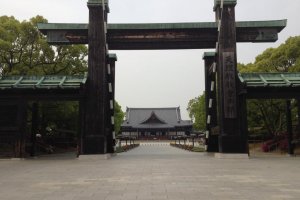 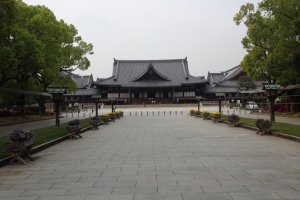