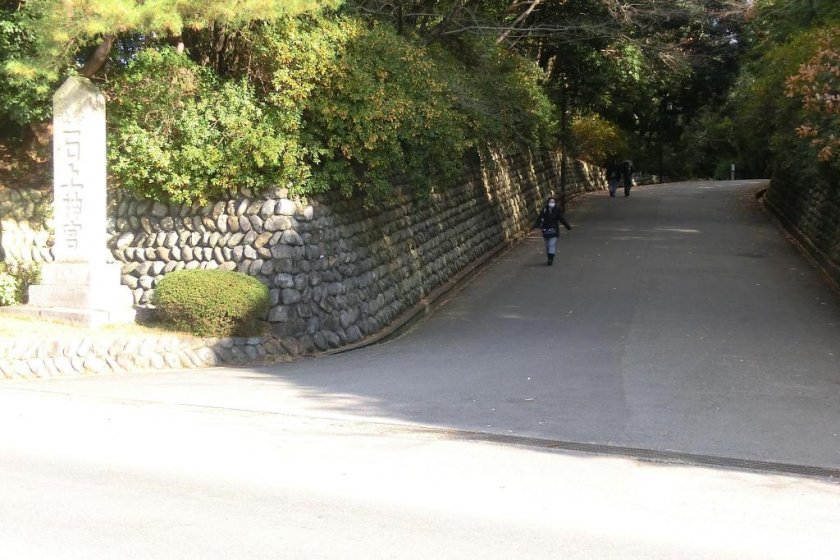 Isonokami Shrine, also known as Isonokami-Jingu, Isonokama-Futsu-no-Mitama Jinja (石上布都御魂神社) is a Shinto shrine located in the foothills of Tenri-shi in Nara, within walking distance of Tenri station. It’s a culturally significant shrine as it houses several national treasures such as the shichihito, a sword with six “prongs” on its blade and which is said to date back to the 4th century. The shrine is said to have been built in the seventh year of Sujin’s reign, or 4 AD, although as there is no direct evidence of Sujin’s actual existence, it can only be put down to legend. It's possible, however, that the shrine was built several centuries later. This area was considered sacred and many ritual objects have been found, and their adoption by Yamato leaders in the 4th century AD confirmed Isonokami’s place as one of sacred worship.

The shrine sits at the top end of Yamanobe no Michi, the oldest road in Japan, a walking trail that follows a route down into southern Nara, reaching as far as Sakurai city. Members of the Imperial family in Japan sometimes visit the shrine, which is surrounded by sugi or Japanese cedar. A waka poem from the Manyoshu anthology mentions Isonokami shrine as being surrounded by holy cedar trees.

During the Heian Period, it was designated one of the top 22 shrines in the country. It was also the shrine of the Mononobe clan who used it as an armory in olden days. Some of these remain as national treasures. The shichihito sword is also housed here, and though it was said not to have actually been used in battle, the sword is housed in a special storage room and taken out on special occasions and venerated. Here is an interesting video clip on the shichihito:

The shrine houses several important sword relics, including the Nanatsusaya no Tachi (七支刀), a seven-pronged sword housed in Isonokami Shrine; and the Kusanagi no Tsurugi, a legendary sword, said to one of the three Imperial regalia in Japan. According to the Kojiki, the Records of Ancient Matters of Japan, Emperor Susunoo used the sword to slay the Yamata no Orochi, a serpent with eight heads and eight tails. The shrine, however, does not allow anyone to actually see or inspect the sword.

In addition to the swords, according to the Shojiki, the shrine is also said to house ten treasures brought by Amenohibiko, a Korean prince, to Japan from Korea. These include not only swords, but mirrors (okitsu-kagami, hetsu-kagami), jewels (iku-tama, taru-tama, makarukaheshi-tama), and long scarves worn by women (orochi-no-hire, hachi-no-hire and kusugasa-no-mono-no hire).

There are many roosters roaming around the temple grounds, an unusual sight, but there is no special religious significance attached to their being in the shrine precincts. Entry to the shrine is free of charge and it is possible to simply roam around and enjoy the quiet atmosphere of the tranquil surroundings. 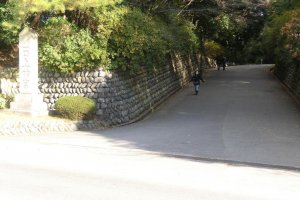 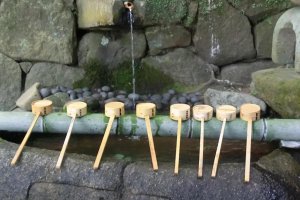 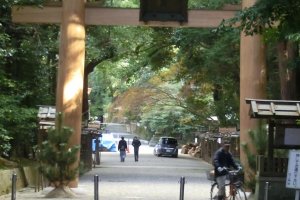 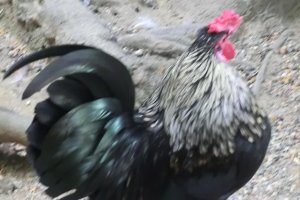 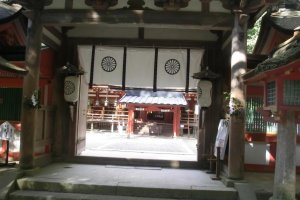 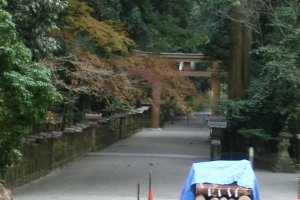 Elena Lisina 7 months ago
I love such places in Japan!
Reply Show all 0 replies
1 comment in total